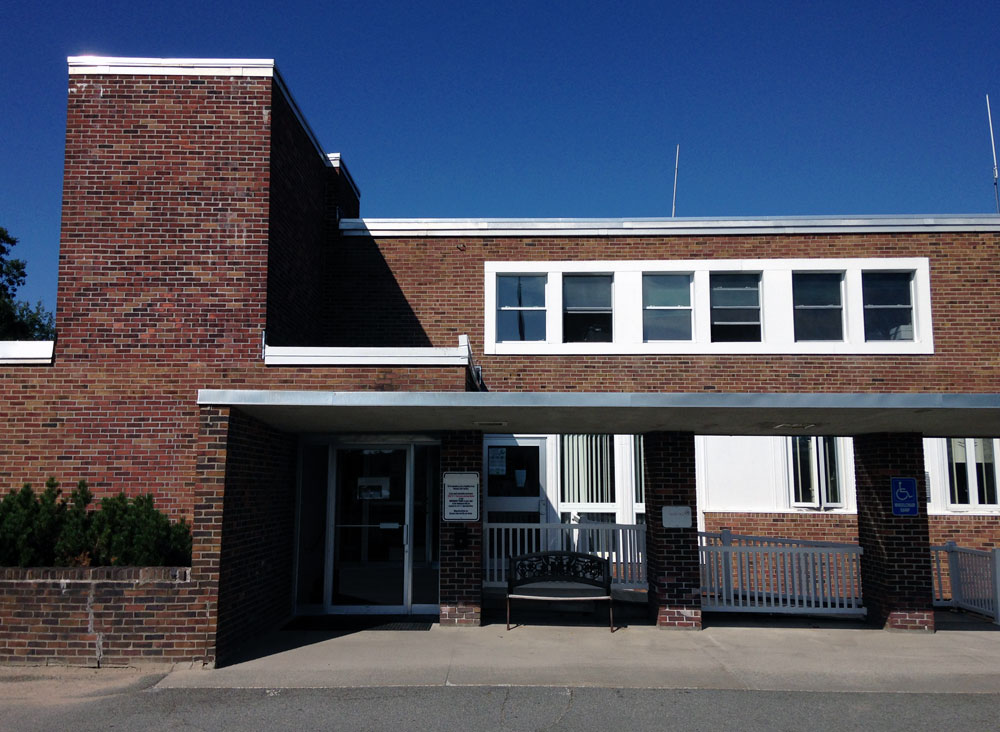 LAKE PLACID — The old hospital on Church Street has a new owner and will have its first tenant for the holiday season.

During their monthly meeting at the North Elba Town Hall, members of the North Elba Town Council Tuesday, Oct. 8 unanimously approved a resolution to take ownership of the former Adirondack Medical Center building, which was vacated this year by Adirondack Health and other tenants as offices and the part-time emergency room moved to the new Lake Placid Health and Medical Fitness Center on Old Military Road.

They officially took the purchase right option that was detailed in an agreement on Dec. 26, 1990, just as the Placid Memorial Hospital was to merge with the General Hospital of Saranac Lake to become the Adirondack Medical Center. An advertisement in the Jan. 2, 1991, issue of the Lake Placid News announced the opening: “January 1, 1991 marks a new year and a new beginning for PLACID MEMORIAL HOSPITAL and the GENERAL HOSPITAL OF SARANAC LAKE as the Adirondack Medical Center — One Hospital in two locations. Entering a new era in health care for the Adirondack Region.”

As soon as Adirondack Health trimmed its emergency room hours from 24 to 15 hours a day — 8 a.m. to 11 p.m. — seven days a week, on June 16, 2014, it allowed the town to take the exclusive purchase right option for the 7.17-acre property in the event the building was vacated in the future.

The 1990 agreement, obtained from town attorney Ronald Briggs, stated that the hospital must provide two “necessary medical services” for the town’s residents and visitors, which were one, primary health care services; and two, 24 hour, 7 day a week medical emergency room facilities and services.

“In the event Hospital, its successors or assigns, determines, in its sole discretion, to not staff and operate the existing hospital facility at and upon the property,” the agreement states, “by either abandoning, closing, selling or otherwise, resulting in depriving the two necessary medical services … at the existing facility, or at another equivalent medical hospital facility located and in actual operation within the territorial boundary lines of the existing (1990) district boundary lines of the Lake Placid Central School District in the Town of North Elba, New York, Town shall have the exclusive right to buy the property and the improvements.”

The purchase price was $10, and ownership was immediately taken that night.

“So we exercised our right to take the property back because the town could utilize the property for other uses,” North Elba town Supervisor Roby Politi said at the meeting.

After council members approved the purchase, Councilman Derek Doty approached the board with a proposal for the building’s first tenant. He said there was a request that the North Elba Community Christmas Fund use the building for its holiday giving operations this year. That request was unanimously approved.

The North Elba Community Christmas Fund is going through a transition this year as long-time organizers Shannon Porter and Britt Isham — both town of North Elba employees — are handing over the program to Cora Clark, a nurse for the Lake Placid Central School District.

“I’m going to make some checks prior to using it,” Clark said by phone.

In the past, the North Elba Community Christmas Fund gave away toys and clothing at the North Elba Town Hall and used the town highway garage on Cascade Road to pack the Christmas dinner boxes before distribution.

Politi also said the state Olympic Regional Development Authority is interested in possibly using the property for office space and additional housing for athletes next door at the U.S. Olympic & Paralympic Training Center. ORDA owns the training center, and it is operated by the U.S. Olympic Committee.

Asked to expand on Politi’s comments at the meeting, ORDA Communications Director Jon Lundin wrote in an email, “we are looking forward to discussing the future uses for the hospital property with the town.”

During a budget hearing last fall, Politi said the current hospital would be demolished to make way for a new facility — a “Center for Sports Excellence” — that would be an extension of the training center on Old Military Road. Extra housing will also be needed for the Winter World University Games in 2023, which is expected to attract 2,500 college athletes from around the world.

Last year, Lundin wrote in an email, “the Town of North Elba has offered the eight-acre parcel to ORDA, we are in the preliminary stages of reviewing that plan.”

At the Oct. 8 meeting, however, Politi said ORDA officials were only discussing office space in the hospital and additional housing to be built closer to the training center property.

“I would still say we should really strongly consider carving up part of that property for affordable housing,” said Councilman Bob Miller.

The town will now have to spend extra money to heat the building, which Politi said would be discussed during budget meetings.

The Placid Memorial Hospital opened as a 50-bed facility on Feb. 4, 1951, and it included basic surgical, emergency, maternity and other related departments. The maternity ward closed in 1972. The building replaced the Lake Placid General Hospital on Lake Placid Club Drive, which was located across the street from the tennis courts. It was torn down in 1978 and in its place was built the Winterset Inn, in time for the 1980 Winter Olympics, which later became the National Sports Academy and soon will be the Lake Placid Inn hotel.