New studio for music and art 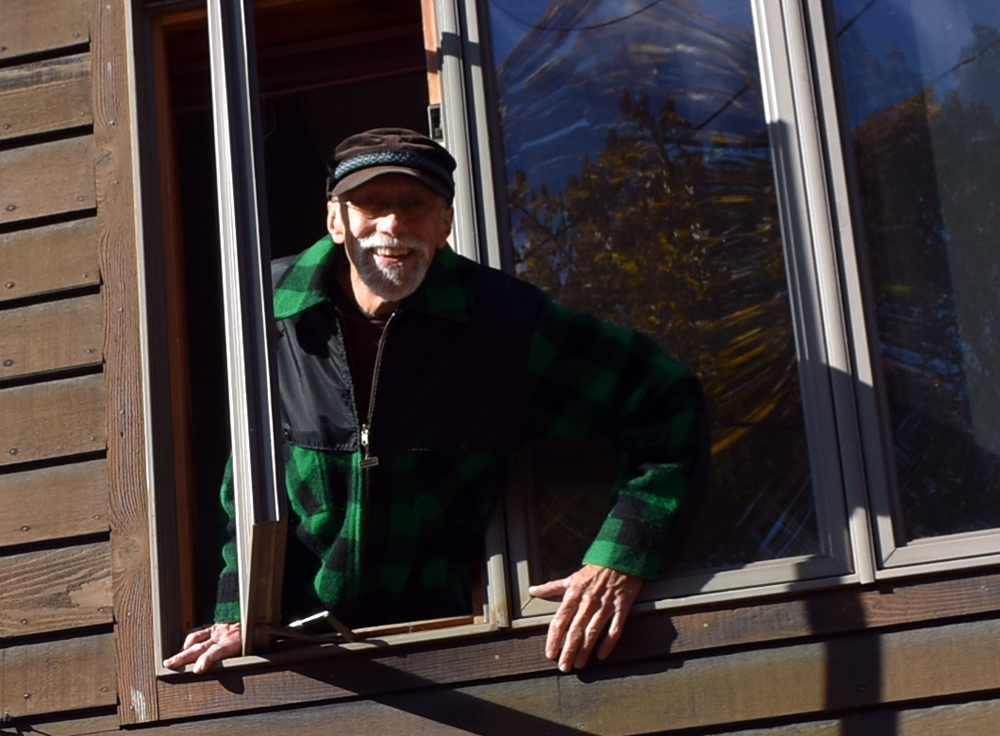 SARANAC LAKE — Saranac Lake is often seen as the artistic center of the Adirondacks. Dave Filsinger of Bloomingdale noticed this and wanted a place where all media can mix, create and collaborate.

Filsinger’s new business, Trestle Street, will be a lease-based community hub with a focus on arts and music. He converted the rooms of a former addiction services outpatient center into intimate studios for painting, photography, jamming, band practice and music lessons.

“I would love to see the calendar full of jam groups and all of the studios filled with artist and music educators,” he said. “I realize things will ebb and flow, and whatever the needs of the community are, I will ebb and flow with them.”

Trestle Street is at 91 Woodruff St., next to a small trestle bridge of the state-owned railway that runs through Saranac Lake, hence the name. The building was modernized in its conversion by St. Joseph’s Addiction Treatment and Recovery Centers, and is unrecognizable from its 1890s origins as a house and then a tuberculosis cure cottage. 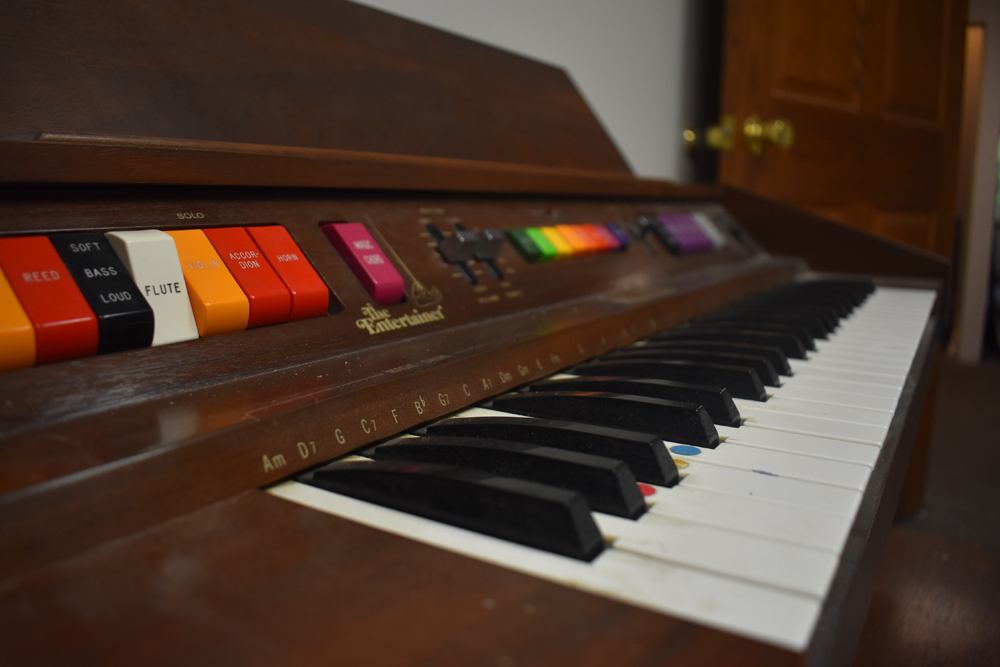 Photographer Carl Rubino of Wilmington will be one of Trestle Street’s first tenants.

“I think it’s a fantastic idea for a business,” Rubino said. “The hope is to have a multitude of artists from different media coming in and mingling. I think it’ll create a collaborative environment rather than working in isolation.

“I wanted a space there because Saranac Lake is the art hub of northern New York,” he added.

Rubino currently works out of a studio in his house, which isn’t that big.

“It’s half the size of what’s at Trestle Street,” he said. “There’s not enough space, and I’ve got to stack a lot of things on top of each other.” 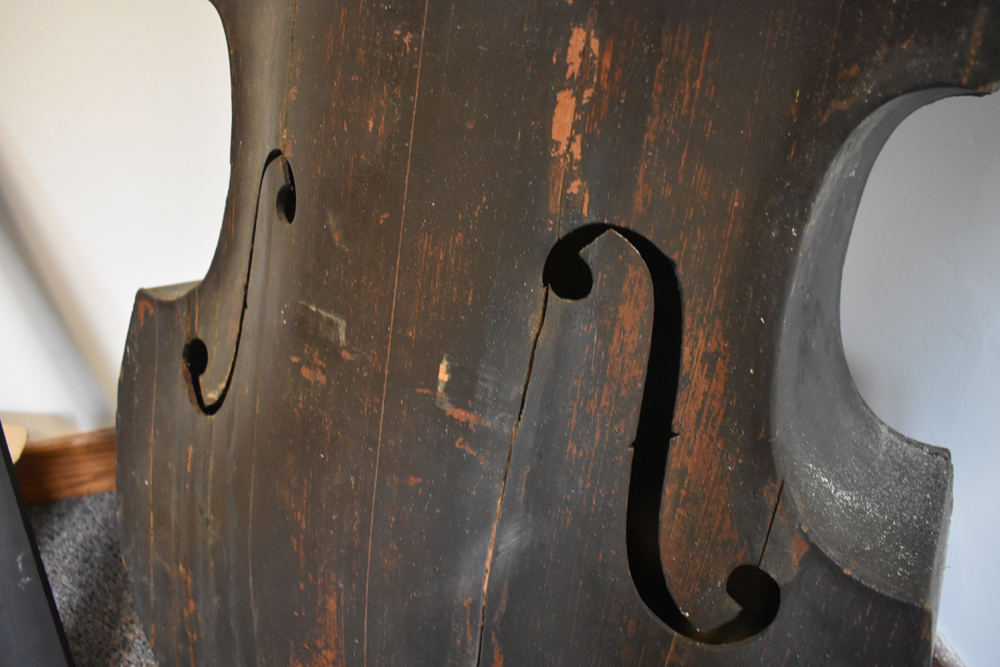 Rubino said he plans for his studio to be a multi-use space where he can organize his business, take photographs, hang his pieces, paint and reboot his singer-songwriter career.

“I’d like to get back into music and maybe do some demo recording,” he said.

Travis Jefferey, who had a personal and working relationship with famed folk artist Pete Seeger, said he’d like to occasionally teach banjo, guitar and songwriting lessons at Trestle Street. Like Rubino, he said he enjoys the concept of networking with other artists.

“Forever, not just in this country, artists would get together at a cafe or someone’s house, and you’d share ideas. You get inspired and meet people you wouldn’t ordinarily meet. Hopefully, (Trestle Street) will take off and add to the already pretty vibrant artistic community we have here.”

Adding to Trestle Street’s sense of exploration, Filsinger has one upstairs room that will act almost like an instrument library, where people are welcome to try playing donated instruments. The inventory will build, Filsinger said, but right now, one of the main pieces is a Kimball electric organ.

Jim Derzon and his wife Regina moved up to Saranac Lake from Maryland about a year ago. Filsinger encouraged them to join local music groups, the Blue Line Ukulele Ensemble and Slow Jam.

“Dave’s a real connector, and his vision for Trestle Street is very in line with what we think of for a community,” he said. “It’s the kind we wanted to be a part of. Music is a great way to bring people together no matter what level of experience you’re at.”

“I only started a few years ago, but the nice thing about the ukulele is that it’s got only four strings, so it’s pretty easy to make some noise on it,” he said. “I’m hoping to do some mentoring and shared what I’ve learned.”

Though Trestle Street is a business, Filsinger said he’s focused more on community impact than profit. He said he talked to dozens of local artists over the past few years, asking what would be a good resource for expert and novice creatives.

“I come from a long line of community volunteers,” he said. “I grew up in a small hamlet the size of Bloomingdale in western New York. My parents and I volunteered in many organizations, and that instilled in me the need for pitching in and furthering these rural areas.”

Trestle Street has a similar concept to the Carry, a shared office space on Academy Street. Filsinger said he likes these business models.

“I think it’s great,” he said. “We need to attract and retain young families. I think Saranac Lake is moving in that direction. I want to be part of that in a responsible and environmentally green way. I see that the only way our community will grow is if we offer things like Play ADK (a children’s museum currently in the planning phase) and Trestle Street.”

More information on Trestle Street can be found at trestlestreet.org.