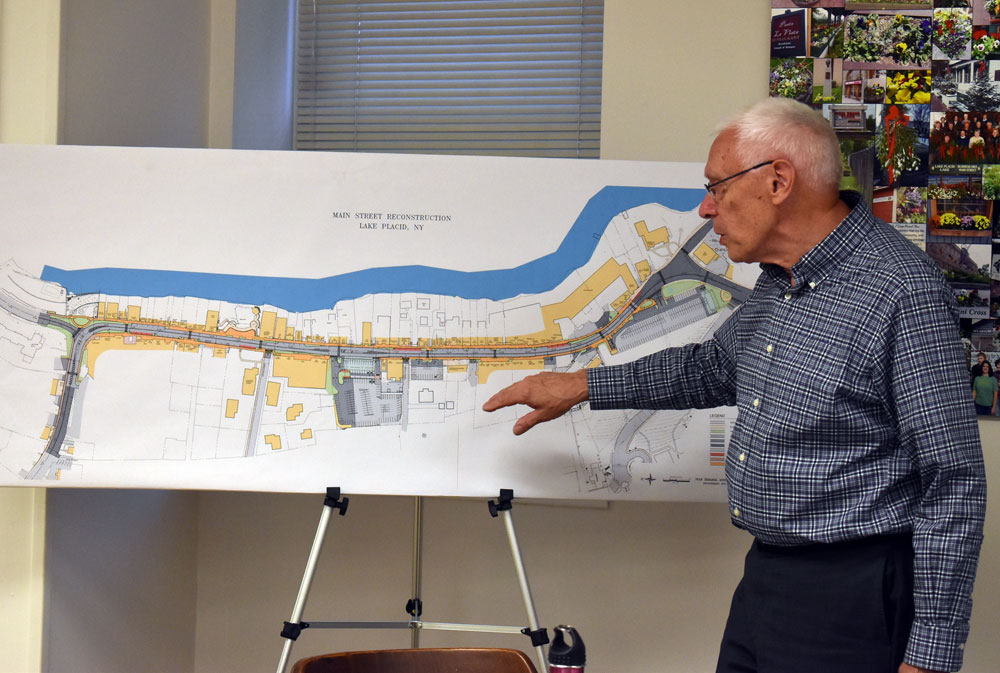 LAKE PLACID — The village has announced the names of 15 people who will serve on a task force responsible for piecing together a comprehensive plan for the future of Main Street.

People named to the task force are as follows:

¯ Donna Beal, executive director of Mercy Care for the Adirondacks.

The Main Street task force will have three months to put together a comprehensive plan for the Main Street streetscape. They’ll be asked to explore different options for sidewalk aesthetics, landscaping and potential parking solutions, which may include the construction of a parking structure across the street from NBT Bank.

Randall unveiled preliminary concept designs for the Main Street upgrades at the village board meeting Monday. The designs included new paving and layouts in existing parking lots, a parcel where a parking garage could be built, updated traffic lanes and expanded sections of greenery designed to absorb stormwater runoff.

The task force met for the first time on Monday at the Beach House on Mirror Lake. The meeting was not advertised in advance for the public to attend. Randall said it was “very productive.” The next meeting is expected to be held on Oct. 30.

(Correction: The spelling of Dean Dietrich’s last name has been corrected.)