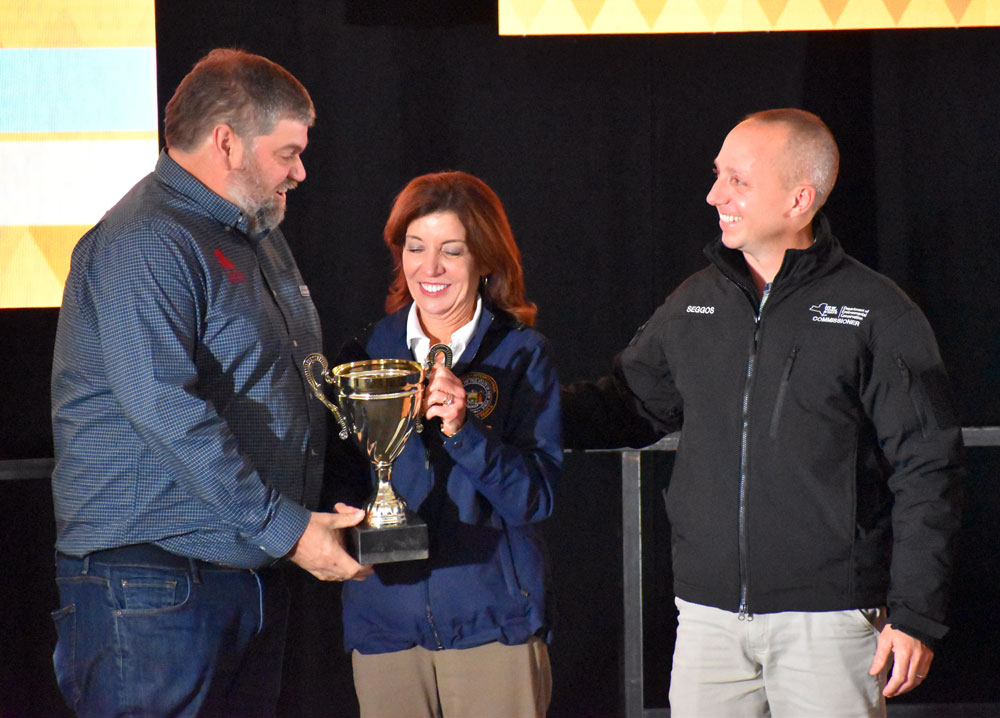 WILMINGTON — Beer from the Lake Placid Pub & Brewery will be on tap at the Executive Mansion in Albany for the next year.

The local brewery, home of the award-winning Lake Placid Ubu Ale, was named the Governor’s Best in Brew at an awards ceremony Friday. The ceremony, at the Whiteface Mountain Ski Lodge, closed out the first-ever I Love NY Adirondack Oktoberfest, an Adirondack Challenge-style event designed to promote tourism.

The Lake Placid Pub & Brewery was chosen by approximately 450 attendees of the event as the best among 15 other New York breweries showcased there.

In addition to being served on tap at the Executive Mansion for the next year, the brewery will have the opportunity to showcase their beer with 12 taps at the 2020 Great New York State Fair and with two taps at the Whiteface Mountain Ski Lodge.

The Lake Placid Pub & Brewery’s Lake Placid Ubu Ale was awarded a silver medal in the Strong/Imperial Ale category at the 2019 U.S. Open Beer Championship in Oxford, Ohio, in July. The beer was chosen from more than 7,000 entries from breweries as far away as Russia.

At the Oktoberfest event, the state also announced the launch of the Empire State Trail Breweries Passport, an app built in collaboration with the New York State Canal Corporation and the New York State Brewers Association. The app will allow users to visit craft breweries along a designated trail, check-in and earn points on their passports, according to a news release from Gov. Andrew Cuomo’s office. With the points they receive from visiting the more than 200 breweries located within 10 miles of the proposed trail, visitors can earn “Empire State Trail” branded T-shirts, glasses and other swag.