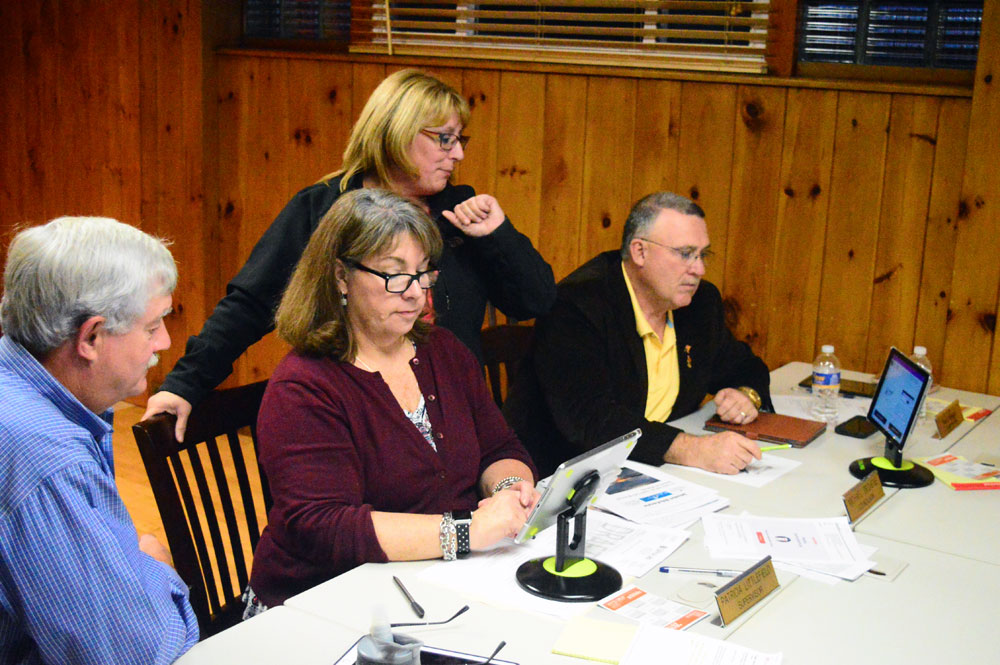 TUPPER LAKE — Early voting will be held for the first time in Franklin County this year, from Oct. 26 to Nov. 3, before election day on Nov. 5, but the only polling site will be in the north end of the county, Franklin County Republican Commissioner of Elections Tracy Sparks said, due to security concerns.

Sparks told the Tupper Lake town board at its Oct. 10 meeting that the county does not have the money or the technology this election cycle to operate two early voting polling centers, at least not as securely as she would like.

Sparks, a Tupper Lake native, said she understands the “north/south dilemma,” referencing the concerns south-end residents have that they do not receive as many services as those in the north, where the county offices are housed in Malone. However, she said she does not feel the county has the resources and knowledge to guarantee security for two early voting sites yet.

“There’s nobody in the state we can really go to about it because its new to everybody,” Sparks said. “I need to make sure that the integrity of the elections are never compromised. Period.”

Councilman John Quinn, a Democrat, was not happy to hear that early voting will only be held in Malone.

“This is discriminatory to the south end,” Quinn said.

Sparks said the county needs to prevent people from double-voting for the nine days of early voting. Sparks said to keep someone from voting in Tupper Lake and then driving to Malone and voting again, the Tupper Lake site would need to be hooked up to WiFi, which is costly and may compromise the system’s security.

Sparks said the board of elections works with the U.S. Department of Homeland Security and the Federal Bureau of Investigation to secure its elections. These agencies warn against using WiFi-enabled devices, reusing thumb drives to transfer data and printing off certain voting information early to give to the press.

Sparks said Franklin County received $66,000 from the state for early voting, which she said was not as much as Gov. Andrew Cuomo had led them to believe they’d get. She said the county is spending $59,000 on the one early voting site this year.

She said Democratic election Commissioner Brandon John Varin wanted to have a southern-end early voting site. But Sparks said she is not confident that is a good idea yet. The early voting site at the Malone courthouse has a secure system that allows the two of them to prevent people from double voting without hooking up their machines to the internet.

When Quinn asked if the county will run two early voting sites next year, Sparks said she would like to have a southern location in the future, but she couldn’t guarantee there would be one for next year’s presidential and congressional election.

For the first year the county will also use “poll pad” electronic tablets instead of pen and paper poll books. The iPads will be loaded up with the names of the 25,000 registered voters in Franklin county.

Fontana and Luton gave their names, which were the default names “George Q. Washington” and “Georgia Q. Wassa.” George Washington, the first U.S. president, did not have a middle name so the letter “Q” is used in its place.

The two voters signed the pads and the election inspectors verified the signatures against the ones on file. The gadgets sounded a “bling” when the match was confirmed. At that point the voters would get their paper ballots and vote as normal.

Since the state can’t send out paper poll books until Nov. 3, all early voting will be done with poll pads. Since people will be coming from all over the county to vote early, the county has opted to purchase a “ballot-on-demand printer,” which can print ballots from any of the county’s districts.

Election supervisors can “spoil” ballots from the pad if a voter messed up their first one. At the meeting, Sparks instructed Fontana and Luton to attempt to vote twice, which the pads recognized and warned the inspectors of.

“I’m going to early vote in Malone and then I’m going to come to Tupper Lake on election day and try to vote,” Littlefield said.

“And I think that’s good!” Sparks said. “You should be arrested, because, like, it’s against the law, but obviously if you have people that want to check it out, I think that’s important.”

Sparks said the county will not release any data from early voting, except for the number of early voters, until the polls close at 9 p.m. on election night.