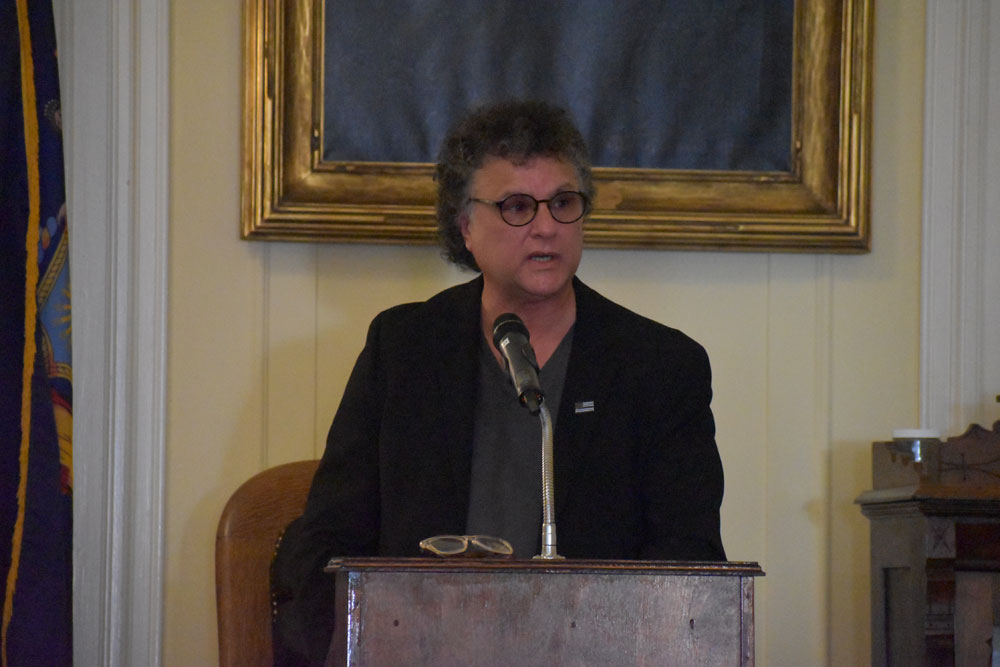 ELIZABETHTOWN — Essex County’s new coroner regulations are being put on hold as funeral homes around the region decline or defer signing contracts with the county to transport human remains.

The county’s coroner law, which effectively shifted the responsibility of transporting human remains from coroners to funeral homes, originally took effect Sept. 1. On Monday, the county Board of Supervisors passed a resolution moving the effective date indefinitely, according to county Attorney Dan Manning.

Since the law was adopted, only one of at least 12 funeral homes contacted by county officials has signed on to transport remains. Of the 12, seven are located in Essex County, four in Clinton County and one in Warren County.

“We do have some funeral homes that are not interested in doing transport,” Manning said last month.

Others are reluctant to sign the contract because of insurance requirements — the contract asks funeral homes to add the county to its insurance policies — or as a result of disagreements over the county’s $400 removal reimbursement and stipends. Some funeral homes, like the Edward C. Kelly Funeral Home in Schroon Lake, say they’re waiting for more information before making a decision.

Funeral home owner John Kelly said he wants to see “official documents” before deciding, but said he’s willing to do transports for the county and has been doing transports for years.

The Heald Funeral Home, based in Elizabethtown, appears to be the only funeral home so far that has agreed to the contract terms put forward by the county. That funeral home is run by Jay Heald, a licensed funeral director and one of the county’s four coroners.

“The new regulations have been set for a reason,” Heald said in an email. “As a funeral director and owner of a funeral home (the law) won’t affect me either way. Essex County is one of the few counties in our area that allowed coroners to do the removals.”

Manning said last month that county officials have discussed whether “the rest of the funeral homes willing to do it can cover” the entire county. On Thursday, he said after weighing the funeral homes’ concerns, the county plans to send out a revised version of the transport contract next week.

In the meantime, it’s business as usual, according to Manning.

“The law has been passed, and the law says funeral homes do the transport,” he said. “Coroners can continue to do transport until we get this settled.”

One of the county’s four coroners, Frank Whitelaw, is considering legal action against the county for allegedly failing to adequately reimburse him following the law’s original effective date.

According to the law, coroners are due an additional $200 per case payment above their $4,529 annual salary after they’ve responded to more than 15 calls in a single year.

In the first two weeks of that month, he said he responded to seven calls. When he surpassed the 15 call threshold, he began submitting invoices to the county.

But when he submitted his invoices, he was told by county auditors that the law’s effective date had been pushed to Oct. 1. When he asked for written proof of that, an auditor told him in an email that “it was verbally communicated to us by Dan Palmer, Dan Manning, and the Finance Committee.”

“I’m entitled to that money,” Whitelaw said. “I’m not doing this for the pay, but they put this in the law. I started charging it and now they’re denying it.”

Asked about Whitelaw’s allegations, Manning was unfazed. He said the county didn’t have to start paying that stipend until the start of the next year.

“I think we’re on solid ground there,” he said.

Beyond the alleged failure to release stipends, Whitelaw said the rollout of the new coroner regulations was a “disaster.”

He cited his experience on a specific call, where a man had died at the High Peaks Resort in Lake Placid, as an example of the delay that resulted when the new regulations took effect.

The man’s family was from Malone, and wanted a funeral home in Malone to take his remains, Whitelaw said. In the past, he would’ve been able to remove and transport the body immediately after law enforcement had photographed and documented the scene. But he was no longer responsible for transport.

For expediency, Whitelaw said he called the nearest funeral home to do the transport, but that funeral home director wasn’t immediately available. Ultimately, the process of removing the remains took three hours, he said.

“This was what I had warned the county about,” Whitelaw said.

Manning said last month the county continues to discuss the regulations and other rules to supplement the coroner’s law, and expects to continually make updates as issues arise.