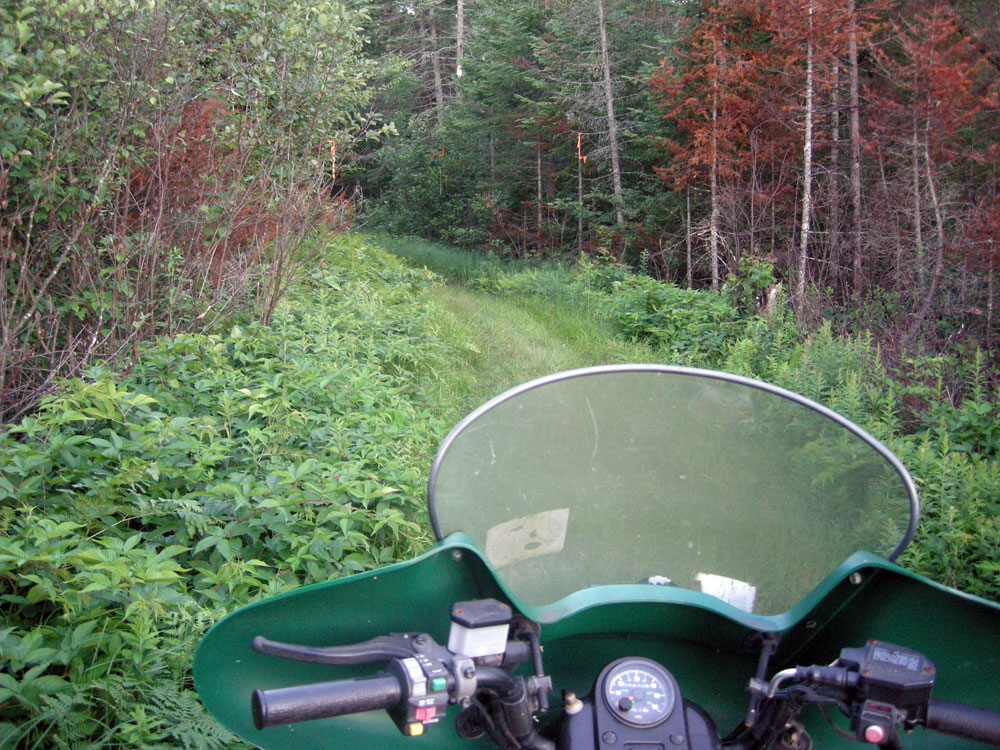 All-terrain vehicle riding is allowed on private land in the Adirondacks but is not allowed on state-owned Adirondack Forest Preserve land. (Enterprise file photo)

The Adirondack Council filed a lawsuit Monday against the town of Clare in St. Lawrence County over its use of a road through Forest Preserve for an all-terrain vehicle trail.

In a press release on Monday, the Council said it does not want to keep litigating the issue of where ATVs are allowed. The lawsuit seeks to overturn a law passed earlier this year by the town of Clare that authorized the use of the road as an ATV trail.

“We don’t understand why we have to keep fighting this same battle over and over again. We don’t want to keep wasting our time and money, and local taxpayers’ time and money, to reargue the same points,” Adirondack Council Executive Director Willie Janeway said in the release. “But we have no choice. If the State Department of Environmental Conservation will not do its job we will defend the Forest Preserve, stand up for the law and prevent destruction of the park’s priceless natural resources.

“We are troubled to have to bring this lawsuit. We believe this trail system will be found to be illegal, just as the similar systems in the Town of Forestport and in Lewis County were found to be illegal, when we sued to overturn those. The Clare law uses a long section of automobile roadway as part of the trail. There is no attempt to connect legal trails or riding areas to one another. That is required for the use of even a short section of road.”

The Council, which also asked for court and legal fees in its lawsuit, said the trail would violate both state Conservation Law and Vehicle and Traffic Law.

“ATVs have their place in this Park on private lands, farms, construction sites and logging operations, but as an off-road recreational vehicle, they are in the wrong place on public roads,” Janeway said in the release. “With rare exceptions, they don’t belong on State-owned Forest Preserve either, unless used for search and rescue, for actions relating to the management of the natural resources, or in providing access for persons with a disabilities.”

The lawsuit cites as precedent a 2004 case in which a private landowner sued the town of Colton, plus a 2007 lawsuit by the state that closed a number of ATV trails in the town of Horicon.

According to the DEC’s annual forest ranger report, illegal ATV use on Forest Preserve lands is a major draw on rangers’ time. Rangers wrote nearly a ticket for each day of the year, on average, for illegal ATV use in 2017.

“Continuing a trend of the last three decades, the most problematic activity encountered by Rangers was the illegal use of all-terrain vehicles (ATVs) and snowmobiles on state land,” the report says. “In 2017, Forest Rangers made arrests and issued 353 tickets for violations involving ATVs. There were another 220 tickets for snowmobile offenses.”