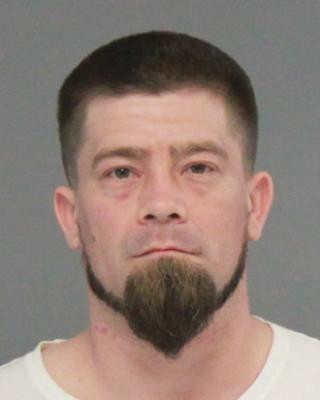 David Bova is seen in April 2019 after his March arrest. (Photo provided)

Bova’s case was scheduled to go to trial at the Clinton County Courthouse, starting with jury selection at 9 a.m. Tuesday, but he decided to plead guilty to five of the six counts against him.

After Clinton County District Attorney Andrew Wylie outlined the possible sentences for the accused charges, Judge William Favreau walked Bova through verbally pleading guilty to the charges while ensuring he understood the ramifications.

His guilty plea satisfied the charge of first-degree reckless endangerment, according to a press release from the Clinton County District Attorney’s office.

Police said Bova, 30, shot Goyette, also 30, in the head while she rode in her mother Michelle’s pickup truck on March 13, following several verbal altercations between Bova and Magen the night before and the morning of.

According to a statement Bova gave to State Police after his arrest, he used a 9 mm Hi-Point rifle to fire at the Goyettes’ pickup truck as it drove toward him on Silver Lake Road in the town of Black Brook, but Bova stated, “I’m not sure if I hit the truck or anyone in it.”

The attempted murder charge stemmed from Michelle also being in the truck with Magen when she was shot.

The second-degree murder charge carries a maximum sentence of 25 years to life and a minimum of 15 years to life. The attempted murder charge carries a maximum 25-year determinate sentence with two-and-a-half to five years of post-release supervision and a minimum five-year determinate sentence with the same post-release supervision.

Following Bova’s guilty pleas, Favreau issued a directive that Bova’s defense attorney James Tyner, of Latham, be allowed to be present for any interviews of Bova during the pre-sentencing investigation.

Bova was then sent to Clinton County Jail until his sentencing, scheduled for Dec. 19.