Big steps ahead for River Walk

Two sections are closed, the village may reroute it, and an extension to Woodruff is on hold 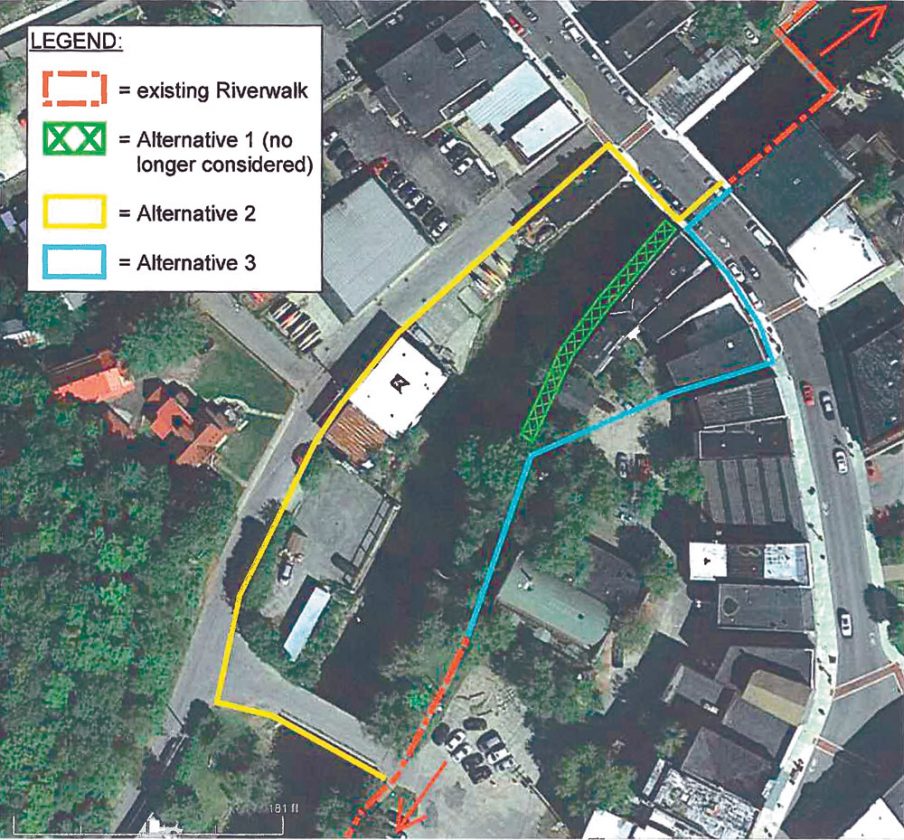 SARANAC LAKE — This village is planning on making additions to its River Walk with the goal of filling in the gap between the Dorsey Street and Broadway bridges.

Consulting firm Barton & Loguidice has provided three design plans for the River Walk to the village Board of Trustees. Village Community Development Director Jamie Konkoski said the village will hold a meeting in early November for public input. The designs can be found in the Monday, Oct. 15 board agenda packet at saranaclakeny.gov.

Currently, the 3-mile round-trip River Walk starts behind the village police department at 1 Main St. It follows the Saranac River to the Dorsey Street bridge and parking lot, where it breaks off. It then picks up again on the Broadway bridge and finishes at the Tops supermarket parking lot at 156 Church St.

Barton & Loguidice initially proposed three alternative plans for the River Walk with the main objective of making it one continuous path; however, the first plan is no longer being considered. 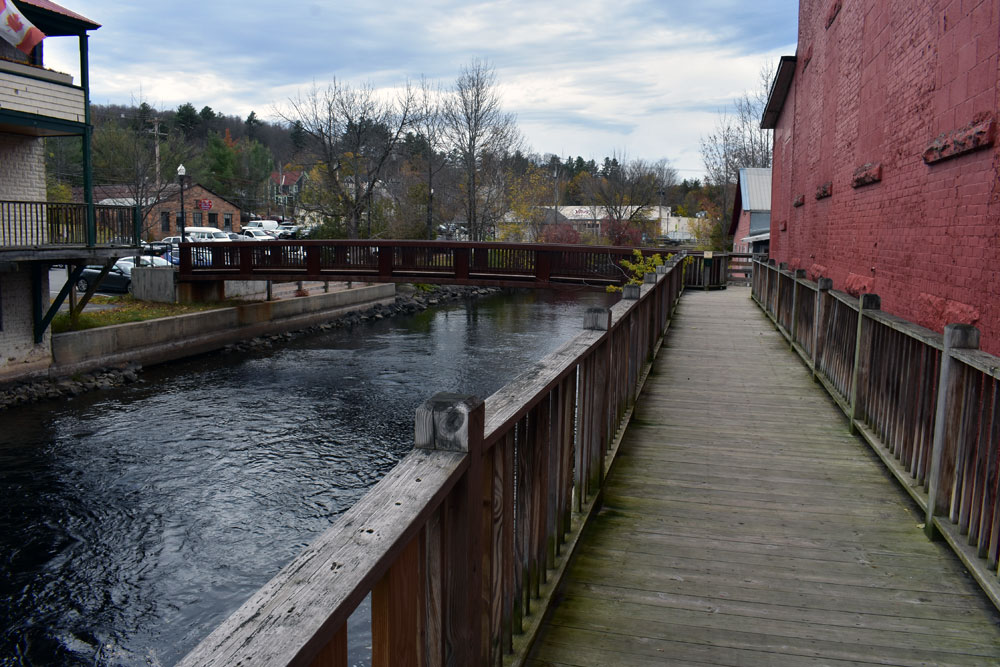 Alternative 1 would’ve seen the River Walk extend along the river at the Dorsey Street bridge and continue to the Broadway bridge. To do that, though, would require cutting through private property and sharing space with the former Dew Drop Inn at 27 Broadway. Also, Barton & Loguidice said a walkway in this area would most likely be affected by floods.

The second design idea would see a wider pedestrian walkway added to the Dorsey Street bridge and enhanced sidewalks along Dorsey Street. People would walk this route and continue on to the River Walk structure off of the Broadway bridge.

Barton & Loguidice said this plan would be compliant with the Americans with Disabilities Act, it wouldn’t be exposed to flooding, and it could help bring more foot traffic to St. Regis Canoe Outfitters.

However, because Dorsey Street is narrow, widening the sidewalks could result in the thoroughfare becoming a one-way street. This plan also wouldn’t keep people on one continuous path.

The third idea would keep the River Walk on the side of the Dorsey Street parking lot and extend the path through an alleyway between the Adirondack Center for Loon Conservation and the empty storefront next door.

This route would also be ADA compliant and avoid floods. However, it would require permanent easement agreements, displace parking behind the Loon Center and also not keep people on one continuous path.

At the Monday, Oct. 15 village board meeting, the board took an unofficial straw poll and voted in favor of Alternative 2. However, most of the trustees said they would’ve preferred an option like Alternative 1. The money to complete this section of the River Walk comes from a state Department of State Local Waterfront Revitalization Program grant, which expires in March 2020, so a decision on the design has to be made relatively soon.

“We are exploring some other options right now, but we will make a decision in the next few weeks,” village Mayor Clyde Rabideau said in a phone interview Tuesday.

In early September, Bruce Darring blocked off the section of the River Walk that runs through his property at 3 Broadway. He, his wife Katie Stiles and their lawyer have submitted letters to the village in the past explaining some grievances. They didn’t want to comment at this time, but Rabideau said the pair has brought up issues of noise complaints and pet owners not cleaning up after their dogs.

“(The village does) have a right-of-way there, so we could open it back up,” Rabideau said, “but we want to do the right thing and work with them on the issues they’ve raised.”

Another part of the River Walk, the area behind the Harrietstown Town Hall at 39 Main St., will need renovation, according to a letter to the board from North Woods Engineering Principal Engineer Joseph Garso.

After a site visit for a load rating in September, Garso said he found “severe rusting and section loss of metal fasteners and joist hangers.”

“This is widespread,” he added.

Rabideau said village Manager John Sweeney has already closed off the River Walk from the state Route 3 overpass to behind Rice Furniture.

“It’s been 20 years, so even though the metal is galvanized, they’ll still rust out,” he said.

“We will get to the boardwalk, but it’ll probably be closed all winter because we also need to get (state Department of Economic Conservation) permits,” he added.

Another construction aspect of the River Walk is having it extend from the Tops parking lot to Woodruff Street. Konkoski said that would be a project for a later date. That portion would be paid for in part by the state Downtown Revitalization Initiative grant money Saranac Lake was awarded last year.