Band takes audience to another dimension

The Mountain Carol isn’t afraid to get weird 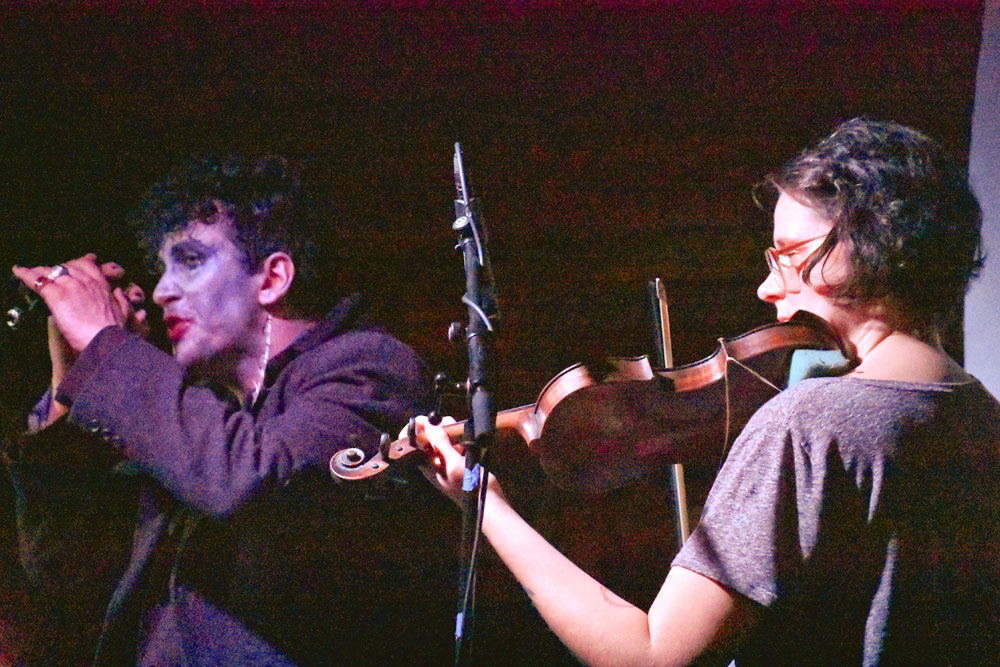 UPPER JAY — The North Country is full of folk and bluegrass groups, so a band with the name the Mountain Carol sounds like it might fit right in. However, its sound is anything but traditional. Instead the group offers ethereal synthesizers, songs about other dimensions and a lady in a morph suit affectionately referred to as a shadow creature — or by the name Starkiller.

“The Mountain Carol name gets us into a lot of places, and when we get there, people are like, ‘This isn’t what we were expecting,'” lead singer Bruce Wilson said in a phone interview Tuesday. “That was never the intention, though. The name has a couple of different meanings. It reminds me of Christmas carols, and our songs are little jingles we pick up along the way. I think Carol Mountain was Brian Wilson’s (of the Beach Boys) muse.

“Carol is just a nice word.”

The electro-pop band will perform at the Recovery Lounge in Upper Jay Friday at 8 p.m. Also performing that night is the Burlington-based alternative band Roost.

Wilson, along guitarist Austin Petrashune and drummer Matt Hall, creates an eccentric sound. The synthesizer is cosmic, the guitar meanders into surreal parts unknown, and Wilson’s occasionally mumbled vocals are like a dissonant dream. In songs such as “Dino” and “The Party’s Over,” sometimes you catch a phrase or two, but a lot of times you get lost in the otherworldly vibe. 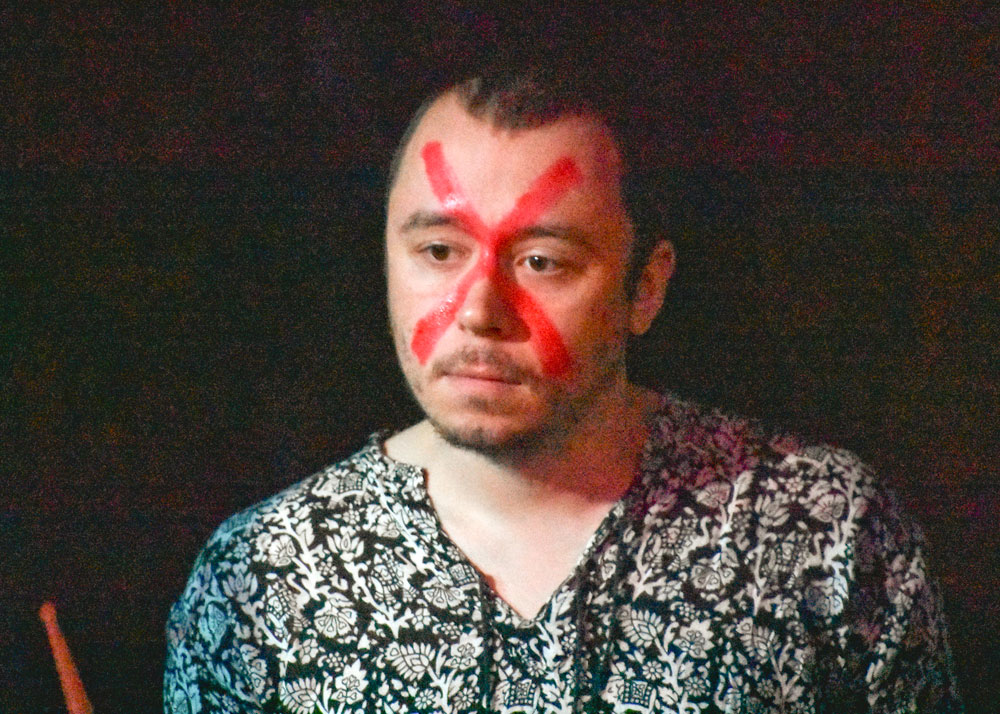 “The songs all start with melody,” Wilson said, “and then I find good chunks of words about ancient times and other dimensions. We like to poke at a new world or things people never heard of it — give them something new to digest.”

In the North Country, especially around Plattsburgh where the Mountain Carol occasionally performs, jam and funk music reigns supreme. With it being a college town and also having the funk-jam-heavy city of Burlington, Vermont, just across the lake, much Plattsburgh music is geared toward dancing and partying.

“I do enjoy jam music,” Wilson. “In the moment, it can be really fun, but it also kinda backed me into this area of no other kinds of music. So I wanted to create the type of music I wasn’t able to hear locally.”

The Mountain Carol has only been an established band for the past few years, but Wilson and Petrashune started making music together more than a decade ago.

“Back then we sound a lot more like the Who,” he said. “Our original band name was Rikki-Tikki-Tavi (a reference to Rudyard Kipling’s short story of the same name). One of our friends used to describe us at the Monty Python of bands.” 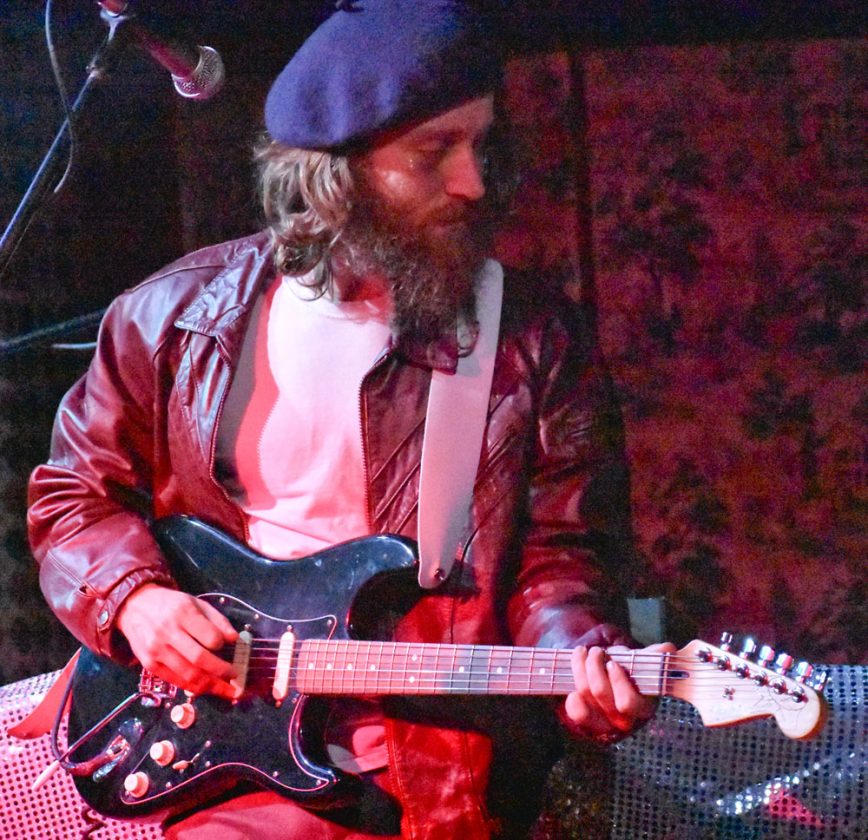 For a long time, Wilson stuck with drums and percussion, and rarely sang. It was about three years ago when he first started practicing piano, synthesizer and vocals.

“The piano became a little bit of an addiction,” he said.

Wilson grew up in and lives toward the edge of Saranac, near Black Brook.

“Right in the middle of nowhere,” he said. “But I had a really rich childhood. I come from a very humble background. We didn’t have a lot, but that’s all right because we didn’t know the difference. I spent a lot of time in the woods and rivers and mountains.”

“Seeing footage of him performing was just so impressive,” he said. “I think anyone who’s seen him would say the same.”

Now Wilson said he’s been listening to a lot of Kate Bush, an art-pop singer who started her career in the ’70s.

“She’s, like, my spiritual mother,” he said. “I’ve been listening to her nonstop. In a way, I feel like she beat me to the punch. Almost makes you feel like, ‘What’s the point?'”

Wilson said he doesn’t mind comparisons. Every band wants to be original and have its own style, he said, but being compared to a band or artist people like is appreciated, too.

He has this infectious happy energy over the phone. He’s just so thrilled to be talking about music and where he’s from. Even if electro-pop isn’t your favorite sound, Wilson and the Mountain Carol have a welcoming quality that permeates preferred genres.

“Oddballs” is how Wilson likes to describe the Mountain Carol on stage. Whether it’s his face paint, which makes him look like a cross between the Joker and Robert Smith from the Cure, or the shadow creature slowly maneuvering between band members, the Mountain Carol delivers a weird and, to some, satisfying performance.

“I love the theatrics of entertainment,” Wilson said. “A little bit of glam comes with the band, and Starkiller, the shadow creature, she’s just an alien that decides to pop up at our shows.”

Wilson said it can be a little nerve wracking before he gets onstage.

“I love playing locally, but when you play locally you have friends and family that don’t really know that side to me,” he said. “That part of me feels private, but it’s obviously not. When I get up there, I think, ‘Alright, just let it all go.’ I’m normally only up there for, like, an hour or 45 minutes, but feels like I’m free. Then when I get off stage, it’s like I’m nowhere and I’m lost.”

Who: The Mountain Carol and Roost

How much: $5 suggested donation