Woodworth to stay on as CEO 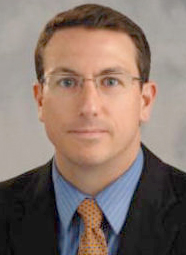 After just about a year of searching, the Adirondack Mountain Club (ADK) announced Wednesday that it has hired a new executive director as longtime leader Neil Woodworth prepares for retirement.

Michael Barrett, head of Missouri’s public defender system, will lead the outdoors group, while Woodworth will stay on as CEO. Missouri news media reported Thursday that Barrett had resigned his state position there.

“Michael, an avid outdoorsman and paddler, will be returning to New York later this fall, along with his wife Sebrina, who is the Executive Director of the Missouri Bar, his son Mason (13), and his daughter Molly (7),” an ADK press release said.

In an interview with the Enterprise late last year, Woodworth said ADK had planned on a lengthy overlap to ensure the new director is brought up to speed on Adirondack issues. He also said the club wanted a lawyer, like himself, to fill the position.

“We’re going to be looking for someone who has my advocacy skills, legal knowledge (and) the ability to bring a lawyer’s training to legislative issues before the DEC (state Department of Environmental Conservation) and Adirondack Park Agency,” Woodworth said last October. “We have been involved in many, many issues involving different kinds of plans, from the Forest Preserve in the Adirondacks and Catskills to big state parks like Letchworth and Allegany and Sterling Forest.”

These are “all issues or battles where it really helps to have a lawyer’s (skills),” Woodworth continued. “My background was as a litigation lawyer — who did appeals, motions and trials. I think the club believed that’s a good background in anybody who takes my place.”

Barrett is coming to the ADK after four years as head of the Missouri public defender system, though it was a fairly tumultuous reign.

The ACLU sued that state’s public defender system in federal court in 2017, under Barrett’s term, over the amount of work the state’s roughly 500 public defenders were doing. Barrett gained notoriety for appointing former Missouri Gov. Jay Nixon to defend a case in protest of proposed funding cuts for the department, though a judge later ruled Barrett did not have the authority to make such an appointment. The ACLU lawsuit was settled earlier this year.

According to ADK, Barrett is a former foreign language interrogator for the U.S. Army who obtained his law degree in 2002 and then worked as an attorney to the New York Assembly Codes Committee. He worked in the administrations of New York governors Eliot Spitzer and David Paterson.

William Janeway, executive director of the Adirondack Council environmental advocacy group, welcomed Barrett, saying, “His experience will serve him well as we all work to protect the park’s ecology, beauty and wilderness, and improve public recreation.”

Janeway also praised Woodworth, saying in a press release, “For more than 35 years, Neil produced results through his dedication, passion, expertise, knowledge, vision and ability to lead volunteers and staff. Neil has had an incredible positive impact on the preservation of wildlands, protection of and opening to the public of waters such as Little Tupper Lake, the Boreas Ponds, and education of outdoor enthusiasts. We also recognize his wife Holly, for all she has done and helped Neil accomplish, for the Adirondacks, New York and the Adirondack Mountain Club.”

ADK declined to provide contact information for Barrett, saying he is still finishing up at his old position.