Developers now prepare for permits, additional capital down the road 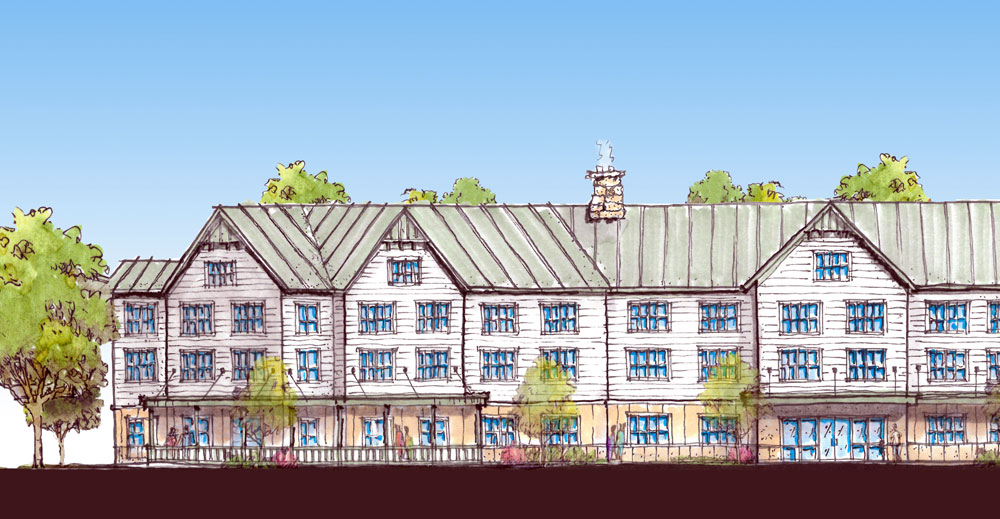 TUPPER LAKE — The developers of the Tupper Lake Crossroads Hotel confirmed they have reached the $150,000 funding goal they set for the first week of September by late August. Now they are moving on to the permitting stage.

On July 23, Wild Center Museum founder Betsy Lowe and former managing partner of the Wawbeek Inn Nancy Howard held a public meeting requesting $150,000 in investment within 45 days. Lowe said they had to show the state, which had awarded them a $2 million grant in 2016, they were making “significant progress,” or they could risk losing the grant.

That 45-day deadline was up earlier this month, but the goal had already been met by the end of August, Lowe said. She explained why they requested the funds from investors.

Lowe, who comes from a nonprofit and state government background, has described the “boutique” hotel as more of a downtown revitalization project than a business venture. 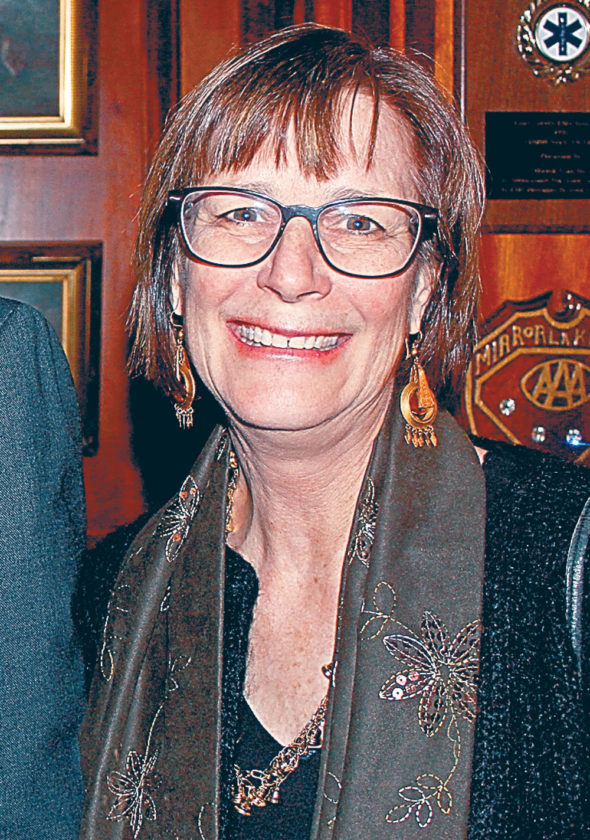 Betsy Lowe smiles at the Joy to the Children event in December 2016 at the Mirror Lake Inn in Lake Placid, an annual fundraiser for children’s programs at the Lake Placid Center for the Arts. Earlier that day, New York state had awarded a $2 million grant to a hotel Lowe and Nancy Howard plan to build in Tupper Lake. (Photo special to the Enterprise — Naj Wikoff)

It is estimated to eventually cost between $8 million and $9 million.

There is often talk from village officials, especially Mayor Paul Maroun and regional tourism experts, that Tupper Lake needs more hotel and motel rooms. A survey by the Regional Office of Sustainable Tourism at June’s Tinman triathlon showed many participants did not spend the night in Tupper Lake, since hotels filled up quickly. The same happens every February for the Northern Challenge ice fishing derby.

Lowe described this as more like a nonprofit or public venture than a real estate development.

“We don’t need as much additional investment as they originally thought, but we still need some help to get to the next leg,” Lowe said. “I mean, I guess I could leverage everything that I own, but I’m not at that stage in my life where I can do that.

“I think that is typically, probably, how a lot of motels and hotels are done. You know, a family just kind of cashes in everything they’ve got to do it, and it becomes their life.”

She said she wants to keep the public informed about the project because it affects the community.

“It just dawned on us, especially with the state grant we got, that we should probably be a little more open about where we are,” Lowe said of the July meeting. “(The $150,000) came pretty fast, I think when the word got out. It was really helpful to do the public meeting. It was full disclosure about where we’re at and what we’re trying to do.”

Lowe said she and Howard likely will seek more investment by the end of the project.

“We’ll probably need around another million or so to wrap it up,” Lowe said.

Tupper Lake village Code Enforcement Officer Peter Edwards said the first step the developers will need to take is to ask the town-village joint planning board for a special use permit. When that is approved, they will need a building code permit from Edwards.

He said since the location is within the hamlet, there will likely not be much required from the state Adirondack Park Agency, but the developers may submit a jurisdictional inquiry to ensure no issues will crop up during development.

Lowe and Howard said they expect the project to be non-controversial, with the fact that the building will exceed 40 feet tall being the only possibly exemption needed to be made. According to APA guidelines, “All projects or structures over 40 ft. in height are Class A regional projects.”

“We haven’t done anything formal, official, yet,” Lowe said.

The hotel is planned as a three-story hotel with 45 rooms, a bar and restaurant and a gathering space for 50 to 75 people.

Howard said investors backing the project “puts us through the starting gate. It gives us that feeling of support and community spirit that we knew was out there.”

Lowe said she hopes construction will begin late in the summer of 2020 if permitting goes smoothly.

In December 2016, the Tupper Lake Crossroads Hotel was awarded $2 million during the sixth annual round of Gov. Andrew Cuomo’s Regional Economic Development Council competition. This grant funding will be reimbursed to them once the project is finished.

The proposed location for the hotel is on the corner of Park and Mill streets (state Routes 3 and 30). Lowe, Howard and Jon Kopp bought the primary property in 1999 during a land auction and now own a total of seven properties on an over 1-acre plot of land situated between Park, Mill and Lake streets through Tupper Lake Crossroads LLC.

The property is the location of past neighboring businesses such as DiStefano’s Liquor Store and the 3&30 Lodge (Bob’s Steakhouse).

Tupper Lake currently has nine hotels. Another hotel project on Demars Boulevard received a $2,195,000 REDC grant in December, with a total budget estimate of $10,975,000.