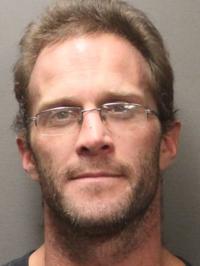 ELIZABETHTOWN — The Ticonderoga man who shot and killed a friend in December pleaded guilty to a murder charge late Thursday, and the two men who assisted him in getting rid of the victim’s body pleaded guilty to felony charges as well.

He agreed to serve 25 years to life in state prison, which is the maximum for second-degree murder, but will avoid possible consecutive prison sentences for weapons possession and other lesser charges.

LaRock’s father, Donald C. LaRock, 63, pleaded guilty to felony counts of hindering prosecution and tampering with physical evidence and agreed to serve up 2-1/3 to 7 years in prison.

A friend of the LaRocks, Joshua W. Smith, 35, of Ticonderoga, pleaded guilty to tampering with physical evidence and faces a state prison sentence of up to 1-1/3 to 4 years.

The guilty pleas came on the day that pretrial hearings were to start in the case. All three opted to plead guilty after hours of plea negotiations. Michael LaRock admitted intentionally killing Brown but did not describe how or why it happened.

“He admitted he did it but he hasn’t said why,” said Essex County First Assistant District Attorney Michael Langey.

Brown’s family was consulted during plea discussions, and his father was present for the guilty pleas, Langey added.

Michael LaRock also agreed to cooperate with State Police and Ticonderoga Police as they sought the gun that was used in the shooting, Langey said. It was believed the gun was thrown in the LaChute River, and that search was ongoing as of Friday.

Brown was killed in a home on Lonergan Lane in Ticonderoga, and his body was taken to the LaChute River by the two LaRocks and Smith and thrown in the water at Bicentennial Park. It was discovered later that morning.

Michael LaRock had fled Ticonderoga at that point and was located four days later in a friend’s home in St. Lawrence County, near the Canadian border.

Michael LaRock’s lawyer, Eric Schwenker, said he could not comment on the case as of Friday because of the pending sentencing proceedings.

Michael LaRock faced up to 48 years to life in prison on the charges, as well as possible sentencing as a persistent felon because he had at least two prior felony convictions. A persistent felon finding could have led to life sentences on each of the felony charges, which could have been run consecutive to the murder.

Brown was a retired U.S. Army veteran who served combat tours in Afghanistan and Iraq. His family members told the Press-Republican of Plattsburgh after the death that he had been trying to help friends with alcohol and drug problems, allowing them to stay at his home, before the killing occurred.