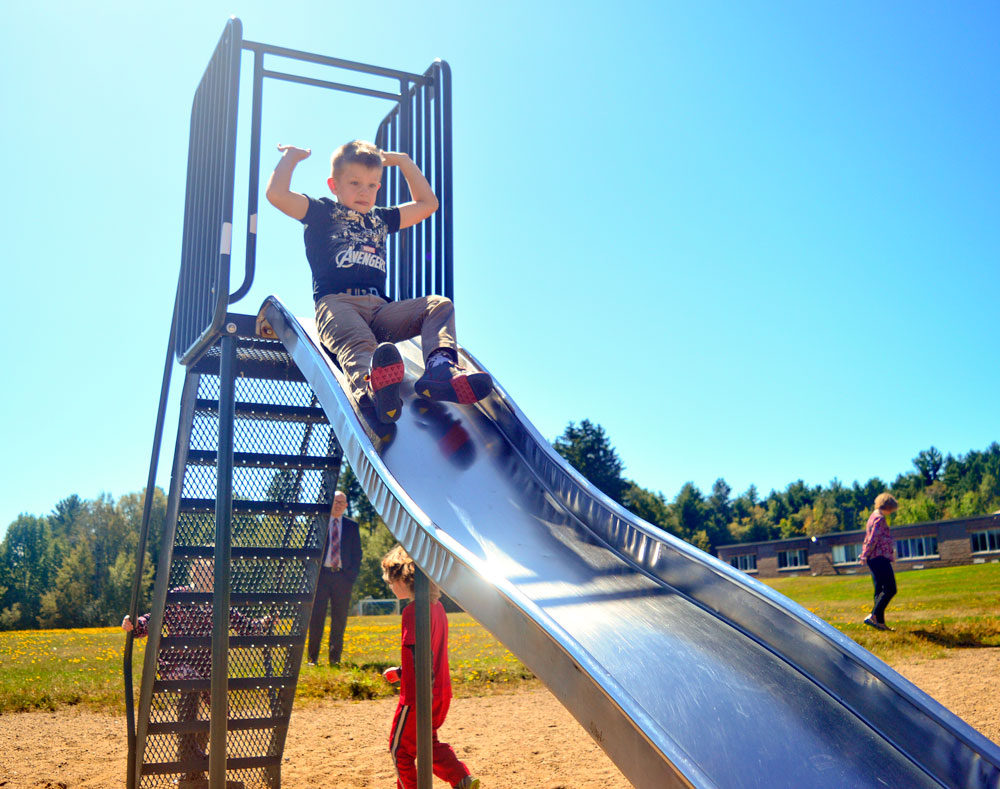 Almost every school district in the area saw a slight dip in enrollment this year.

For the first time in six years, enrollment at the Keene Central School District this year has dipped below 160 students, though just barely. Administrators there say the proliferation of short-term vacation rentals in the area is impacting the community’s housing market, hindering enrollment as homes that would normally be occupied by families are filled by renters.

That’s a problem the Lake Placid Central School District has been experiencing, too, according to Superintendent Roger Catania.

The AuSable Valley Central School District saw its enrollment numbers dip to 1,125, 25 fewer than a year ago but the same as it was two years ago. 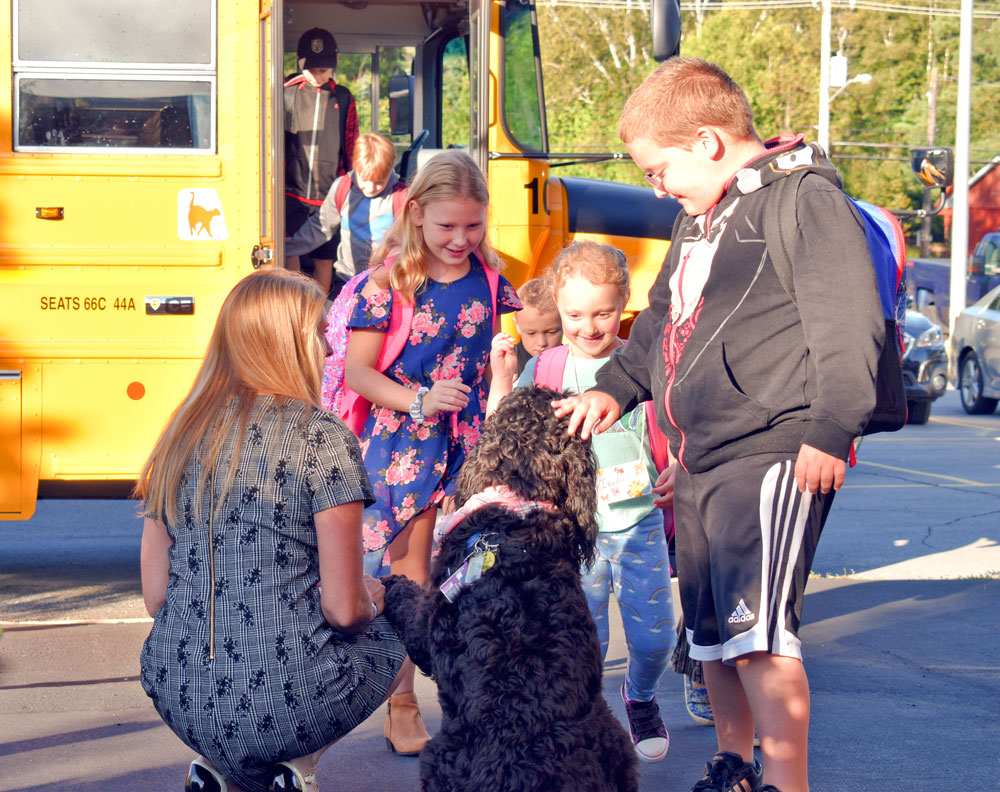 There are eight fewer students enrolled at Tupper Lake Central School this year than last, a total of 762.

Overall, school enrollment throughout northern New York has been declining since the early 2000s. The pattern can be seen across almost every school district in statistics from the Franklin-Essex-Hamilton BOCES (Board of Cooperative Educational Services): After baby boomers filled schools in the 1960s, enrollment generally dipped in the ’70s, plateaued in the ’80s, went back up in the ’90s and has been falling ever since.

This district has experienced shrinking enrollment like all the others in recent years; however, in the past two years the enrollment numbers have risen ever so slightly, up 15 students since the 2017-18 school year. There are now 1,163 students attending, not including the 39 students in the pre-K program. It remains the district with the largest enrollment in the Adirondacks, and geographically it is the biggest school district in New York state.

This district has had consistently fluctuating numbers over recent years, with a general trend downward since 2007, when it had more than 1,000 students.

This year, there are eight fewer students enrolled than last, a total of 762, with 39 more in pre-K.

Three years ago, the high school had several students drop out mid-year for social or mental health reasons, and though several came back, every dropout in Tupper Lake has large effects on the statistics.

Enrollment at the Lake Placid Central School District has declined for the third year in a row.

Though there was a slight five-student bump in enrollment between 2016 and 2017, smaller enrollment each year has been a trend in this district since at least 2002.

Superintendent Roger Catania said the district had a relatively large senior class graduate in June — around 57 students altogether — while only 24 students have entered the district in kindergarten this year. It has 39 lined up for next year in pre-kindergarten.

The housing market in Lake Placid also continues to hinder the school’s enrollment.

“More families have moved out than have moved in,” Catania said. “We’ve had some families move out because they’ve had difficulty finding or maintaining housing in the district.”

He said a small number of families have also pulled their children out of school because religious exemptions for vaccinations are no longer available in New York state.

State lawmakers voted June 13 to eliminate an exemption for the children of parents or guardians who held “genuine and sincere religious beliefs” against immunizations, and Gov. Andrew Cuomo signed the new bill into law shortly afterward. According to the state Department of Health, roughly 26,217 students in schools, child care centers, nurseries and pre-K programs around the state were granted religious exemptions in the 2017-18 school year.

The district is continuing its programming as normal, and teachers and staff are entering the new school year with a lot of new goals, according to Catania.

“There’s an emphasis on having a positive school climate, emphasizing individual character strengths in students, and instruction that promotes or helps to empower children to make a difference in the world,” he said.

“There’s a lot of excitement and enthusiasm. I see it in the students, too. It’s been a good start to the school year.”

The AuSable Valley Central School District’s enrollment has declined by 25 students this year, but pre-K numbers remain strong, signaling the possibility of a continuation of its somewhat steady student population.

The district, which draws students from around a 300-square-mile radius, is quickly becoming one of the largest in the Adirondacks.

Superintendent Paul Savage thinks the district’s pre-K programs have something to do with that. Altogether, the programs have 60 students enrolled this year.

“The adding of the pre-K programs in each end of our school district has certainly helped with increasing the enrollment numbers,” Savage said. “That being said, even prior to having the pre-K in our buildings, we had remained relatively stable over the years, which is a very good sign as the big ups and downs can be an issue of concern.”

He also said the district’s wide geographic net plays to its advantage.

“We are a large district geographically with over 300 square miles in the school district, which also lends itself to additional housing options and opportunities,” he said.

“Most importantly, I feel strongly that we are a district that has high-quality schools, provides excellent opportunities for all children, we have wonderful communities, and people are interested in being a part of the AVCS school district. We are proud of this fact and believe that it has also had a very positive impact on our enrollment numbers.”

For the first time in six years, enrollment at the Keene Central School District this year has dipped below 160 students.

A total of 156 students were enrolled at the district as of the first day of school, seven fewer students than last year.

Superintendent Dan Mayberry said that like in Lake Placid, the housing market in the community may be a contributing factor.

The growth of short-term vacation rentals in Keene and Keene Valley has had an impact on the local housing stock, he said.

“Housing that would normally be for families is now rental properties,” he said.

The district also had some families move out of the area because of job changes, according to Mayberry.

Programming is expected to continue as normal.

“We’re trying to do the best we can do at what we’re doing,” he said. “We’re looking at ways to allow students to have more engaging learning experiences where they are.”

“Keene has a great culture with the kids,” he said. “Our community helps support that.”

St. Bernard’s, a K-5 parochial school in Saranac Lake, has seen a steady increase in enrollment for the past nine years. Last year, the Catholic school reached 85 students, roughly double the enrollment during its low point in 2010-11.

This year enrollment dropped again to 68. Last year it graduated a particularly large class of at least 20 students.

Student enrollment at the St. Agnes School in Lake Placid hasn’t changed in the last few years. This year’s numbers are no exception.

As of the first day of school, 43 primary students were enrolled, not including those enrolled in the pre-K program. St. Agnes hosts the LPCSD’s pre-K.

“Our numbers have maintained consistency within a few students since 2014,” said Principal Catherine Bemis.

Last year, the school had 46 students in kindergarten through third grade.

Adirondack Christian School, a Baptist school based in Wilmington, saw a slight bump in its enrollment this year.

As of the first day of school, 30 students were enrolled in the kindergarten through 12th grade, four more than last year.

ACS is in the preliminary stages of adding some new programs, according to Principal Harold Akey.

“We are working on a couple of things that are still in the early stages of development,” he said. “We are trying to provide educational partnership opportunity to a few of the local homeschool groups. Another project we are working on a summer program designed to help adults who are re-careering or adults who would like to get their GED using our dual enrollment classes.”

The first day of school at ACS was Friday.

By the Numbers: Local school enrollment

These numbers are unofficial, reported by schools to the Enterprise during the first few days of classes. Schools are listed from most populous to least populous.

Preschool enrollment is not included. An asterisk (*) indicates the district also hosts preschool.