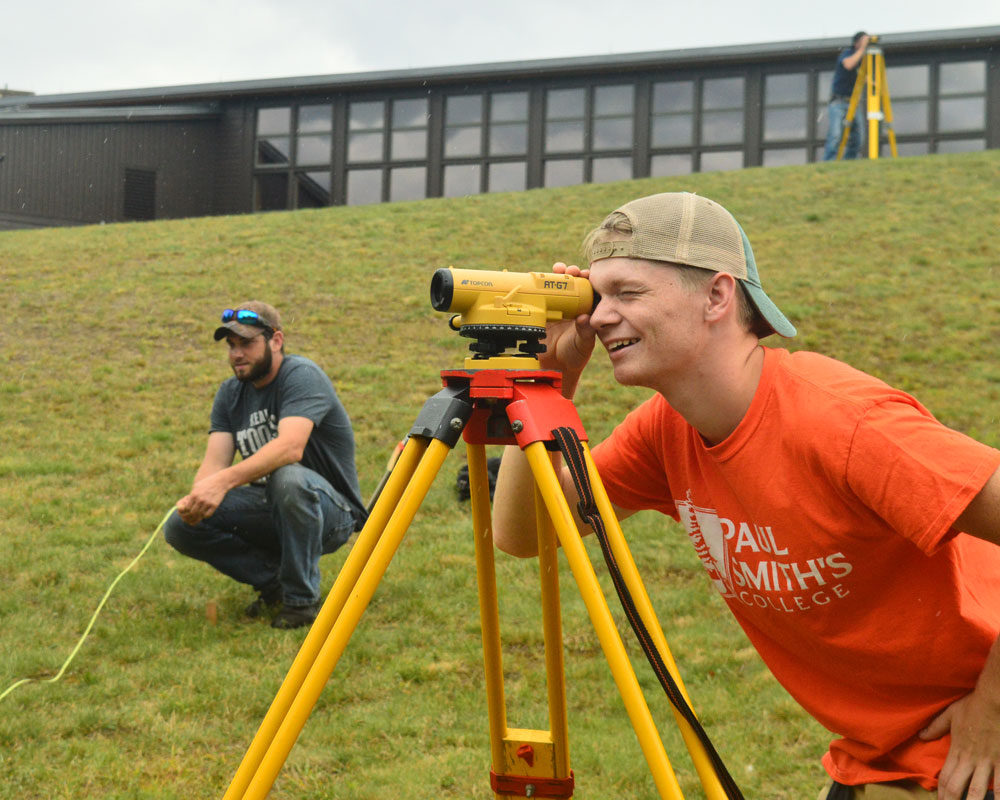 PAUL SMITHS — Paul Smith’s College has continued to experience declining enrollment numbers, though the drop this year has not been as steep as in past years.

The college is trying out a variety of initiatives to drive enrollment up, including introducing a master’s program, developing its Olympic winter sports offerings and reaching out to international students.

The total enrollment as of week one was 725, down 18 students from last year, but close to the college’s target goal of 730.

“Every target has a margin of error, so we fully feel that we’ve met that target,” Vice President for Enrollment Management David Placey said. 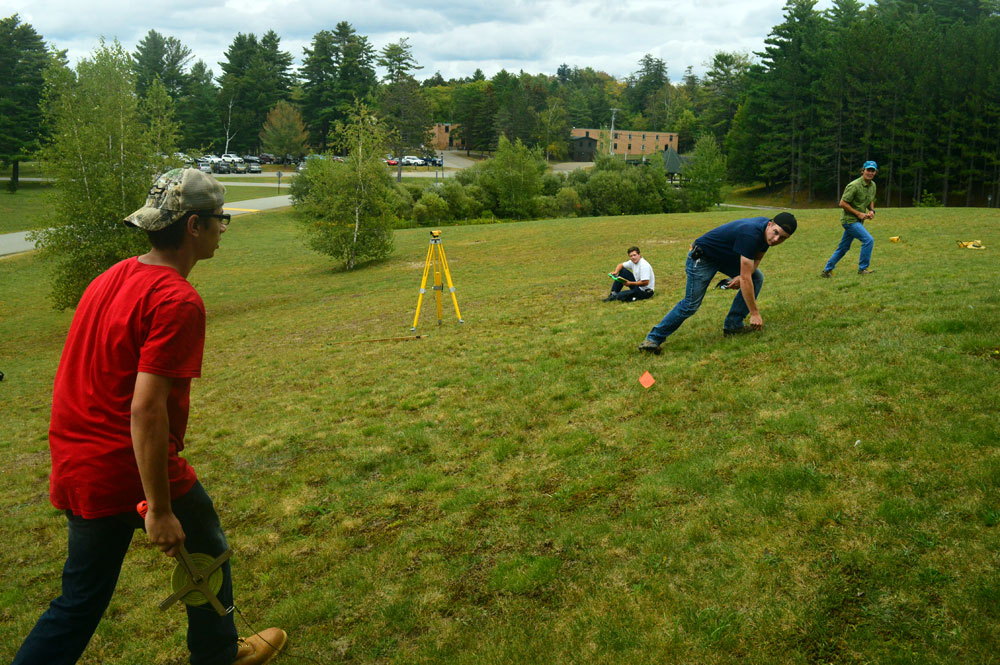 Around a decade ago, Paul Smith’s peaked at about 1,000 students on campus. Numbers fluctuated for years around the 800 range, dipping into the 700s in 2017.

“College enrollment is shrinking and demographics are shrinking, so we and other colleges are battling that,” Chief Marketing Officer Shannon Oborne said.

This is a national trend, with a drop in enrollment occurring each year across several forms of higher education for the past eight years, according to statistics from the National Student Clearinghouse Research Center. Four-year, for-profit schools have taken the biggest hit.

Retention numbers for the number of students who return to finish their degrees will be reported when the college census is released, likely by the end of the month.

The college graduated 206 students last year and replaced them all this year, with around 50 more students incoming than graduating.

The incoming 255 new students is the largest new class the college has had in several years, Placey said. Last year at around this time the new students numbed 237.

“I think a lot of it has to do with the initiatives we’ve put in place,” Placey said.

The college has introduced several new programs in the past two years, and it plans to continue expanding to new fields of study.

“We’re committed to launching, trying to launch, two new programs a year for the next five years,” Placey said.

This year the programs chosen to be launched were disaster management and response, and a natural resource conservation master’s, the first master’s degree program at the college.

“I think it’s the next logical choice for us,” Placey said.

Before that, it introduced human health and environment, a program that is synced up with the state Department of Health, and before that, psychology.

Placey said college officials want to introduce programs with jobs readily available in the field, and said the addition of new fields outside of the college’s traditional forestry and hospitality focus is seen more of an evolution than a dilution of the college’s brand.

Disaster management and response launched in March and currently has four students in it, three of whom were already at the college and one who transferred into it. The program is two-sided, with one focusing on disaster response: fighting fires, rescuing people from flooded areas and earthquake recovery; and the other on policy — avoiding natural disasters in the first place.

“It’s really a model that has been built for working adults,” Placey said. “And it’s a model that’s going to work for Paul Smith’s, because we’re not in a region that’s populated enough to draw an on-campus, full-time cohort for a master’s degree.”

He said the limited time on campus will allow adults with a job and family living in Plattsburgh to complete the program without abandoning their home life. Oborne said the college is targeting 10 students for first-year-enrollment.

Oborne said the college recently compacted its culinary associate’s degree into a one-year program, allowing students to obtain a bachelor’s degree in three years. Placey said by reducing the amount of time the degree takes in half, it doubled the number of students in the program.

The college also visited the Food and Finance High School in New York City for the first time and enrolled four students from there.

“It’s about aligning our product with the market,” Oborne said, “in culinary in particular. Over the last several years, the community colleges, even BOCES and some of the high schools, they’ve built up these culinary programs that have been competing with Paul Smith’s.”

Placey said the psychology degree has seen less than expected enrollment, despite the college acquiring a great professor from Green Mountain College.

“We’ve seen an increase in enrollment there, not as significant as I would like it to be,” Placey said.

Green Mountain College in Poultney, Vermont, closed in May with an undergraduate class of around 450. Paul Smith’s, along with eight other colleges and universities, vied for the remaining undergraduates and Paul Smith’s College got around 11 of them.

Placey said the college has several international students coming this year, for the first time in several years. The students hail from China, Australia, Canada and one from Ethiopia.

Oborne said students come from 22 states, too, up from 18 states last year.

Placey said the college has followed the marketing of larger commercial brands and several years ago began geo-fencing advertisements at all New York community colleges, 200 “feeder” high schools and 25 military bases. This means advertisements for the college pop up on users’ devices when they are within the boundaries of these institutions.

Oborne said the college was proud to accept 24 Eagle Scout students this year, making up a significant portion of the 70 the college has seen overall.

The male-female percentage has shifted recently, from around a 70-30% split to a 66-34% split, measured by incoming class.

Placey said the college is working to increase diversity, with around 18% of its incoming class being diverse, making up 12% across all grade levels.

Oborne said declining enrollment numbers have not impacted the school’s endowment, which she estimated at being around $30 million.

“We have not tapped our endowment in order to compensate for the enrollment challenges that we’ve had in the past few years,” Oborne said. “We have taken some institutional funds … last year, specifically to kick-start some growth initiatives.”

She specifically mentioned the women’s hockey team, which is directed by Andrea Kilbourne-Hill, a 2002 Olympic silver medalist from Saranac Lake. Oborne said the college is looking to conduct an Olympic sports expansion, including its Nordic ski program.

“One of the big ideas is to really put this place on the map as a go-to educational center for starting Olympians,” Oborne said. “That is particularly timely right now because in 2023 we have the (Winter) World University Games (in Lake Placid), so students who enroll as freshmen, or even as sophomores at this point, will have the opportunity to do something and be part of those games.”

She also said that after response to an esports (electronic sports) event at last year’s New York State Empire Games was “off the charts,” the college is introducing an esports club and is looking to develop a competition space on campus, with the long-term goal of hosting an international tournament at the college.

The money drawn out for growth initiatives is an annual 4.5 to 5% draw from the endowment, which does not tap into the core of the money block.

“The purpose of the endowment is to keep that invested,” Oborne said. “Then it generates income and it throws off interest income.”

That draw equals around $1.5 million each year, but Placey said it is not detrimental to the overall sum.

“We’re not robbing Peter to pay Paul,” he said. “I mean, we’re not in the fat cow era right now of the stock market … but it hasn’t lost anything.”

He said a 5% annual draw from endowment is common at colleges.

The college gets a lot of money from donations, but dollar-wise, not much from alumni.

“We just simply do not have a strong alumni donorship base,” Oborne said. “It’s very unusual for a college to have most of its philanthropy come from non-alumni sources.

“We do have, obviously, an awful lot, thousands of alumni who donate, so I don’t want to discount that. But on a dollar-for-dollar basis, it’s generally not coming from the alumni. … For the most part, our philanthropy comes from our neighbors here seasonally and around the lake from people who have had great experiences with the college, or people who believe in what we’re doing even if they weren’t not students.”

She said the college’s focus on environmental sciences is a draw for donors, too, with many donating for the college-run Adirondack Watershed Institute.

“People who recognize that environmental impact that we’re working on, that’s where most of it comes from,” Oborne said.