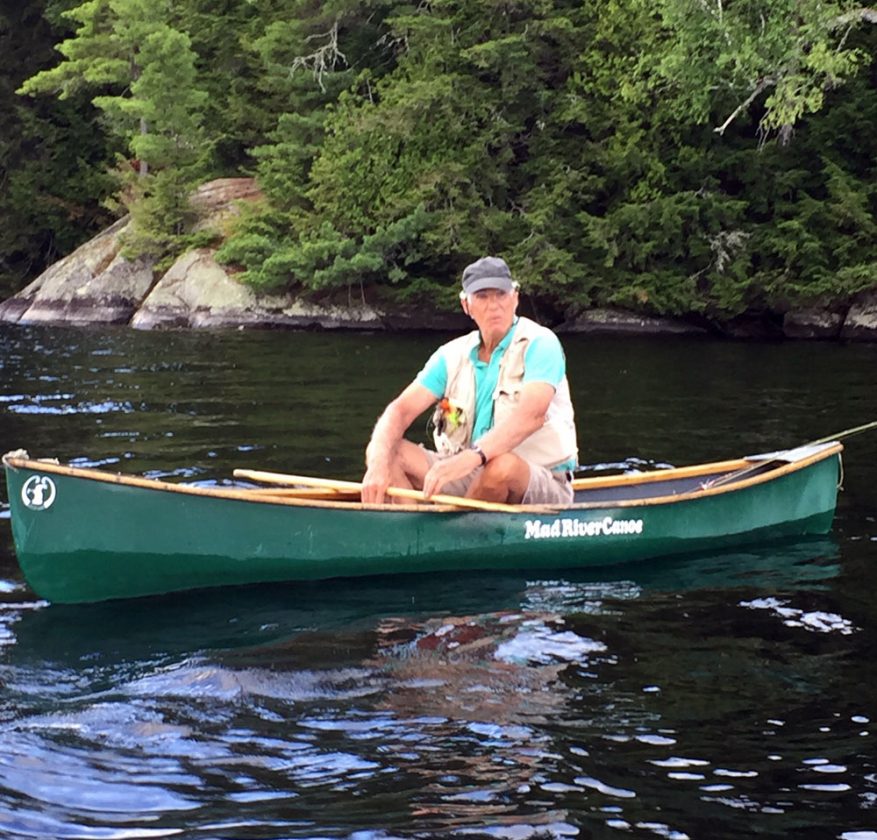 Since the early 1970s, Kenneth M. Bijur had been one of the six cottage owners at the Knollwood Club, on the shore of Lower Saranac’s Shingle Bay, his son Nick Bijur said Tuesday. Ken loved the Adirondacks and loved the solitude of being out on the water fishing by himself, his son said.

Retired from his career in retail menswear and then in commercial real estate, Ken Bijur came up to Knollwood frequently from his home in Manhattan. He was here by himself this time around, his son said.

“He loved the Adirondacks, obviously, spent a lot of his life here, loved the water, loved fishing especially, liked being alone,” Nick said.

“He loved the most coming up in the off-season, when the busy tourist season had ended, so he could be up here when it was a little quieter.”

Ken had gone out fishing Sunday afternoon, and his family had not heard from him that evening. When they still couldn’t reach him Monday morning, they asked Knollwood caretaker Scott Cook to check on him. Cook found Ken’s solo canoe upside down near the rocks in Shingle Bay and called for emergency services.

At 9:09 a.m., after a brief search, McLaughlin said the divers found Ken Bijur’s body submerged in about 6 feet of water, not far from where the canoe has been found.

The water temperature was about 63 degrees at the time, McLaughlin said.

“It doesn’t take a long time for a person to become hypothermic and lose control of being able to swim, because of the cold weather,” he said.

“It’s a crying shame. We don’t like these calls.”

After the divers removed Ken Bijur’s body from the lake, Franklin County Coroner Ronald Keough authorized transporting it to Champlain Valley Physicians Hospital in Plattsburgh, where an autopsy is scheduled for Wednesday.

A remnant from his working days, Ken Bijur’s bio is still on the website of Felenstein, Was and Associates Inc., a Manhattan commercial real estate firm where he worked. Next to a picture of him wearing a bow tie, it says, “Kenneth Bijur heads our retail brokerage division and has found locations for top retailers throughout the New York City area. Prior to entering the real estate business, Ken was a senior merchandising executive with Macy’s, Lord & Taylor and Ohrbach’s in Manhattan.”

“I’m so sorry to hear this,” Marshall Felenstein, head of the firm, said Tuesday. “He was a very, very nice guy.”

Nick Bijur said his father had been a rock climber and skier in his younger days, and remained an avid fly fisherman. He said Knollwood was his father’s “happy place.”

Amid the shock and sadness of his father’s death, Nick said “we are comforted knowing that he died in his happy place. … I selfishly wish he could have waited a few more years … but he died doing what he loved.”