Locals prepare for Out of the Darkness walk Sept. 29 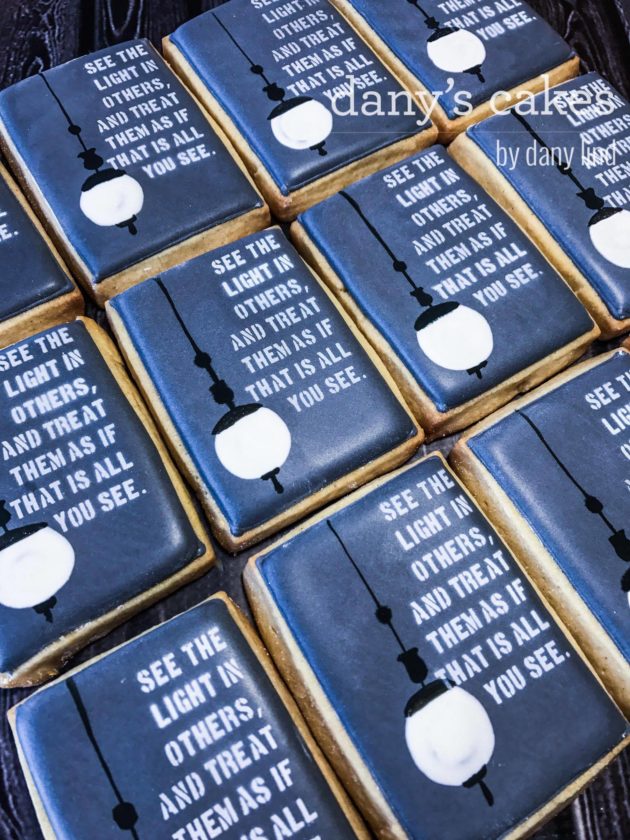 These cookies were made by Dany Lind of Dany’s Cakes, a supporter of the Depressed Cake Shop event, which will take place as part of the annual Out of the Darkness Community Walk for suicide and mental health awareness and prevention at the Olympic Speedskating Oval in Lake Placid. (Photo provided — Shelby Davis)

LAKE PLACID — This is National Suicide Prevention Week, but the local region’s big suicide awareness even is coming up at the end of this month.

National Suicide Prevention Week has been recognized since 1975, with events taking place this year during the week of Sept. 8-14. On Sept. 29, the North Country Walk to Fight Suicide will take place in Lake Placid to raise money and awareness for mental health and suicide prevention. It’s associated with the American Foundation for Suicide Prevention Capital Region’s Out of the Darkness Community Walk.

Suicide is the 10th leading cause of death nationally, with close to 47,000 Americans taking their life each year, according to the U.S. Centers for Disease Control.

“Suicide is not only one of the leading causes of death in the United States, but has affected me personally,” Shelby Davis, North Country Walk chairperson and AFSP board member, said in a press release. “That is why I am participating in this local community walk — to bring the subject of mental health and suicide out from the darkness, and into the public’s consciousness.”

The walk will take place at 1 p.m. at the Olympic Speedskating Oval in Lake Placid, and the planned route around Mirror Lake will be approximately 3 miles long. Funds raised at the event will go to AFSP, the largest private funder of suicide research, and will be used to fund both research and advocacy initiatives. This year, AFSP funded $6.2 million of research related to suicide prevention. 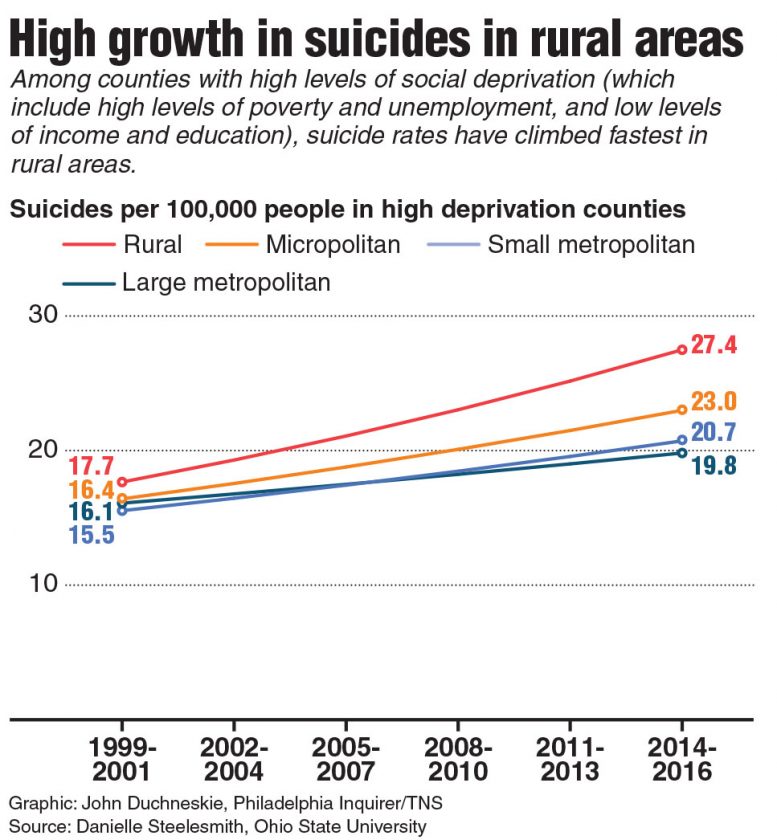 Throughout the month, there will be messages related to National Suicide Prevention Week using the hashtag #RealConvo.

Speakers at the North Country Out of the Darkness Walk will include suicide loss survivors, sharing their personal experiences of healing and hope. Local public officials are also expected to speak in honor of AFSP’s ongoing suicide prevention efforts.

Other activities at the family-friendly event include music, a memory board, Lifekeeper Memory Quilts, basket raffles, honor beads, light refreshments, team photographs, dove balloon release (biodegradable) and therapy animals. Well-behaved and leashed pets are welcome. Counselors and resource tables will be available for information about local organizations and upcoming events.

To learn more about volunteering with the walk or local suicide prevention efforts, contact Davis at shelbydavis06@gmail.com or 518-932-1241. 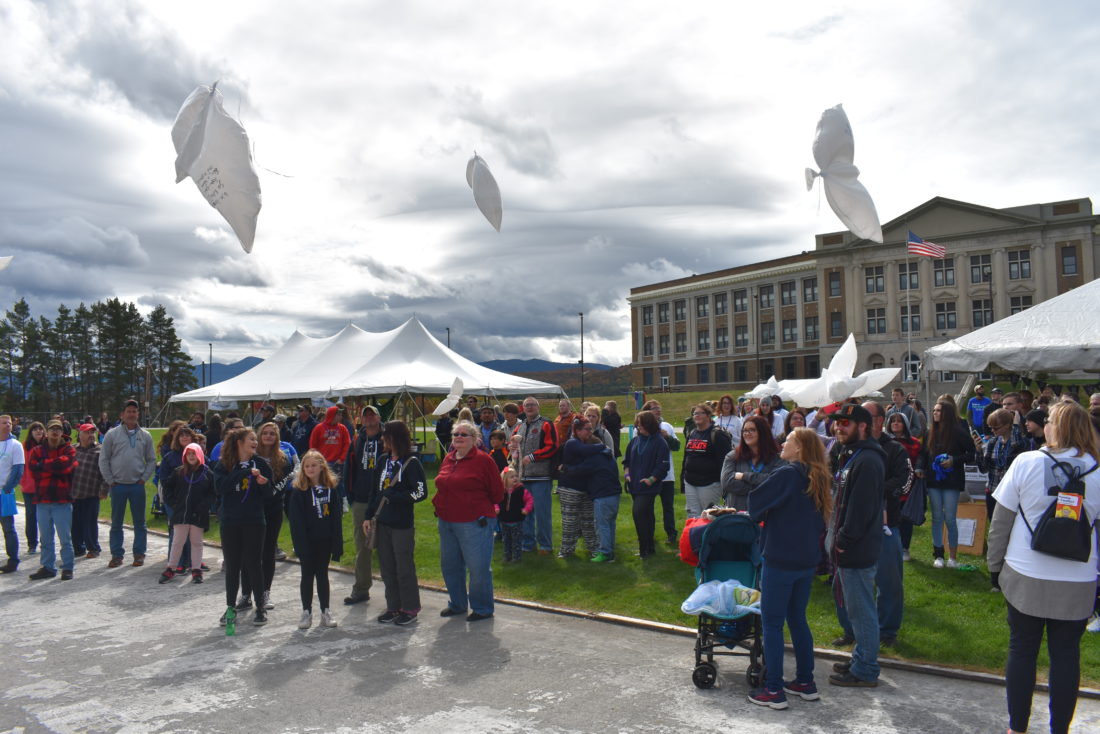 A crowd lets biodegradable dove-shaped balloons into the air during the Out of the Darkness suicide awareness and prevention walk at the Olympic Speedskating Oval in Lake Placid in September 2018. The doves symbolize loved ones lost to suicide. (Enterprise photo — Griffin Kelly)

“We always welcome volunteers of any ability, whether you are able to help out for an hour, an afternoon, or longer,” Davis said in the release. “As someone who works locally with suicide prevention and intervention efforts, every little bit helps. And as a survivor of suicide loss, it makes a difference to know our efforts are benefiting our communities in the North Country.”

“Gift certificates, baskets and services are being sought for basket raffles, in-kind donations of fruit, water, juice, and granola bars are being accepted for walkers; media partnerships and corporate sponsors are always welcome. Each level of sponsorship comes with a variety of benefits and custom sponsor packages are available as well.” 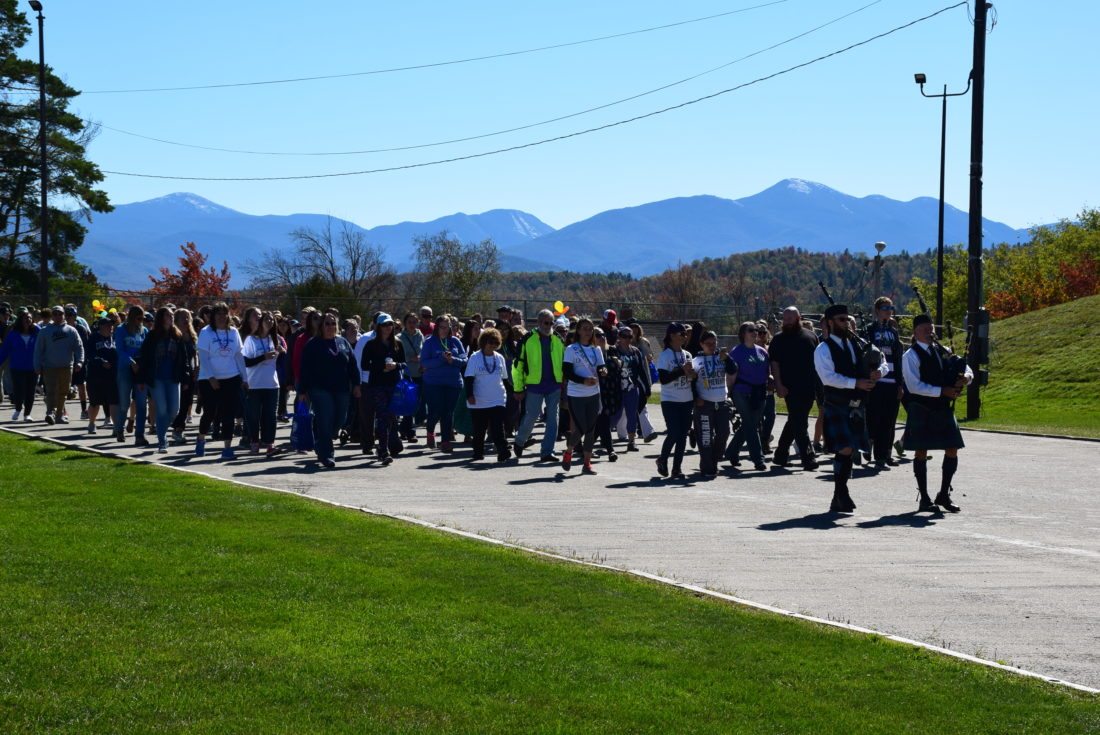 More than 100 people gathered at the Olympic Speedskating Oval in Lake Placid in fall 2017 to take part in the annual Out of the Darkness Community Walk to raise awareness for suicide prevention. (Enterprise photo — Justin A. Levine)