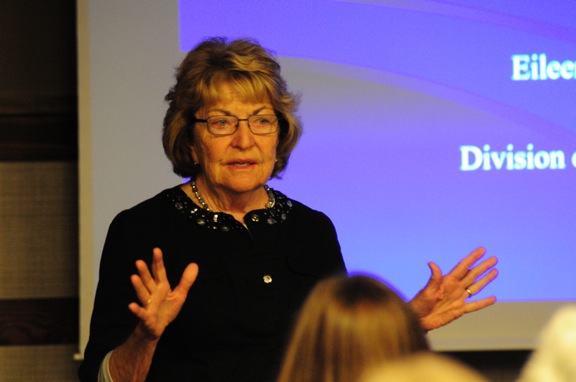 State Sen. Betty Little believes that more cell towers are needed in the Adirondacks if gaps in coverage are going to be addressed.

Little, R-Queensbury, said it may be time to change regulations — for example, the state Adirondack Park Agency’s policy that the height of the cellular tower cannot exceed the height of the trees around it. She believes the necessity of coverage outweighs any negative visual impact.

“There was a time when people didn’t like telephone poles. It’s not just health and safety, but it’s for our economy. In the Adirondacks, a lot of people have been saved because emergency personnel could locate their cellphone coordinates and know where they were or be able to call for help,” she said.

Little is a member of Gov. Andrew Cuomo’s Upstate Cellular Coverage Task Force, which is working to address cell service gaps in rural and remote parts of upstate New York.

The task force is made up of industry experts, government officials, environmental representatives and community leaders. The task force will review existing policies, potential constraints and available resources and funding sources and make recommendations for improving cell coverage in these areas, according to a news release from the governor’s office.

“Every New Yorker should be able to access a stable cell connection, yet our upstate regions have struggled for too long to make the connections that are vital to everyday life and commerce,” Cuomo said in a news release.

Little said the first meeting on Sept. 10 was productive and lasted for more than three hours. The task force will meet for about three months and come up with recommendations that will be incorporated into the governor’s 2020 agenda.

The state has hired consultants to evaluate the existing service in the area.

“They drove all of the roads and said there was coverage, which I question,” she said.

Places such as Lake Placid, Lake George, Saranac Lake and Schroon Lake have adequate coverage, by once people get out of the more populated areas, it is spotty, she said.

“You can drive from Malone all the way to Tupper Lake, and the only place there’s any coverage is when you go by Paul Smith’s College,” she said.

Little even has had her cell calls dropped driving on the Northway past Lake George, which she blamed on capacity issues during the busy tourist season. She noted that people are streaming more videos on their phones and using more data.

Little noted that a cell tower on state Route 30 in Duane is about 80 feet tall, but its foundation was built for a 160-foot tower. A taller tower could cover more of Route 30, which is a connector road.

There is not a lot of traffic on the road, so if people were to break down, they might be in a dangerous situation, she said.

“They talk about 5G, but when you don’t have any G it’s really not important,” she said.