Lake Placid is about to replace parking meters 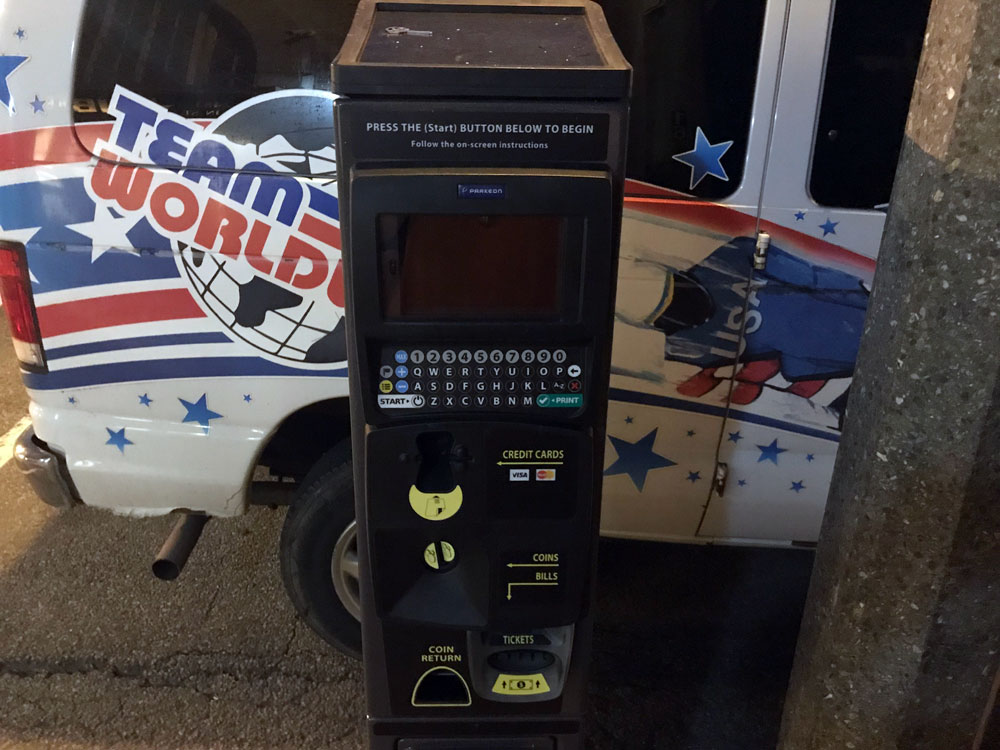 Lake Placid’s new parking meters will look like this one, set up on Main Street outside NBT Bank. (Enterprise photo — Elizabeth Izzo)

LAKE PLACID — The village is planning to install new parking meters along Main Street next month.

The new meters will have new capabilities. Residents and visitors will be able to download an app using a barcode on the meters and pay their tab using their cellphones, rather than having to return to the meter, quarters or credit card in hand, whenever their allotted time is close to ending. The screens will also be easier to read, Mayor Craig Randall said Monday.

Village Treasurer Paul Ellis and Deputy Treasurer Mindy Goddeau said no increase in the parking rate is expected as a result of the 34 new meters, which are expected to replace all of the meters on Main Street as well as all the meters in the various municipal parking lots around mid-October.

The new meters are expected to cost the village around $250,000, installation included, according to Ellis. The money is coming from a parking reserve fund the village established with revenue from the meters a few years ago.

A plan to replace the existing meters was spurred by the aging technology — Randall estimated the current meters are around a decade old — and complaints from residents, who said the screens were sometimes difficult to read.

“For people utilizing the meters, it’s going to be a far better experience than what we’ve had with the current meters,” Ellis said.

The village has tried to keep all of the old meters operational, but as time goes on, it’s been getting more difficult, according to Goddeau.

“The current company is no longer servicing them,” she said. “They’ve switched to a new kind of machine, so we can’t get new parts anymore.”

Residents who want a sneak peek at the updated “Parkeon” meters can spot one that the village has already installed outside of NBT Bank. That meter was one of three the village initially installed in the large municipal lot across from the post office on a trial basis before it was moved up the street.