Lake Colby School requires repairs, may be sold regardless 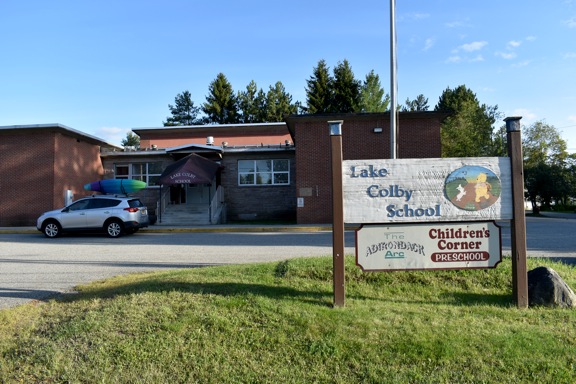 SARANAC LAKE — The abating of the roof of the Lake Colby School building has been pushed back to next year by the Saranac Lake School District Board of Education, which is now debating whether to repair the building or sell it as is.

At a school board meeting Wednesday, Saranac Lake School Superintendent Diane Fox revealed the cost of repairs at the Lake Colby School. The school was built in 1945 after the original school was destroyed by a fire, and now it’s in need of repairs.

Fox mentioned that the repairs of soffits were to cost, at a minimum, $31,000. The repairs were supposed to be done this year; however, due to the cost, the decision was made to wait at least one year before continuing to work on the abatement of the roof, a long process that has been ongoing.

A soffit is a covering on the underside of a roofline that protects the beams that connect the roof overhang to the sides of a building. It also protects the eaves and attic space from the elements.

“We’ve had a lot of discussion,” Fox said. “There’s no quick fix or less expensive way to deal with the soffits for us.”

The building, located at 26 Trudeau Road, brings in around $20,000 in net revenue per year. The renters use the space as a daycare. Fox said the building brings in $43,000 in gross revenue from rent, and it costs $23,000 to keep the building open. To repair only a select portion of the soffits would cost around $31,000.

This would only be a part of phase one of a plan to repair the building. The costs of phase two are unknown at this time, according to Fox.

The possibility of selling the building without further repairs was suggested.

“Properties have been flying off the shelf lately,” said Board Member Jeffrey Branch.

Board Member Nancy Bernstein said it seemed counter intuitive to repair and then sell the building. Fox said the building was estimated to be worth $500,000, adding that if they were to sell it without more repairs, it would be sold “as is.”

Fox said that there was no immediate safety issue, but she’s been told that if the cement deteriorated further, it could crumble. In that case, the school could install chicken wire under the roof to catch any falling cement.

Board members agreed they would tour the building before making any decisions.