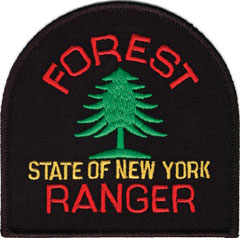 State Department of Environmental Conservation forest rangers helped people in their late 60s and early 70s this past week in the Adirondacks.

On Tuesday, Sept. 3 at 9:18 p.m., a 71-year-old Easton, Connecticut, man was reported overdue from a hike on St. Regis Mountain. Forest Ranger Scott Sabo responded and began searching the trail, but was unable to make contact with the man.

The following morning, a half-dozen rangers picked up the search and located the man, wet but in good health, at 7:30 a.m. The man began his descent of the mountain on a herd path and then tried to use his phone to navigate once he realized his error, but it ran out of power.

At about 1 p.m. on Saturday, Sept. 7, a 69-year-old man and a 72-year-old man, both from Canton, called for assistance after their vehicle became stuck on a back road. St. Lawrence County 911 was able to get GPS coordinates for the pair, but after a search by emergency responders, it was determined the coordinates were faulty.

Forest ranger assistance was requested to search for the men, and several rangers used ATVs to search. The men were located just after midnight, and were given a ride to their residences.

Just before 6 p.m. on Saturday, Sept. 7, Ranger Megan McCone initiated a search for a missing kayaker who has been last seen on Long Lake. Rangers, assistant rangers and a volunteer searched for the woman to no avail. A plane from Helms Aero Service in Long Lake was also utilized but could not locate the 70-year-old from The Villages, Florida.

An assistant ranger finally found the woman’s kayak on the Cold River, where two other paddlers had brought her into a lean-to for shelter. The woman had tipped over in her kayak and was suffering from hypothermia. She was transported back to Long Lake, and her kayak was retrieved and returned to her the next day.