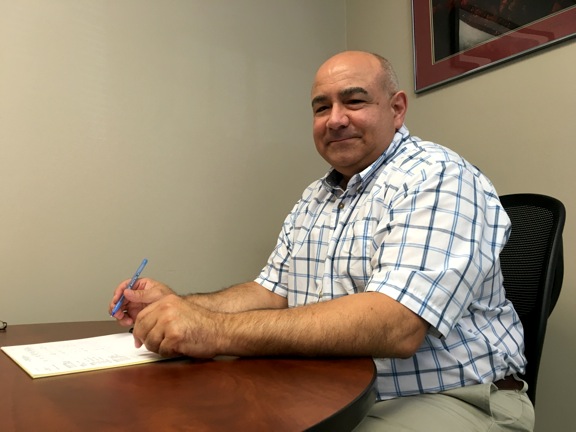 LAKE PLACID — Village Treasurer Paul Ellis will be leaving his post next month.

He’ll be moving on to work as the chief financial officer of Adirondack Arc in Tupper Lake, where he grew up.

“This is one of the best staffs I’ve ever worked with,” he said. “They’re very committed. They oftentimes pick up projects on their own to improve things. It’s hard to leave such a great work environment.”

Ellis said he’s most proud of accomplishing a range of cost savings during his time in Lake Placid. One was a $46,000 annual savings as a result of changes to insurance. Another was a $100,000 annual savings in the village’s workers compensation premiums since the municipality joined Essex County’s self-insured program. There was also an annual $20,000 cost savings he produced by eliminating “needless ongoing purchases.”

“My biggest accomplishment was probably two major debt refinancings, which produced a savings of $1.3 million in interest,” he said.

In the past, Mayor Craig Randall has lauded Ellis for laying the groundwork for upgrades on Main Street — some upcoming, some recently completed — including his help with securing a $288,750 grant and $866,250 loan that funded sewer line fixes.

“My perspective has always been that the board hired me to serve the community, and ultimately I’ve always looked at the taxpayers to be the people that I’m held accountable to,” Ellis said. “I’ve always taken fiduciary responsibility very seriously and tried to provide the best level of service at the most reasonable cost.”

He also worked to make the village budget more user-friendly by eliminating or merging account codes, worked on bolstering the village’s cybersecurity and investments, and was involved with the creation of a deputy treasurer position, which he hopes will help make the treasurer transition easier this time around.

The village board accepted Ellis’ resignation letter — “with regret,” Randall said — at its meeting Monday.

“I think Paul wanted to be out of here before the leaves fell from the trees,” Randall joked.

The village will be looking for a new treasurer in the coming weeks. Ellis said his last full-time day will be somewhere around Oct. 11, but he’ll continue working with the village until a replacement is found.