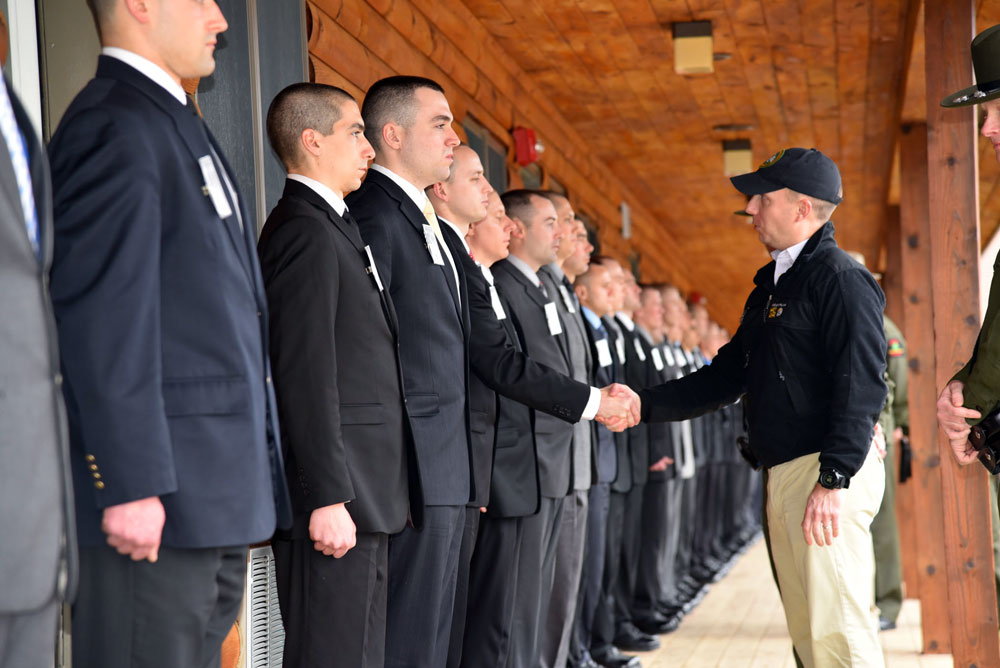 The state Department of Environmental Conservation announced Wednesday that it had purchased a former elementary school to host its forest ranger and environmental conservation officer training academies in central New York.

The change has been about a year in the making, with DEC Commissioner Basil Seggos saying in January at a joint state Senate and Assembly hearing on environmental conservation that the DEC was considering moving the academy location. At that time, Seggos was asked about a rumor that the academy could move, and replied that DEC was looking at several options but hoped to stay in the Pulaski area.

The purchase of the former Cleveland Elementary School in Cleveland, Oswego County, satisfies that requirement, as well as two others.

“The DEC training academy facility in Pulaski is a former motel that was acquired 10 years ago to provide a central location for DEC’s Office of Public Protection training needs,” DEC spokesman Ben DeLaMater said of the current Pulaski location in January. “While there are classrooms and boarding rooms for the recruits and ample land for training exercises, the facility does not have a kitchen or gymnasium.”

The new location has both a gym and commercial kitchen, as well as 13 acres and athletic fields. The school was acquired by the DEC from Central Square School District for $199,000.

“Located within view of Oneida Lake on Route 49, the building features 53,700 square feet of space and sits on 13 acres with multiple athletic fields,” the DEC wrote in a press release. “The school was constructed in 1952, updated with additions in 1992, and was closed in 2014 due to declining enrollment. It features 23 classrooms, a large gymnasium, and a commercial quality kitchen and cafeteria area.

“The location is roughly 30 miles from the current DEC training facility in Pulaski, Oswego County, a log-cabin motel building (formerly the Portly Angler Lodge) that had room-and-board facilities but lacked a gym and classroom space required for training.”

The DEC is currently running a training academy for 30 ECOs and 14 forest rangers, with graduation slated for Dec. 6.

A DEC spokesperson said the department expects to begin using the new location for certain academy activities in the next four to six weeks.