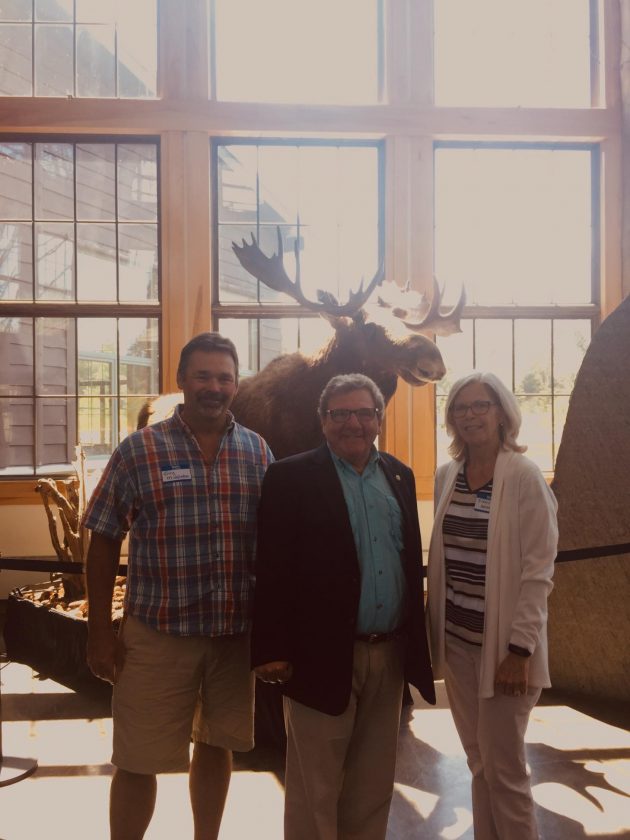 TUPPER LAKE — The Upper Saranac Lake Association met at the Wild Center July 13 for its annual meeting, bringing around 120 seasonal and year-round residents to Tupper Lake and having its village mayor speak to them.

Tupper Lake Mayor Paul Maroun said many consider his village to be their home. The Association members live and vacation between Tupper Lake and Saranac Lake, but “most of them feel that Tupper Lake is their community,” Maroun said.

Maroun is also a Franklin County legislator representing the towns of Tupper Lake and Santa Clara, which includes much of the Upper Saranac Lake shore.

Some of the members receive fire protection from the Santa Clara substation of the Tupper Lake Volunteer Fire Department. Maroun said around 25 people at the meeting raised their hands to say they had seen an reduction in their insurance costs after the substation opened.

The association has 460 members, including 15 new ones, down one member from last year, according to the minutes that were recently put online. The minutes said the association needs 556 members to produce a balanced budget.

Maroun talked on a variety of Tupper Lake projects, including the stalled Adirondack Club and Resort. He said there are negotiations underway to sell the project to new investors.

He also updated everyone on the former Oval Wood Dish factory, which he said is being looked at for several purposes, possibly including housing or a brewery.

He said the state is very close to moving forward with converting 34 miles of rail corridor into a multi-use trail between Tupper Lake and Lake Placid.

Members of the association have been interested in reducing road salt, which causes damage to the lakes they live on. Maroun said he and state Sen. Betty Little had just talked with Regional Director Steve Kokkoris about the towns and villages reducing the percentage of salt in the sand-salt mixture they put on the roads. The state is also converting to a type of plow that should keep more salt on the roads rather than pushing it onto the shoulders.

Middleton said milfoil is now a minor problem rather than a major one in the 4,773-acre main lake. Less than 200 pounds were removed last year as opposed to two tons just five years ago.

He also said oxygen depletion is still a problem in the north basin because there is little water circulation in that area.