The sign of Tupper Lake’s Dollar General store is only half-lit due to broken light bulbs inside it. (Provided photo — Jim Lanthier) 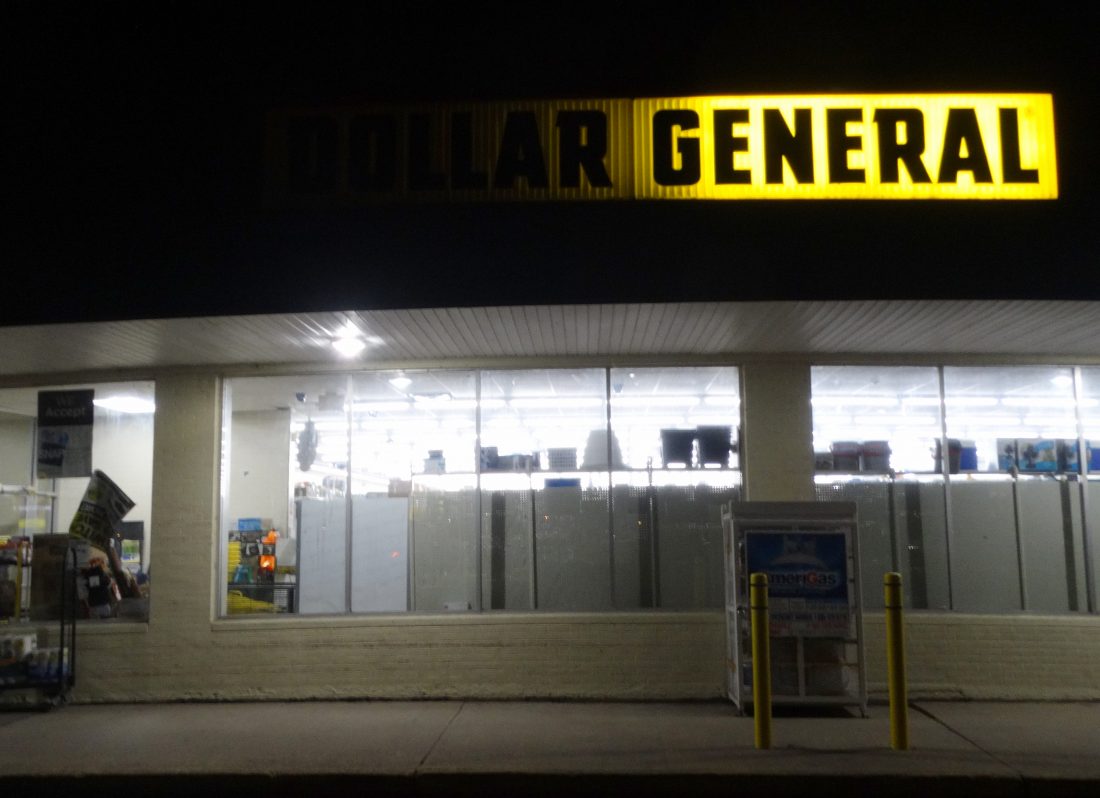 The sign of Tupper Lake's Dollar General store is only half-lit due to broken light bulbs inside it. (Provided photo — Jim Lanthier)

TUPPER LAKE — The village code enforcement officer said in a board meeting Wednesday that he will again ask two dollar stores to make their lighted roadside signs look better, even though no code requires it.

Jim Lanthier attended the board meeting to address something he has been addressing since November 2017: Light bulbs inside the Family Dollar and Dollar General signs have burned out, and now Lanthier says the signs look “unacceptable.” Lights are also out on a tall sign the Dollar General shares with Jreck Subs, Verizon and The Row (although The Row has since moved).

Code Enforcement Officer Peter Edwards said he does not have the power of the law on his side — at least, not yet. Part of the zoning code currently being created and reviewed by the town and village of Tupper Lake would ban signs that are 100% internally lit.

But it would take a while for that code to pass. It is partway through a long process that will take more than a year at least, maybe several.

“As I explained to Cookie (Jim Lanthier’s nickname) several times in the past, over and over again — currently in our existing code, there’s no language to have them fix the lighting, so I can’t write them up, per se,” Edwards said. “But I will do you a favor. I will contact them courteously again and ask them to fix the lighting.” 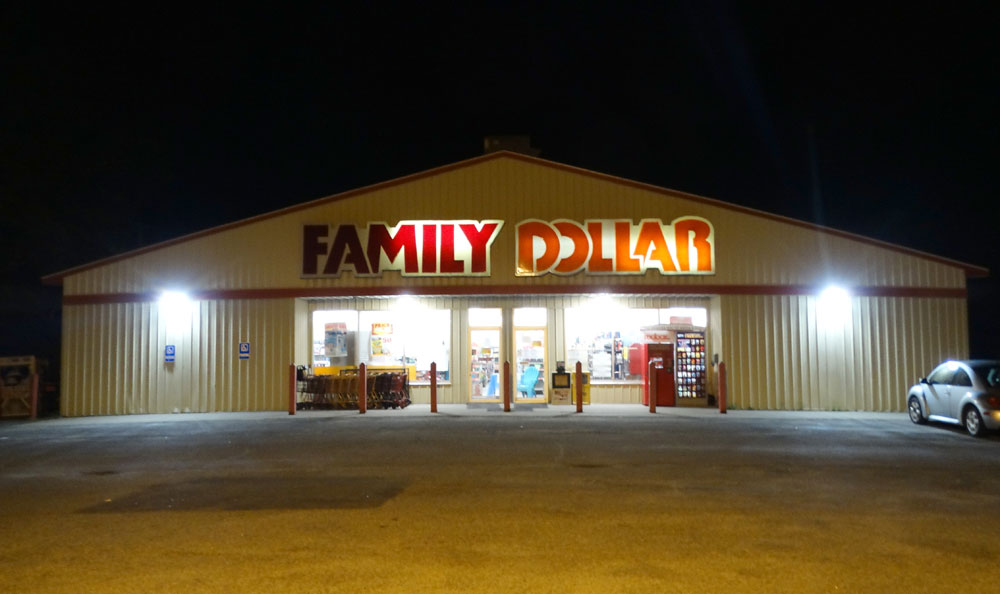 “I agree with Jim,” he added. “It does look terrible.”

Edwards said he has reached out to the owners and their corporate branches before, but he said his requests have been ignored.

“They are determined not to do it right,” Lanthier said. “(They are) determined to leave it looking like a dump.”

Lanthier said he first brought the issue up at a board meeting in November 2017. He said that the signs’ appearances are “disrespectful to the community.”

“We agree with you,” village board Trustee Clint Hollingsworth said.

“You have to follow the law,” village Mayor Paul Maroun said. “You can’t just order them to do it.”

Maroun said the village board will draft a letter requesting the store owners fix the signs.

The updated code has language to ban those styles of signs and put regulations on sign appearances.

Edwards said he is confident the finalized code will pass.

“I know the … code will go through,” he said. “It’s not as contentious as everybody says.”