Traces of Deet, caffeine, other chemicals found in Lake George

MaryGail Perkins, of the Upstate Freshwater Institute, presents findings of a water-quality study on Lake George on Friday during the Lake George Association’s 134th annual meeting at the Lake George Club in Bolton. (Provided photo — Gwendolyn Craig, The Post-Star) 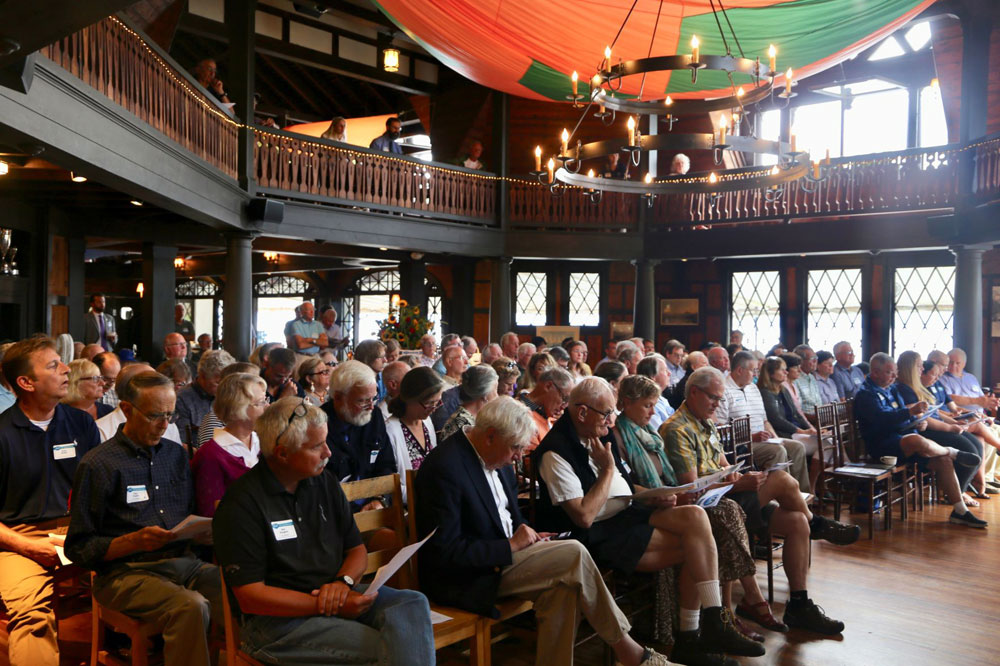 BOLTON — A preliminary water-quality study shows chemicals like caffeine, Deet and different kinds of pesticides are found in Lake George.

The levels are so low and the samples were so few, it’s not clear how concerning these chemicals are for the lake, but scientists hope the results will spur further study and encourage the public to consider what they put on their lawns, how good their septic systems are working and what they flush down the toilet.

The research was done last year by Syracuse University, SUNY College of Environmental Science and Forestry and the Upstate Freshwater Institute, with the help of citizen science volunteers. The academic organizations looked at 18 lakes around New York, including Lake George.

The chemicals the groups looked for are called “contaminants of emerging concern,” and were divided into categories: pharmaceuticals, household products and herbicides/pesticides. 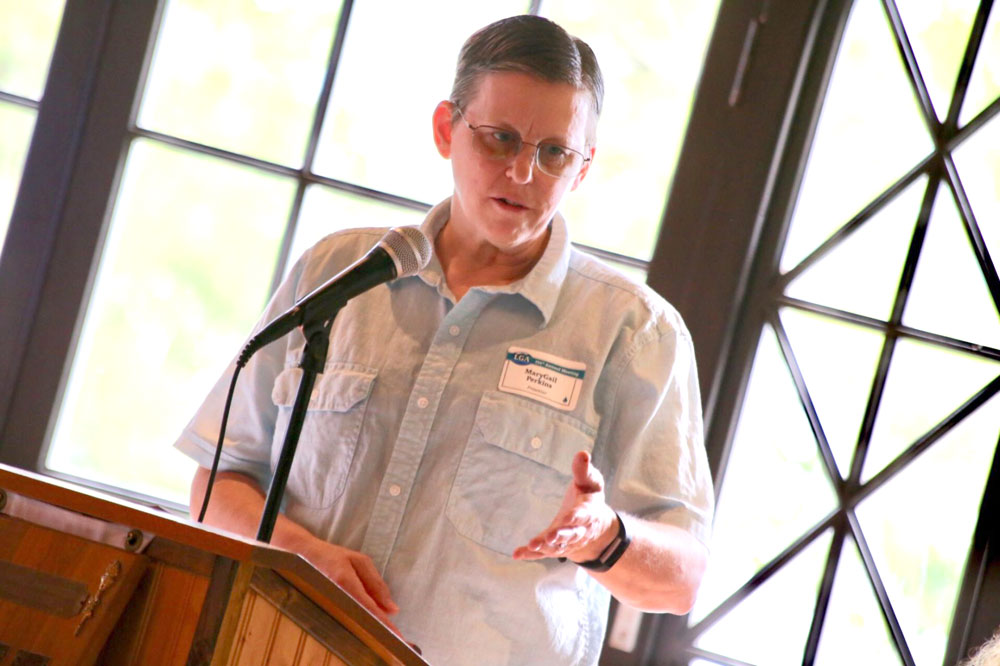 MaryGail Perkins, of the Upstate Freshwater Institute, presents findings of a water-quality study on Lake George on Friday during the Lake George Association’s 134th annual meeting at the Lake George Club in Bolton. (Provided photo — Gwendolyn Craig, The Post-Star)

“Most of these are unregulated in recreational waters,” Perkins said. “Concentrations were measured in nanograms per liter. … They’re very, very tiny. These nanogram concentrations are the equivalent of one grain of sugar in 35 swimming pools.”

Zeng said seeing caffeine in the lake usually indicates that there is an issue with wastewater treatment systems or septic systems. More than 50% of the samples from the 18 lakes tested for caffeine.

He cautioned that with only seven samples from Lake George, it makes it difficult to draw any conclusions.

“We can, of course, try to prevent the entrance of these kinds of chemicals into our lake,” Zeng said. “Most of these chemicals are made to improve our living standards, but at least we can think about how to recycle, for example, pharmaceuticals.”

The Lake George Association participates in the state’s Citizen Statewide Lake Assessment Program, and integrated the study’s sampling into that citizen science initiative. The research was funded by the National Science Foundation.