Woody debris is piled on Friday on part of the Olympic Sports Complex where tree trunks and wood chips were stacked on July 21. (Enterprise photo — Elizabeth Izzo)

Logs and what appears to be wood chips are piled at the Olympic Sports Complex at Mount Van Hoevenberg on July 21. The trees were cut for construction involved with an overhaul of the winter sports venues. (Enterprise photo — Elizabeth Izzo) 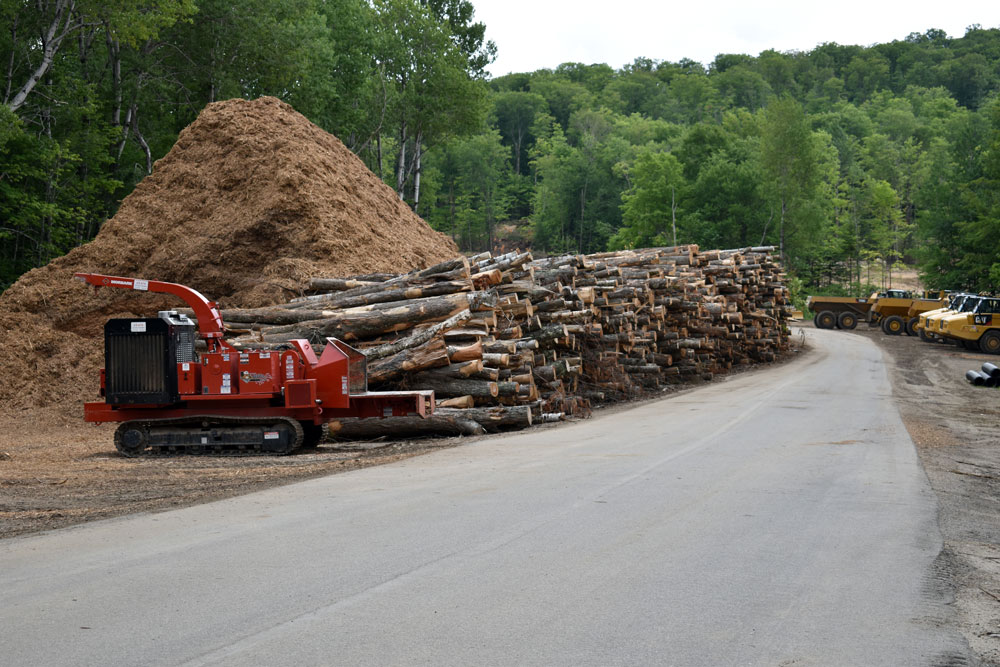 Logs and what appears to be wood chips are piled at the Olympic Sports Complex at Mount Van Hoevenberg on July 21. The trees were cut for construction involved with an overhaul of the winter sports venues. (Enterprise photo — Elizabeth Izzo)

ORDA has started site work here to prep for an estimated $60 million upgrade to the venues for Nordic skiing, biathlon, bobsled, skeleton and luge. There’s been some tree cutting to make way for a new $32 million, three-story base lodge with lounges, a cafe and gift shop, space for the USA Bobsled and Skeleton Federation, and amenities for hikers, recreational skiers and competitive athletes. All of the cutting is happening on town-owned land, for which the state has a permanent land easement.

A road leading to most of the sports facilities is currently closed off. Bright orange signs warn against going farther. Eventually, a chain-link fence with a sign that reads “hard hat area” blocks off the road. Four weeks ago, on the shoulder, there were tall piles of thick tree trunks stacked beside a two-story-high pile of what appeared to be chipped debris. This week, the logs are no longer there. In their place is a large pile of brown material that looks like a mix of woody debris and dirt.

ORDA Communications Director Jon Lundin said the authority is still in possession of the timber that’s been cut and that it remains on site. He repeated that answer when asked if the trees have been chipped.

North Elba town Supervisor Roby Politi wants to know whether the town has the authority to sell the cut timber, since the work is being done on town land. 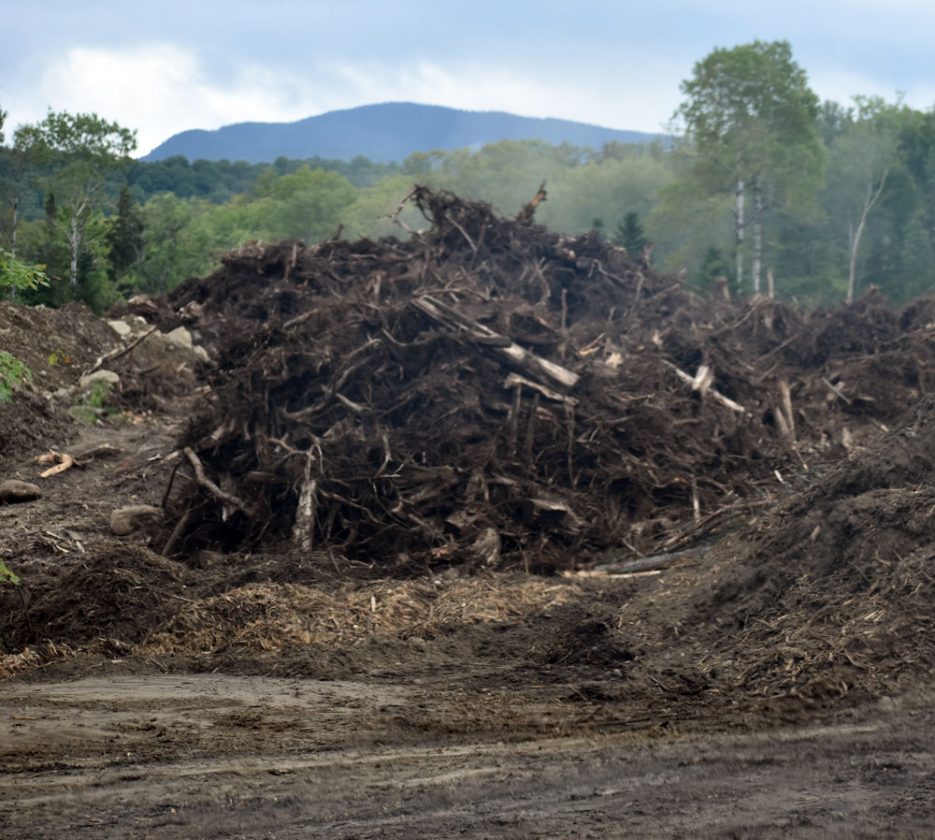 Woody debris is piled on Friday on part of the Olympic Sports Complex where tree trunks and wood chips were stacked on July 21. (Enterprise photo — Elizabeth Izzo)

During the town board’s meeting Tuesday, Politi said ORDA told him it is required to let the trees rot, but he asked the town attorney to find out whether the town could sell them instead.

“I don’t want to see anything wasted,” he said.

It’s unclear at this time what ORDA plans to do with the trees.

Asked about it July 23, ORDA CEO Michael Pratt did not answer the question but confirmed that site work had begun and the authority was transitioning into building construction. Asked again at the ORDA Board of Directors meeting on July 29, Pratt and Lundin said what would happen with the trees hadn’t been decided yet. Asked the same questions Aug. 14, after Politi said in the public meeting that he wants the trees to be sold, Lundin said ORDA is setting up a meeting with town officials to discuss it further.

The cutting is not taking place in the part of the Olympic Sports Complex that’s part of the state Forest Preserve, where the state constitution prevents timber being “sold, removed or destroyed.” The tree cutting to make way for the new base lodge is on land owned by the town, according to the project master plan.

On Nov. 18, 1965, the state purchased a permanent easement for that town land.

According to the Mount Van Hoevenberg unit management plan, which was amended last year, all of the work projects are being done on land designated for intensive use, and all tree cutting will be limited to the easement land and only in areas needed for new construction. None of the tree cutting was proposed on Forest Preserve lands.

Other work planned at the sports complex includes the construction of a new cross-country ski stadium; two “mountain coasters,” one for recreation and another for transportation; the addition of more cross-country ski trails and updated trailheads — relocated away from state Route 73 — that would connect to Cascade, Porter and Pitchoff mountains; and the incorporation of a new 8-million gallon snowmaking reservoir with storage.

Construction is projected to last roughly 26 months, according to Pratt. The new base lodge is expected to open in the winter of 2021, and the other work, including the installation of new trails and stadium construction, is scheduled for completion in 2021 or 2022.