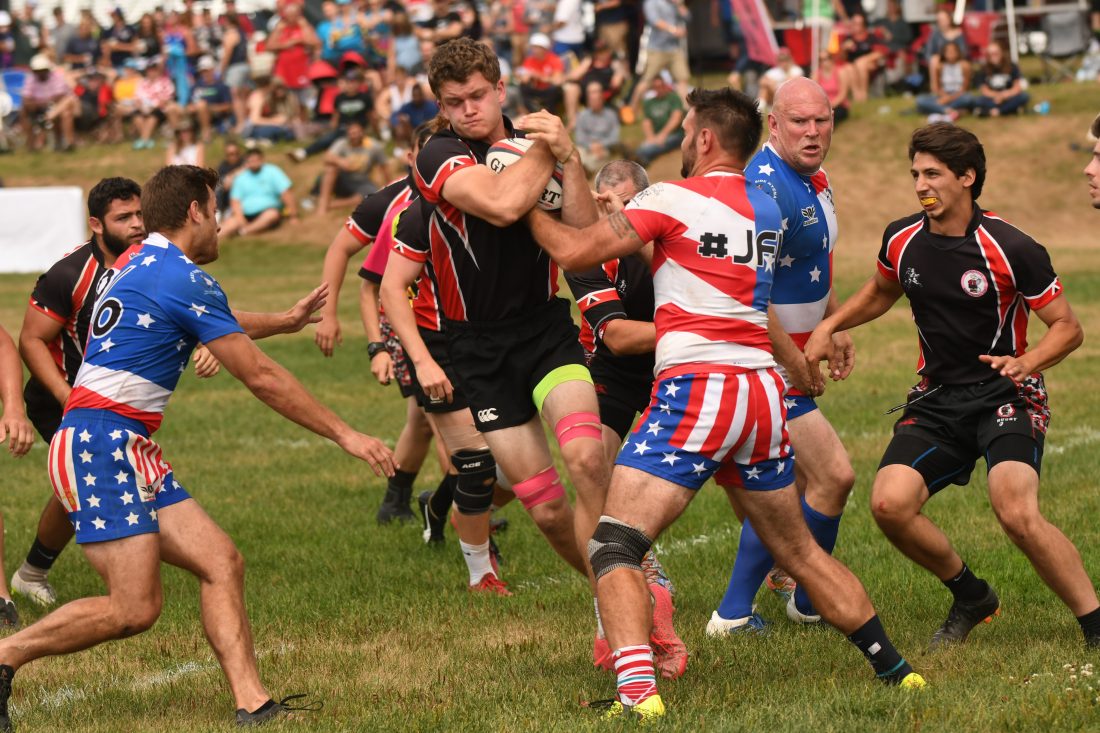 The Can-Am Rugby Tournament will bring in folks from around North America, many either watching or actively participating on more than 100 teams. Saranac Lake Area Chamber of Commerce Director Patrick Murphy said this weekend will be an opportunity to offer a pleasant visit for those coming, and hopefully entice them to return.

“Hundreds of ruggers, and their friends and families, descend upon our area and patronize local businesses and visit local landmarks, making the Saranac Lake area their home for the weekend and seeing firsthand what we already know to be true: that this is a community that cares,” Murphy wrote in an email to the Enterprise.

Many of the hotels and inns are completely booked or close to it. The Sara Placid Inn & Suites is completely full this weekend. The Hotel Saranac was almost fully booked as of Thursday afternoon. Gauthier’s Saranac Lake Inn was not entirely booked, but there were no rooms left open for the entire weekend. Anyone who wishes to stay there will have to book for just a Friday or a Saturday night in a single room.

“We have four slots left, and it’s not even consecutive days,” said Eshna Prajapati, who works for Gauthier’s.

Eateries are also looking forward to the weekend.

For Nori’s Village Market, this year might be better than most. Andy Keal, owner and manager, said that the impact rugby weekend has had on the store fluctuates, but this year with an expanded cafe and more drinks like espressos and smoothies — Keal said smoothies are a big hit with rugby players — the impact could be greater than any year before.

McKenzie’s Grille chef Charles Williams said business is certainly better during rugby weekend. He said Saranac Lake is a place of hospitality, and having an influx of tourists who exercise and get hungry and thirsty is beneficial for the village.

“And rugby’s one of the best weekends,” Williams said.

He also said an overflow of tourists from Lake Placid is helpful to Saranac Lake’s economy.

The weekend is also good for businesses where visitors and locals wet their whistles and unwind after a long day.

“It’s generally a great weekend for the town; you know, business is stronger than normal,” said Paul Tatro, owner of Ray Brook Brew House and Saranac Lake Wine and Liquor.

In the past, however, the partying following a raucous day of storming the field has gotten excessive. Saranac Lake police Chief Chuck Potthast said he has a few extra patrols out on the nights that are busiest in the bars but that in the past five years there haven’t been any major problems.

Games start this morning and last through Sunday.