Town: Solution would cost people of that neighborhood 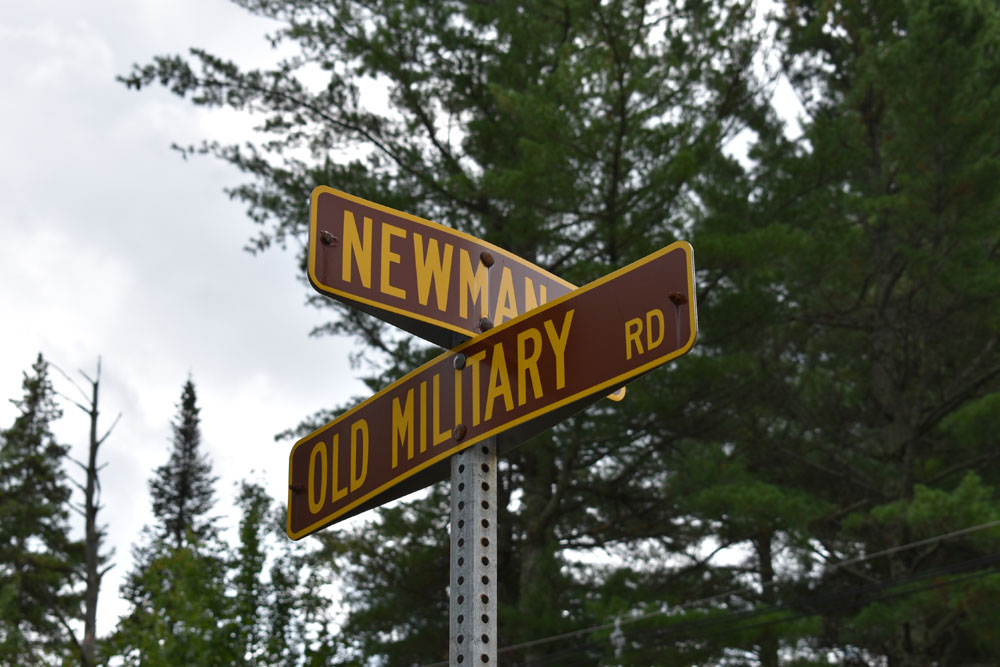 Some residents of Newman Road and Balsam Street are saying that development in this area of town is causing the groundwater levels to rise, impacting their properties. (Enterprise photo — Elizabeth Izzo)

LAKE PLACID — Some residents of Newman Road and Balsam Street say the construction of several new buildings in the area throughout the last few decades has caused groundwater to rise, pushing water into their basements and creating sinkholes on their properties.

The town of North Elba’s engineer, Ivan Zdrahal, said at the town board’s meeting Tuesday there may be a solution to the rising water — but the cost to fix it could easily exceed $1 million.

This part of the town, a residential neighborhood with some of the homes built nearly 150 years ago, was settled in a low-elevation area. Zdrahal said the land has always been wet, and throughout the years the town has churned through a number of infrastructure changes to mitigate the impact of the water. As recently as five years ago, the town installed a double culvert in the area because the last one had failed.

Residents say the groundwater problem has been getting worse over time. Some are pointing the finger at new construction in the last few decades. With more and more impervious surfaces replacing permeable ones, they’ve noticed more water damage on their properties.

“We have not incurred the water we have until now,” said Judith Lundin, who has lived on her property on Balsam Street for nearly 50 years.

Lundin said the concrete in her garage has cracked because there’s water beneath it.

Laura Klinger said in the last two months, she’s seen sinkholes open up in her driveway. As a renter, she fears this could prompt her landlord to hike her rent as the cost of keeping up the property increases.

“As a renter, this is an extreme problem,” she said.

Jennifer Hicks, who has also seen some property damage, called for an investigation into whether any of the new construction has exacerbated or caused the problem.

Politi agreed there is a groundwater issue in that area and that it was likely exacerbated by development, but he said each of the facilities legally obtained building permits.

“It’s worse than it was, there’s no doubt about it,” he said.

Zdrahal said he believes the groundwater levels could be influenced by installing an underdrain — essentially a pipe system that’s buried deep beneath the ground. Altogether, that would cost around $800,000, he said, plus construction and engineering costs that could push the total above $1 million.

“The cost has to be borne by people in a special district, not the wider community,” Politi said.

The town would need to get a bond to pay for the underdrain installation, and collect a special district tax from residents impacted by the groundwater.

Politi estimated that could amount to upward of $1,500 per property per year until the bond is paid off, provided that 30 properties are included in the special district.

Lundin said many of her neighbors likely wouldn’t be able to shoulder that cost.

“I don’t think the entire community can do that,” Politi said.

Politi asked the town engineer to investigate other possible solutions and explore whether there may be a blockage in the system somewhere that could be contributing to the issue.