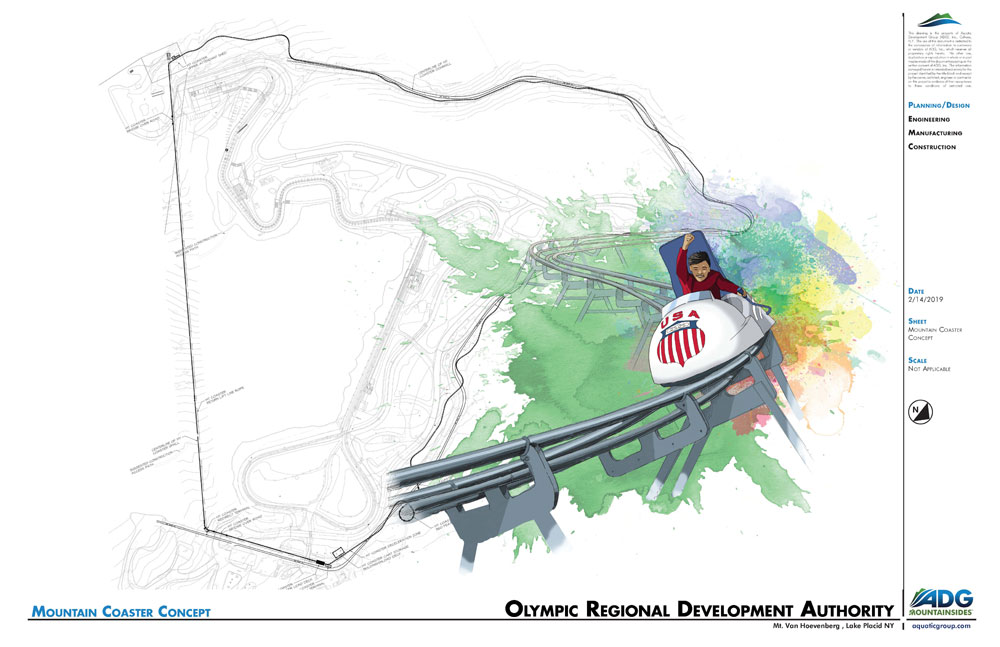 LAKE PLACID — The state Olympic Regional Development Authority’s Board of Directors authorized a more than $1.9 million contract on Monday that will kick-start construction of a new Alpine coaster at the Olympic Sports Complex at Mount Van Hoevenberg.

The Alpine coaster is essentially a rail car that moves through mountainous terrain. It is set to follow the path of the 1980 bobsled track, which is currently inoperable. It would be unique among the venues ORDA oversees, according to CEO Michael Pratt.

The contract to build the coaster was awarded to Luck Brothers, a Plattsburgh-based construction company, for an amount not to exceed $1,933,333. The company responded to a request for proposals posted on the New York State Contract Reporter, and its bid was deemed the “lowest responsible bid,” according to ORDA documents.

The authority expects most of the construction work to be completed by Sept. 1, 2020, according to the contract terms the ORDA board authorized. Pratt said the target opening date for the new coaster would be sometime next fall.

In a separate contract, the ORDA board also signed off on a project that will bring “smart guard” gate systems to the Whiteface, Gore and Belleayre Mountain ski centers. These new systems would work with radio frequency identification technology, which is now common at ski resorts around the world. Once installed, visitors would be able to purchase a unique RFID card, put it in a pocket and pass through gates and access ski lifts without having to take the card out of that pocket. Pratt said the new systems will ultimately cut down on ski lift lines.

The cards would also be reusable: Visitors would be able to remotely reload their accounts and continue to use the same card over multiple visits.

ORDA is set to purchase 789,938 smart cards for customers as well as new gate systems at each of the three ski centers from Axess Inc., a company based in Austria, for a total of $486,747.

The ORDA board also authorized Pratt to sign a contract with Northline Utilities of AuSable Forks for electrical substation work at the Gore Mountain Ski Center. The company will receive $337,000 for the purchase and installation of new electrical infrastructure there, as well as the removal of old equipment. Per the contract terms, ORDA expects that work to be done by Oct. 19.