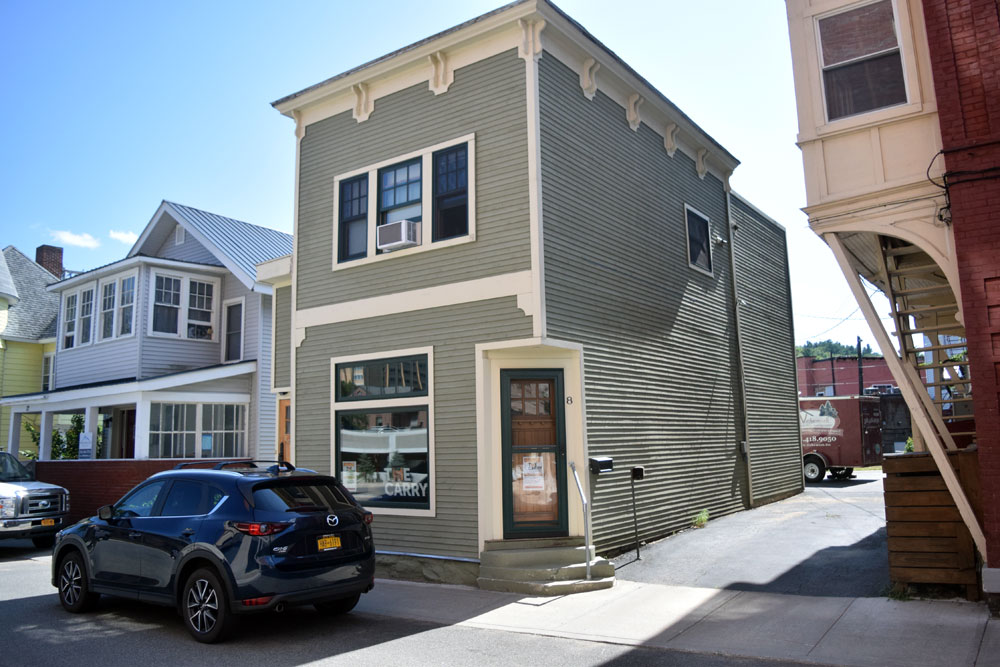 SARANAC LAKE — Cheap office space, connections and resources for entrepreneurs are being offered by The Carry, a co-working space on 8 Academy St.

In a small green building across from the Hotel Saranac lie the two rooms that will house a conference room and an office space. They will be able to fit around seven people at a time, according to Melinda Little, who helped start The Carry.

“Part of the beauty of starting small is we can make mistakes,” Little said.

Little said the space will be attractive to those who are trying to grow their ideas and side hustles. 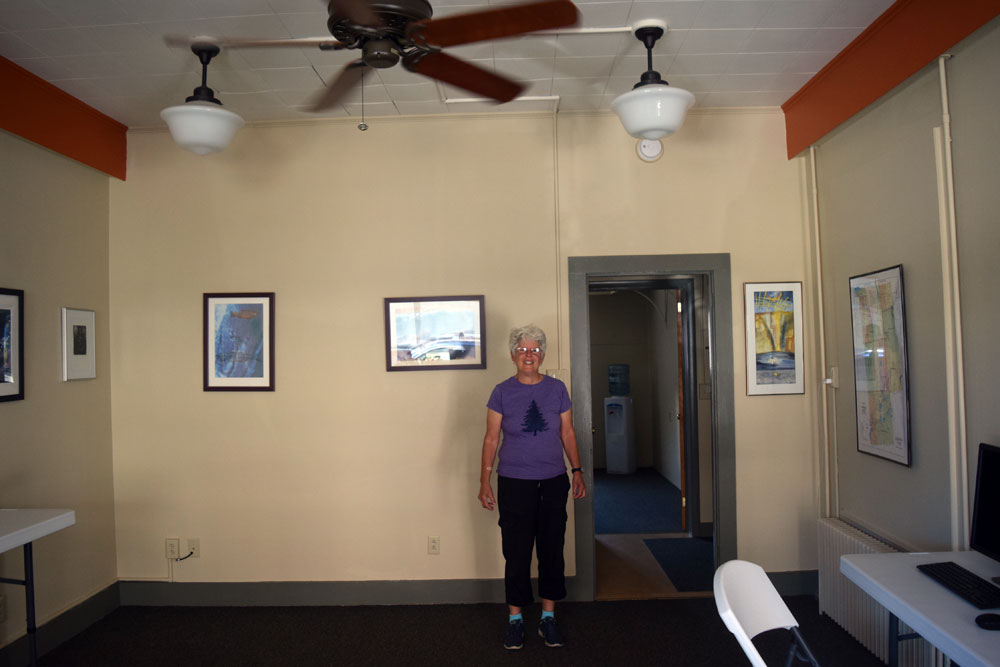 “I’m a really keen believer that for those businesses to happen … you have to have a thriving entrepreneurial environment,” Little said.

Those who wish to use the building whenever they like can pay $100 monthly; additional workers in a company can join the membership for $25 monthly. For $75 a month, people can use the space 10 times a month. People can also get day passes for much less.

Staff at the Shipley Center can use the space for free, as can those from Franklin County government.

Those who join will have access to programs such as product packaging, to show people how to prepare a product so it is tantalizing, and help with crowdfunding. Little said many of the people who have been key at getting the business up and running, such as chamber Director Patrick Murphy and Franklin County IDA CEO Jeremy Evans, can provide resources and coaching that can help put a burgeoning entrepreneur on the right path. There will also be someone from the New York Small Business Development Center to come down to the office.

Each of the three groups supporting The Carry has offered something to help a business take off. Little and Murphy will spend several hours each day overlooking its goings-on at expense. The chamber also donated a high-speed color copier.

The Franklin County IDA has leased the office space, which Little said has greatly helped get The Carry started.

The Carry was also awarded $400,000 from the state Downtown Revitalization Initiative two weeks ago, but before its organizers knew they were going to receive that money, they decided to make the co-working space possible without it. By chipping in and finding ways to be financially viable, they were able to open last week.

“We thought, ‘DRI or not, we’re going to get this going,'” Little said.

The office space is, as she described it, “bare bones,” but with the new influx of money, more features will be added. Counters and high stools will be installed to allow for desk space. New furniture will also be purchased.

Inside there is currently a bathroom, Wi-Fi, a water cooler and a conference space with a whiteboard and a table. Soon there will be added a video conference system, according to Little.