Local species could be at risk under revised Endangered Species Act 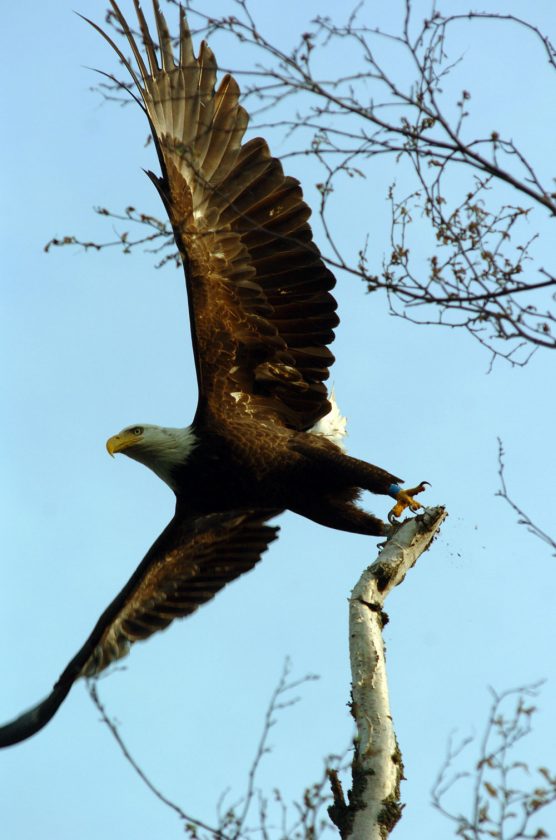 When President Richard Nixon passed the Endangered Species Act in 1973, New York was one of 11 states to first sign a cooperative agreement with the federal government and get to work.

Peter Nye, a wildlife biologist with the state Department of Environmental Conservation, was tapped to spearhead the state’s Endangered Species Unit, where he started off with $411,000 to protect bald eagles, timber rattlers, bats, turtles, falcons, bugs and number of other endangered species.

In his decades working with that office, one of the state’s greatest successes has been the restoration of the nation’s emblem, the bald eagle.

Now, Nye and many others think the Trump administration’s changes to the Endangered Species Act will have a negative impact, not just on wildlife but on humans, too.

The changes are scheduled to go into effect in September. They include things like giving less protection to species that aren’t endangered yet, but on a list of threatened species. The act will no longer consider how climate change impacts a species’ survival, and it will also put an economic value to saving a species. 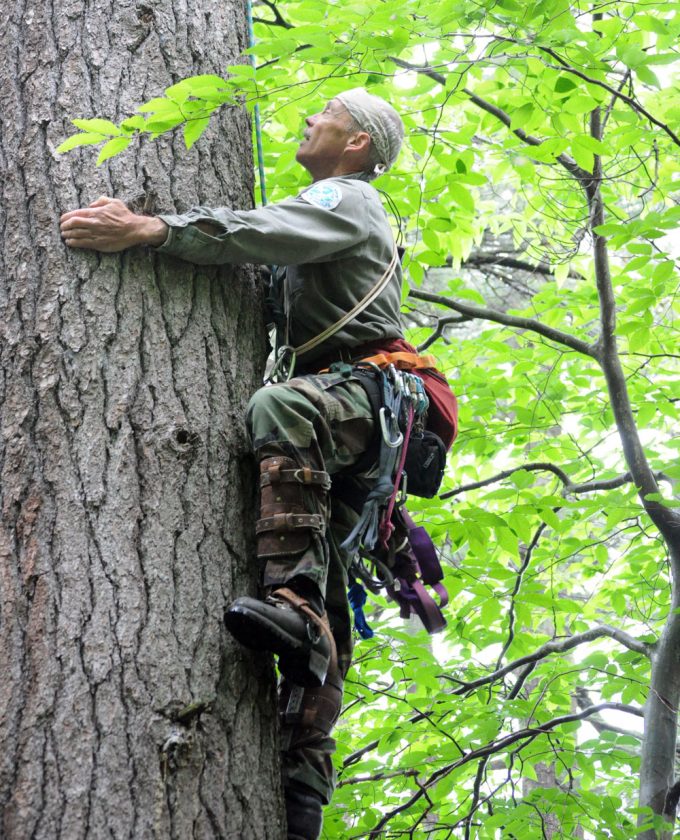 “It’s a difficult thing to prove to somebody, but this is basically human survival,” Nye said. “We know that these species play a role in the ecosystem. We know that trees provide the oxygen we breathe and suck up the carbon dioxide we’re producing. It’s just so evident that the natural world keeps us alive, and the more we mess that up, the more in danger we become. People, especially this administration, just don’t seem to care about the long-term consequences of human survival, as long as there’s money to be made right now. It’s just so short-sighted.”‘

Scientists and advocates in the Adirondacks believe the number of success stories under the Endangered Species Act prove how important it has been and will continue to be.

When Nixon passed the act in 1973, there was just one pair of bald eagles left in New York state.

The birds were unable to raise their young because DDT, a pesticide that has since been banned, made its way through the food chain, accumulating in the eagles, and making their eggshells too weak to hatch a chick.

Top that off with illegal hunting and shrinking habitat, and you have a recipe for fewer eagles.

But once the state had federal money and regulatory backing, an unprecedented restoration project that started at Montezuma National Wildlife Refuge in western New York and spread east to the Adirondack Park, kicked off the eagle’s rebound.

Now there are nearly 500 nesting pairs of bald eagles in New York.

“The bald eagles are living proof of how important this act is,” said Curt Stager, a professor of natural sciences at Paul Smiths College. “The fact that we have now been able to de-list them (from the Endangered Species Act) doesn’t mean that the act is not needed. It means the act is very important, and it works.”

When asked if the Trump administration’s changes, should they have been in play, would have impacted the eagle restoration project, Nye said “probably.”

“If they strictly took into consideration whether the eagle should even be listed, whether it cost too much money, it could have,” Nye said.

The DEC said in a statement to The Post-Star that it “is extremely concerned by the Trump administration’s egregious decision to roll back critical protections for endangered species. New York will continue to act to the fullest extent of its authority to protect threatened and endangered wildlife.”

Other species will be impacted

John Sheehan, communications director for the Adirondack Council environmental group, said the act has also benefited other species in upstate New York, including the bog turtle, the Atlantic sturgeon, the New England cottontail, the Indiana bat, the Karner blue butterfly and the American hart’s tongue fern.

“It has saved countless species of sea turtle and shore birds as well,” Sheehan added, in an email to The Post-Star. “Someday, we hope it will help make possible the return of the timber wolf to its former Adirondack home.”

Stager said the Karner blue butterfly is particularly at risk with these latest changes.

That’s because if it were downgraded from “endangered” to “threatened,” it would not be afforded the same protections, which could push its population to the brink.

In the Albany area, for example, many developers have been prevented from building in certain areas where pine bush habitat provides important refuge and food for the butterfly. That protection could be lost.

Under the Trump administration’s plan, which does not include the impact of climate change, the Adirondack Park’s spruce grouse could be further threatened, Stager added. Shrinking habitat and warming climate are putting significant stress on an already shrinking population.

While not in the Adirondacks, Nye said species like polar bears and penguins will be “out the window” without including the impact of climate change, as they’re impacted by reduced ice floes.

One of the whole purposes of the Endangered Species Act, Nye said, was to strictly use science to identify what species are truly endangered and threatened.

Federal officials, including Interior Secretary David Bernhardt, have countered critics by saying the act “ensures more resources can go where they will do the most good: on-the-ground-conservation,” but Nye believes that’s a separate process.

Deciding what to do about the species after they are listed, and how much it would cost to save the species, is fair game, and has always been a part of the act. His view of the Trump administration’s changes to the act, however, make the economic assessment pre-emptive.

Stager said the changes appear “to encourage more extraction of fossil fuels” and only “benefit a few.”

“We need to protect the Endangered Species Act, even from what might seem like small changes, because it’s a death by 1,000 cuts,” Stager continued. “It’s a slippery slope. If we start going down it, we’ll start losing species, and when they’re gone, they’re gone forever.”