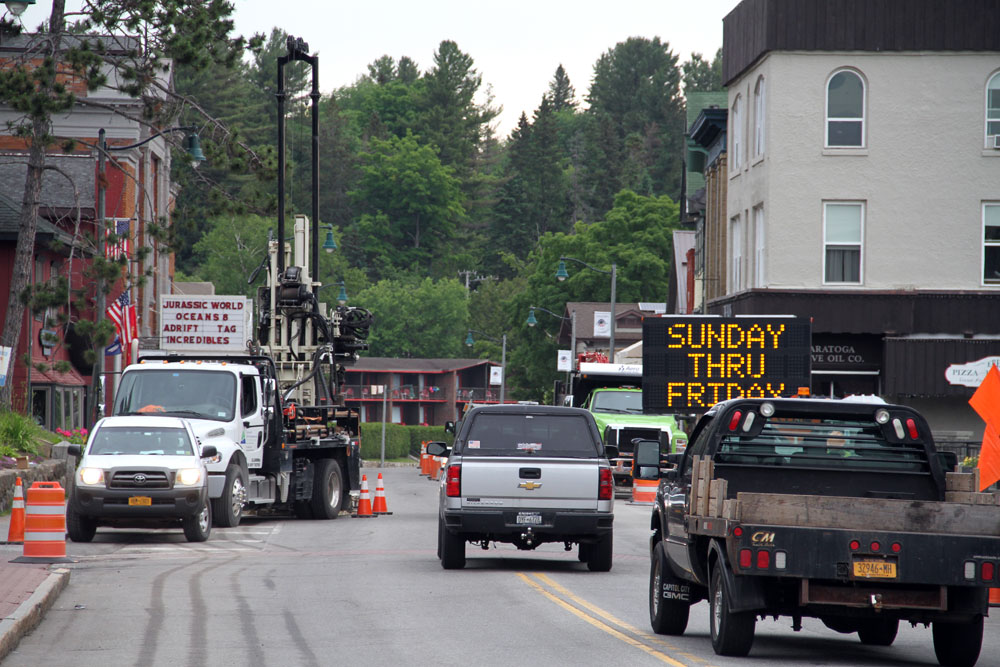 LAKE PLACID — The names of 12 to 15 people chosen to serve on a Main Street reconstruction task force are set to be announced at the next village board meeting on Sept. 3.

The announcement will come more than 10 months after Lake Placid Mayor Craig Randall asked trustees to recommend people they’d like to see serve on the volunteer committee.

Those selected for the task force will have three months to put together a comprehensive plan for the future of Main Street’s streetscape. They’ll be asked to explore different options for sidewalk aesthetics and landscaping as well as potential parking solutions along the village’s most heavily trafficked strip, according to Randall.

Randall said the latter could include looking at the feasibility of a parking facility and what that facility may look like.

“Those decisions should come from the community,” he said at the village board meeting Monday.

The streetscape changes would coincide with planned stormwater and drinking water infrastructure upgrades. The village plans to update the stormwater system along Main Street and install bio-retention basins at the bottom of Saranac Avenue, designed to filter road salt runoff into the ground rather than Mirror Lake.

In the past, Randall has said the entire Main Street project is estimated to cost $8 million. Construction is expected to be spread out over three years in the leadup to the Winter World University Games, or the Winter Universiade, in 2023. The games are expected to bring upward of 2,500 student-athletes, plus spectators, to the Olympic Village.

Randall said he hopes to see the task force complete their streetscape recommendations in three months, so the village can move forward with the bidding process in January.

The Main Street project will be bid as a single project but will be completed in two phases, according to village Trustee Jason Leon. Phase one will include the upgrades between Marcy Road and the post office. The second phase, expected to get started in 2021, will tackle Marcy Road to the Saranac Avenue intersection.

Construction on the sewer lines along Main Street was completed last summer.