Judge: Jreck will be sold

Owner has been sentenced to prison, $25M restitution 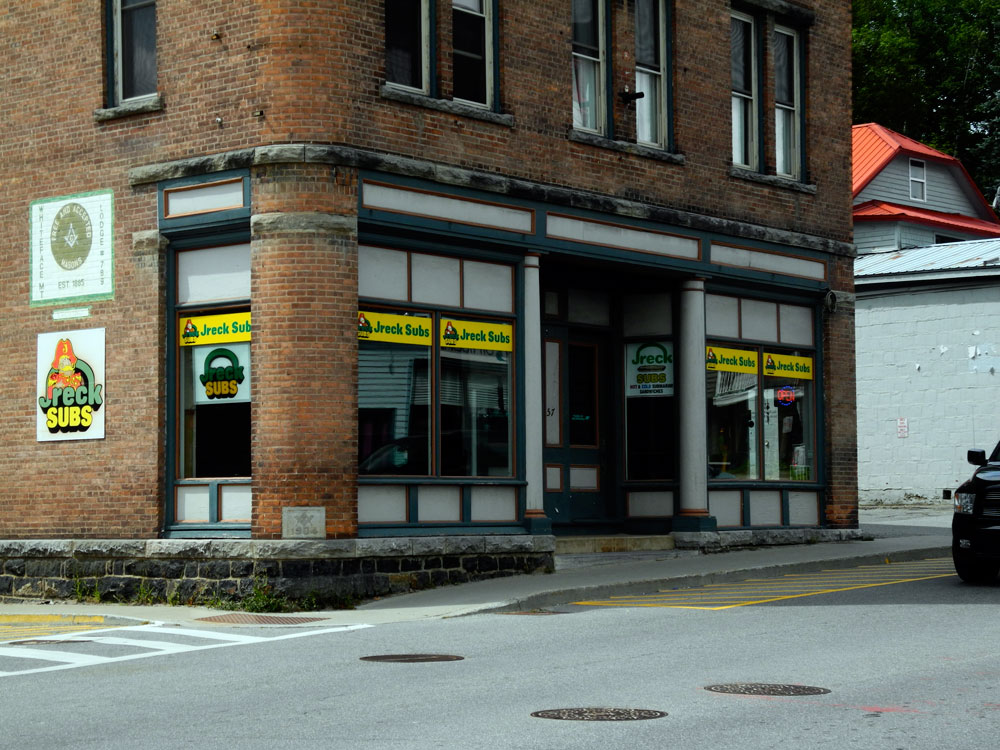 WATERTOWN — A federal judge on Friday ordered the sale of the assets of the Jreck Subs franchise, which has more than 30 eateries all over northern and central New York.

The ordered sale comes in the wake of the September 2016 conviction of Jreck’s principal, Christopher M. Swartz, on federal wire fraud and tax evasion counts. In July 2017, Swartz was sentenced to 12-and-a-half years in federal prison and ordered to pay a total of $25 million in restitution. He was also ordered to forfeit any ownership interest in Jreck.

Since that time, Jreck’s has been operated by the U.S. Marshal’s Service while a dispute has been waged in federal court over who actually owns Jreck’s assets. Four claimants — Edward St. Onge and Orienta Investors LLC, Change Capital Partners Fund I LLC, the Swartz Family Trust and Continental Trust Corporation Limited — filed petitions with the court asserting an interest in Jreck.

Jreck was founded in Watertown in 1967 by three school teachers who began selling subs out of a decommissioned school bus outside what was then Camp Drum. In 1972, Swartz’s father, H. Thomas Swartz, joined the corporation and then purchased a minority interest in Jreck in the early 1980s. In 1991, the elder Swartz obtained a controlling interest in the franchise using promissory notes, notes which were never repaid. The elder Swartz, an attorney, was convicted in 1996 of federal charges of bank fraud, bribery and conspiracy in connection with the downfall of Jefferson National Bank and was sentenced to 41 months in federal prison.

At that point, according to court documents, the elder Swartz handed over ownership and control of Jreck to his son, who quickly took the company public using a reverse merger involving a shell company with no operating assets. The new entity was known as Jreck Subs Group Inc., but was shortly after renamed Ultimate Franchise Systems, which was headquartered in Heathrow, Florida, but kept most of its operations in Watertown.

According to documents, Christopher Swartz hired a stock promoter to inflate the value of Ultimate Franchise and between 1997 and 2000, Swartz used the inflated stock value and a series of promissory notes to buy up a string of restaurants, including a 75-store pizza chain in California, a 41-store sandwich chain in Florida, a 43-store sandwich chain in North Carolina and a restaurant chain with stores in Tennessee, Alabama, Georgia and Utah. Prosecutors claimed Swartz orchestrated these acquisitions while simultaneously misappropriating company funds and concealing existing debts from new investors. According to the government, he later divested several of these acquisitions into shell companies using promissory notes that were never paid.

In 2002, Swartz formed Grace Ventures Group and sold 80% of Jreck to the company for $1.996 million, with Ultimate Franchise retaining 20% interest. The deal was financed primarily through a promissory note that was never repaid and ultimately written off by Ultimate Franchise. In 2005, Swartz assigned his 100% membership of Grace Ventures to the Swartz Family Trust, the principals of whom were family members. When some investors sued or threatened to sue Swartz, he brought in new money in 2009 by acquiring $1.5 million through a deal with Holding Capital Group, a private equity firm in New York City.

In 2011, Holding Capital Group sued Swartz for failing to make three payments on promissory notes, prompting Swartz to rename two Jreck entities, changing Jreck Holdings to Focus Acquisitions LLC and Jreck Franchising LLC to Focus Franchising Company LLC. According to court documents, Swartz brought in St. Onge and Orienta Investors as investors to pay off the 30% stake Holding Capital Group held in Jreck. By 2015, several creditors were pursuing Swartz’s assets and a federal grand jury was investigating him. At that point, according to court documents, Swartz again tried to take Jreck public, having voluntarily de-registered as a publicly traded company in 2004. After a series of corporate transfers and another reverse merger, the assets of Jreck were owned by Focus Acquisition, of which the Swartz Family Trust held roughly a 70% interest and Orienta retaining the remaining 30%. The company never went public.

Orienta has opposed the sale of Jreck, maintaining that an auction of its assets would bring lower value than if Orienta were awarded ownership of the assets. The government has repeatedly pushed for the sale of the assets, essentially arguing that the longer legal proceedings continue, and the longer the franchise remains under government operation, the more the value of the assets will be diminished. Of particular note is Jreck’s lack of a valid Franchise Disclosure Agreement which makes it unlawful for Jreck to sell new franchises to interested franchisees, according to court documents.

In his decision Friday, U.S. District Judge David N. Hurd ordered the sale of Jreck, dismissing all claims of any interest in the business except those of Orienta. The judge indicated that further discovery would be needed prior to the sale to determine Orienta’s interest in the sale proceeds.

Judge Hurd dismissed the Swartz Family Trust’s claim, stating, among other things, that the trust had failed to plausibly plead an interest in Jreck that was superior to the government’s interest. The judge wrote that by the time Swartz assigned the trust his interest in Grace Ventures, his wire fraud scheme was well underway.

Various admissions made by Swartz as part of his plea agreement conclusively establish that the 2002 formation of Grace Ventures and its subsequent acquisition of (Jreck) using money from other investors and a promissory note the defendant later manipulated into a total write off were part and parcel of the wire fraud itself, Judge Hurd wrote.

He wrote that Swartz’s transfer of Jreck to the trust for no consideration was in fact a sham transaction made in furtherance of the same fraudulent scheme.

The judge dismissed the claims of Continental Trust, which claimed it was owed $409,000 on two promissory notes, in part because its petition was not signed by an attorney and otherwise failed to state the nature and extent of its interest in Jreck. He dismissed Change Capital Partners motion as moot because the company has been repaid money it was owed while the litigation was pending.

No date for the sale has been set.

Love has no political party