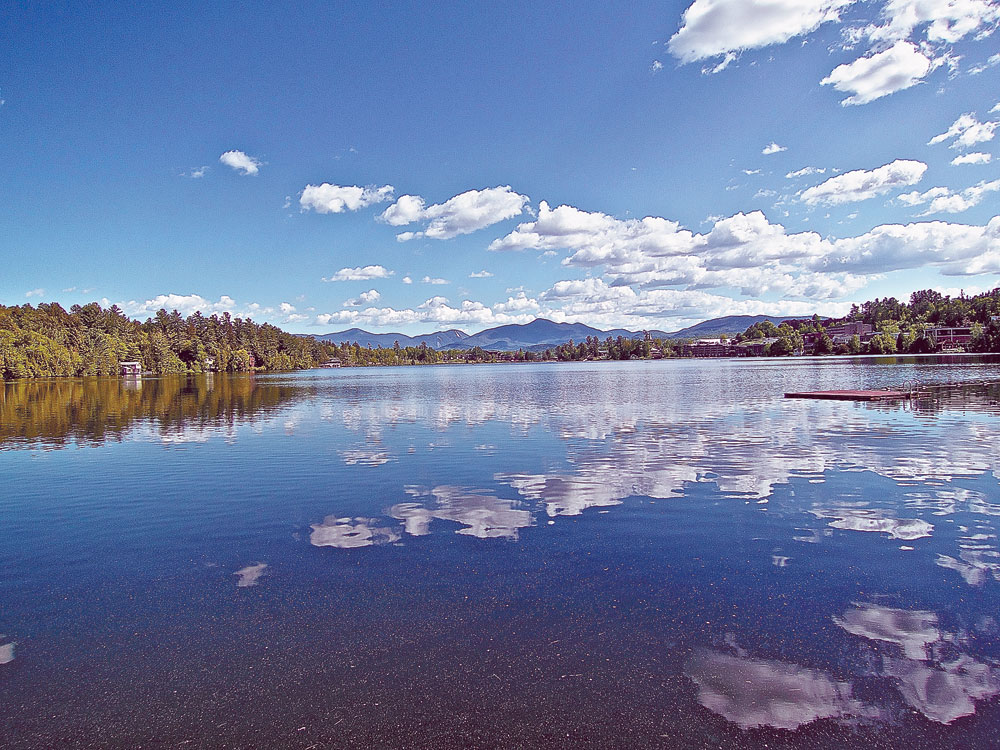 Mirror Lake in the village of Lake Placid lives up to its name in June 2017. (Photo provided — John Eldridge)

As of Friday, the Mirror Lake Watershed Association had received $250 in donations toward its $5,000 goal.

If it’s fully funded, the survey would study roughly 25% of the total fish population in Mirror Lake, according to Margaret Murphy, a fisheries biologist and member of the MLWA.

It’s crucial to understand how water quality changes may be affecting fish, according to MLWA Chairman Bill Billerman, because road salt is making the deepest depths of the lake more dense, leading to a lack of turnover in the spring, which blocks the replenishment of oxygen. That can lead to a loss of oxygen at the bottom of the lake, where lake trout prefer to live.

“We want to get a good sense of what the population is doing these days as far as health,” he said.

If the project is fully funded, a team from SUNY Cobleskill, including professor Mark Cornwell, will use a boat to skim the parameter of the lake and stun fish by sending one volt of electricity into the water up to 10 feet deep.

“They do this type of work for other lakes,” Billerman said. “They have the equipment and the knowledge.”

The work would take one night, and Murphy would compile the final report.

Both the town of North Elba and the village of Lake Placid have authorized the project, and Murphy has already obtained a permit from the state Department of Environmental Conservation, according to Billerman.

He said the results of the survey would act as the starting point to measuring road salt impacts moving forward.

“We want to try and figure out where the health of the fish population is, and also have a database so if we want to do this again in the next five years (after road salt runoff is reduced), we can see if their health is gaining or whether there’s a result that’s going to favor the fish population,” Billerman said.

The last time the lake’s fish population was studied was in 2003, when the state Department of Environmental Conservation conducted a survey to assess the overall fish population.

To donate funding for this project, visit adirondackgives.org/campaigns/fish-survey-of-mirror-lake.