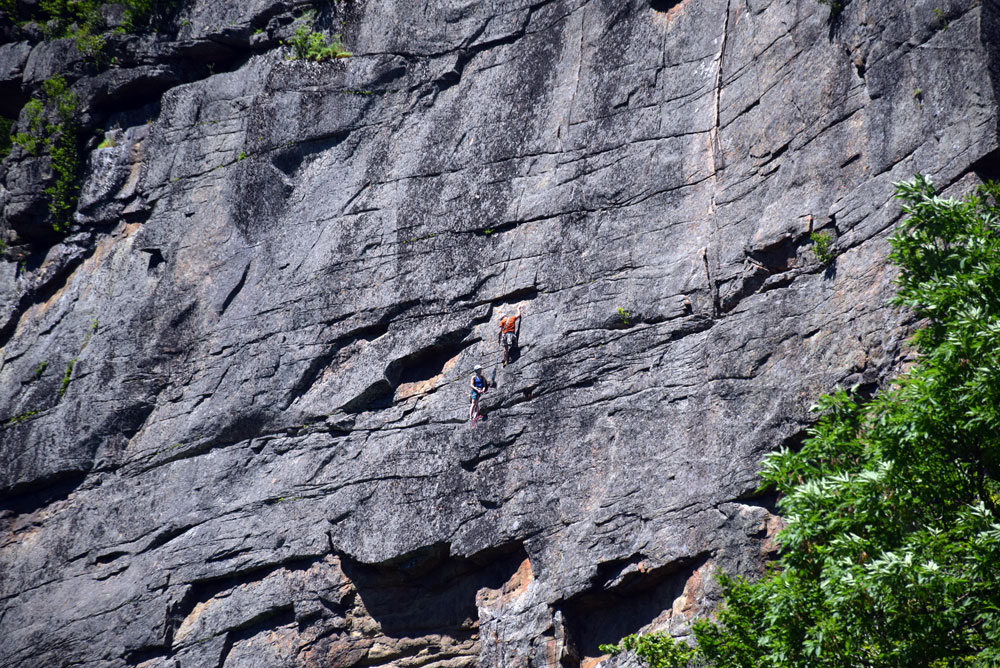 A pair of rock climbers ready for their next move during a trip up the Pitchoff Mountain cliffs outside of Lake Placid last month. (Enterprise photo — Justin A. Levine)

RAY BROOK — The state Department of Environmental Conservation has announced that all rock and ice climbing routes in the Adirondacks have reopened until next spring, when peregrine falcons will begin nesting again.

“Thank you for your compliance throughout this year’s (peregrine falcon) nesting season. All routes including Potash Mountain are now open to climbing until 4/1/2020,” an email from the DEC said. “Climbers are urged to always be cautious and observant while climbing. Please report any aggressive or agitated peregrine falcon behavior to the DEC Wildlife Office at (518) 897-1291 or info.R5@dec.ny.gov.”

Climbing routes around the Adirondacks are closed each spring as peregrine falcons — which are protected as an endangered species — begin to nest on cliff sides. The DEC and climbing community work together to monitor nesting sites, and as sites are found to be unoccupied or abandoned, the DEC opens climbing routes.

Most of the nesting sites are in the Lake George, Lake Champlain and northern Adirondack areas, and include cliffs on mountains such as Poke-O-Moonshine, Sleeping Beauty and Crane Mountain. Other nesting locations include Wilmington Notch and Chapel Pond.

The DEC has opened a number of climbing areas in the past month in the lead-up to the complete opening.