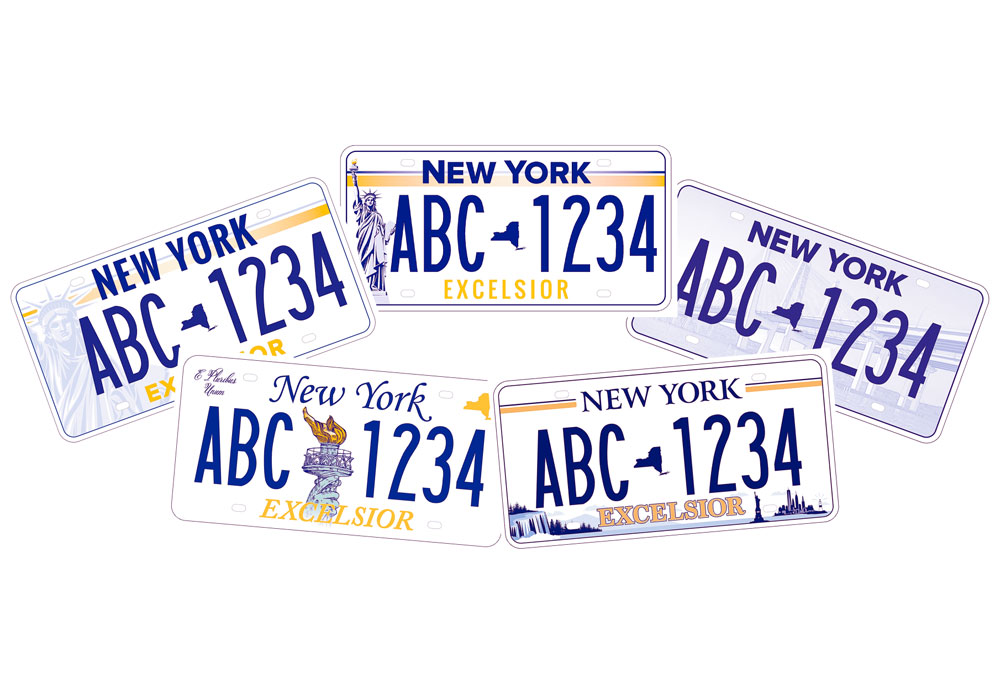 The governor’s office is asking New Yorkers to vote among five options for new license plates.

The Democratic governor, at the opening day of the New York State Fair, attempted to provide justification for the new fees in response to questions from CNHI.

The plan has faced rising criticism from Republican leaders and even some Democratic lawmakers in recent days.

Cashless tolling involves having reader devices that scan plates, and Cuomo said the plates now on the more than 11 million registered vehicles in the state were designed before that technology came on line.

The reader devices will be more reliable if plates have dark lettering against a light background, the governor suggested.

“We want people to pay their tolls, and the reason that’s important is if I don’t pay my tolls then you’re going to pay my tolls, right?” Cuomo said.

Beginning in April, vehicle owners will have to pay the $25 fee to get replacements if their existing plates are at least 10 years old.

State officials, asked by CNHI to provide data on the average cost of manufacturing a new license plate, said they did not immediately have that information.

One reason for the controversy over the plan is that motorists did not have to pay additional fees for replacement plates when the current plate design was introduced in 2010.

In response to the plan, Assemblyman Angelo Santabarbara, D-Schenectady County, said he has drafted a bill that would stop the state from requiring replacement plates if motorists can show their existing plates are in good condition, regardless of their age.

“If these new plates are so important, (Cuomo) should pay for them, period,” Santabarbara said.

An estimated 3 million New York motorists now have plates that are at least 10 years old, according to state officials.

The plates are manufactured by prison inmates using machines at the maximum security Auburn Correctional Facility.

Cuomo said the $25 fee was established in 2009, before he became governor.

Some lawmakers are urging the governor to waive the fee. But he gave no indication he is interested in that suggestion.

E.J. McMahon, research director for the Empire Center for Public Policy, said Cuomo effectively suggested it costs the state $25 to produce each license plate, an assertion he labeled “preposterous.”

Before treating himself to an Italian sausage sandwich on the fairgrounds midway, Cuomo announced the facility has undergone numerous updates and is on track to go “off the grid” and obtain all of its power needs from renewable sources of energy in 2023.

He rode an Amtrak train to the fair from Albany, noting those who go to the 13-day agricultural extravaganza get free admission if they travel by train.

Cuomo also voiced optimism that this year’s fair attendance will exceed the 1.2 million people who went through the gates last year, a record number for the event.

Joe Mahoney covers the New York Capitol for CNHI’s newspapers and websites, including the Press-Republican.