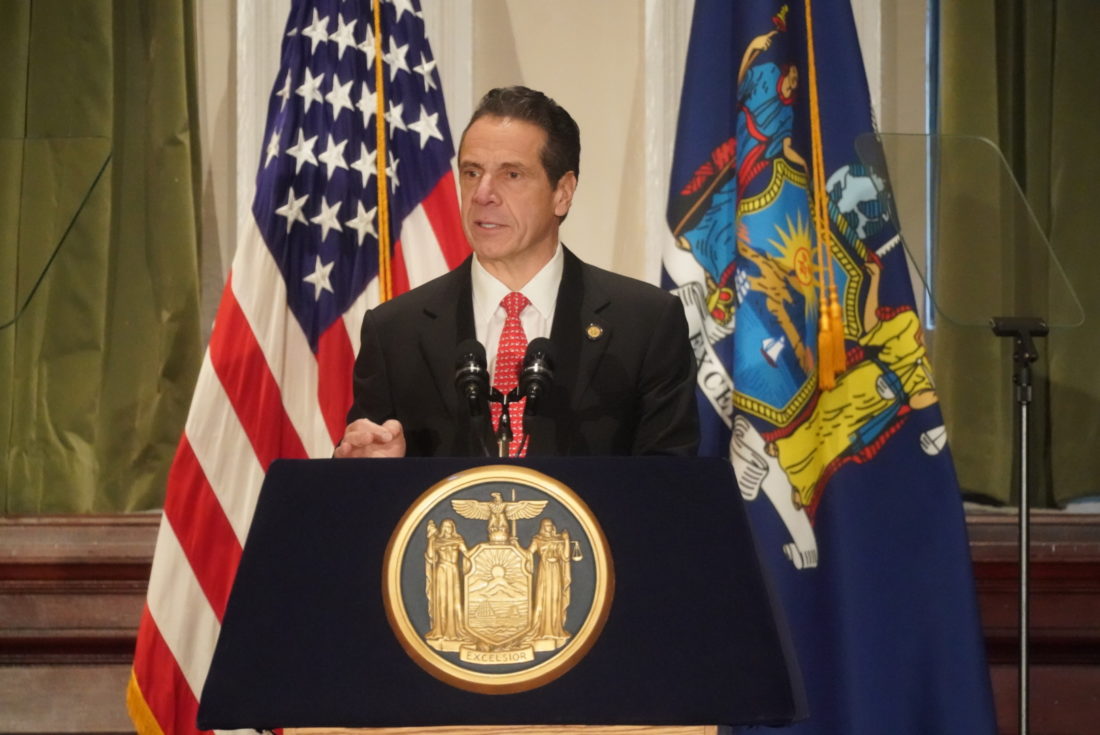 Gov. Andrew Cuomo unveils his “2019 Justice Agenda” in December 2018, urging the state legislature to act in the first 100 days of the next legislative session. (Photo courtesy of the governor’s office)

Gov. Andrew Cuomo labeled as “hypocritical” remarks made by President Donald Trump, after two mass shootings over the weekend, condemning bigotry and hate.

Cuomo, in an interview with WCBS Newsradio 880, said, “I think the president should practice what he preaches. I think for the president to say there’s no place for hate is one of the great hypocritical statements of all time.”

“The president’s tactic has been divide and conquer,” Cuomo went on to say, also citing Trump’s remarks following the white nationalist protests in Charlottesville, Virginia, where a counter protester died, that there were good people on “both sides.”

Cuomo said if Trump wanted to make a difference he should call for a ban on assault weapons and large-capacity magazines and support universal background checks.

In addition, Cuomo said that Trump’s calls for improving mental health, passing red flag laws to prohibit people from owning guns and imposing the death penalty on hate crimes is not enough. 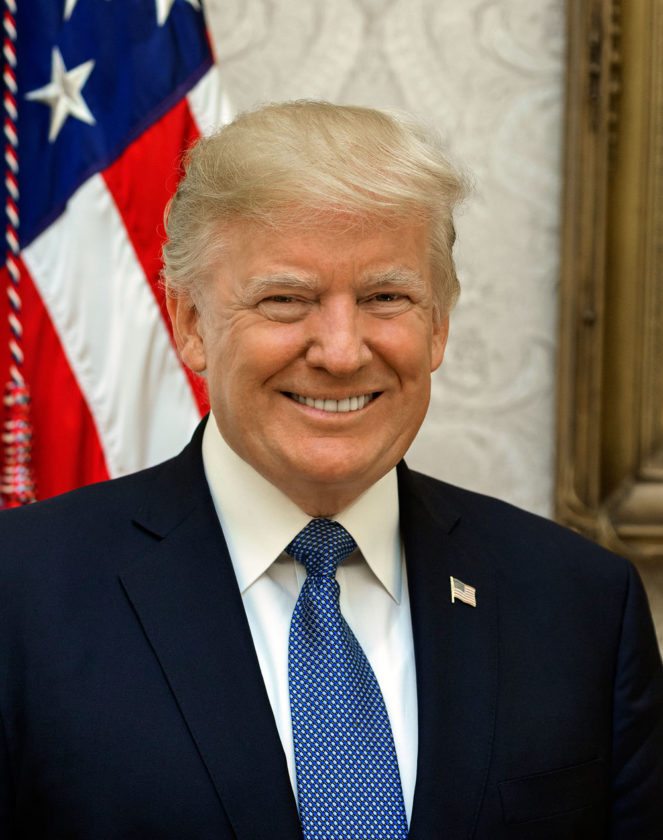 U.S. Rep. Elise Stefanik, R-Schuylerville, is losing one of her closest friends in Congress, as U.S. Rep. Will Hurd of Texas has decided not to seek re-election.

Hurd is the lone black Republican in the House and has been an ally of Stefanik. They have both voted against the party on issues related to immigration and the government shutdown. 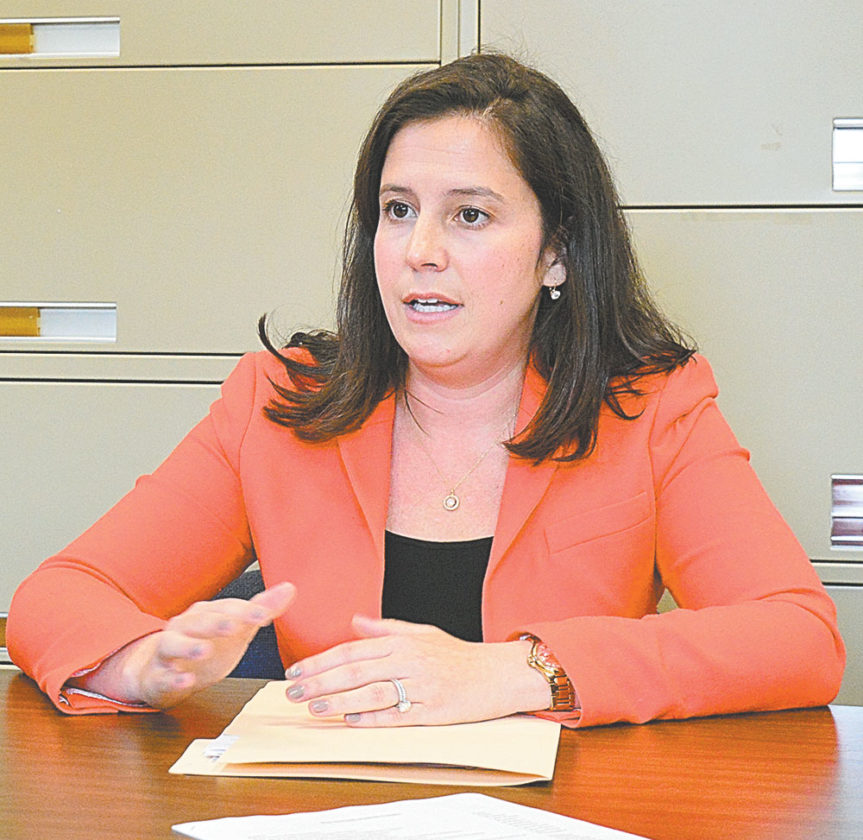 Hurd, 41, said in an op-ed commentary that he wanted to move on “to pursue opportunities outside the halls of Congress to solve problems at the nexus between technology and national security.”

Stefanik tweeted a message of support and a photo of Hurd dancing with the congresswoman at her wedding.

“I am so lucky to have a friend for life in @HurdOnTheHill. He is one of my best friends in Congress & I know that he will continue to strive to serve our country. The sky is the limit for Will & Americans will hear more from him in years to come.”

Hurd was one of four House Republicans to vote yes on a resolution condemning Trump’s statements about the four liberal congressman of color referred to as “The Squad.”

Hurd was quoted in The Washington Blade giving a speech at a June Pride Month event, sponsored by the Log Cabin Republicans, lamenting that the Republican Party is getting older and less diverse. 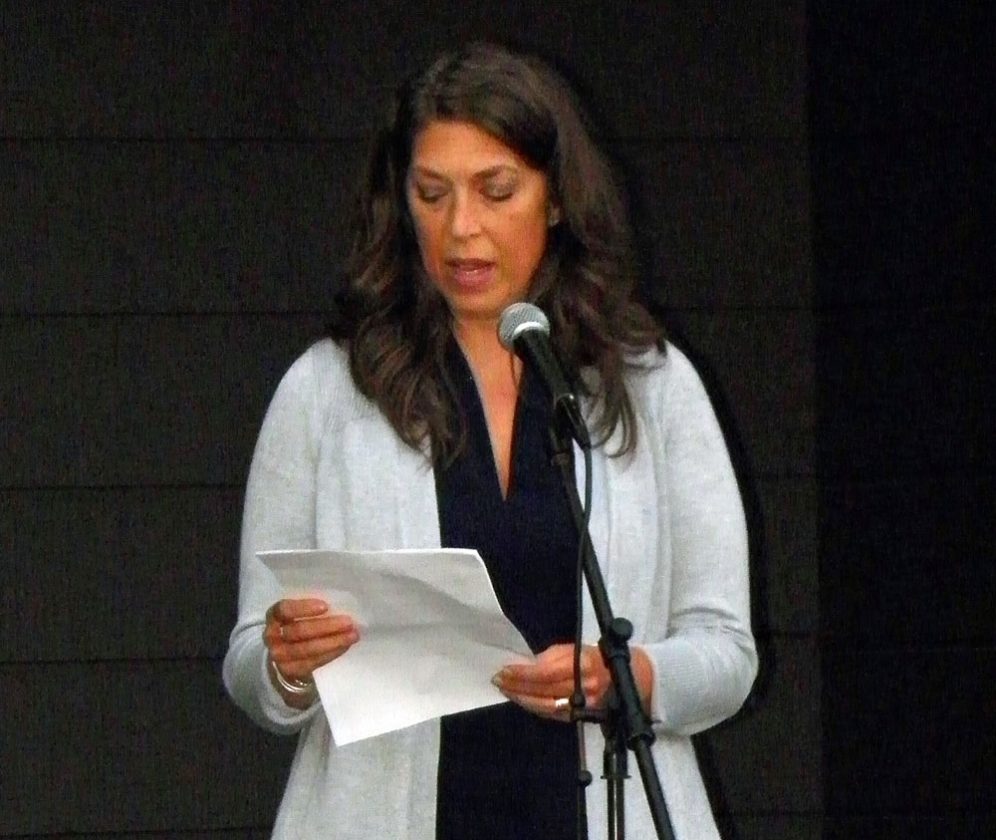 “This is a party that is shrinking. The party is not growing in some of the largest growing parts of our country. “Why is that? … It’s real simple. … Don’t be a racist. Don’t be a misogynist. Don’t be a homophobe. These are real basic things that we all should learn when we were in kindergarten. But, unfortunately, there’s too many people that don’t follow those things.”

Cobb sent out a news release on the 54th anniversary of the health insurance program, asking the congresswoman to explain how she would “preserve and protect” Medicare, which she promised during her 2014 campaign.

Cobb cited specific votes taken by the congresswoman, including Stefanik voting in 2015 to provide means testing for Medicare. In 2017, she voted to cut Medicare by nearly $500 billion, raise the eligibility age to 67 and make it a voucher program, according to a news release. Last year, Stefanik voted in favor of a balanced budget amendment, which Cobb says would have resulted in cutting Medicare by up to $329 billion per year.

Stefanik has taken over $500,000 in donations from the health care industry.

“While Congresswoman Stefanik has vowed to protect and preserve Medicare, her votes tell us everything we need to know,” Cobb said in a news release. “I believe that we need to safeguard Medicare for future generations, and I will never support any cuts to Medicare, raising the retirement age or turning it into a voucher program.”

Stefanik’s campaign pointed to multiple instances of legislation that she has supported on seniors health care. She voted for the Protecting Seniors’ Access to Medicare of 2017 bill, which would have terminated the Obama-era Independent Payment Advisory Board, which had the ability to reduce seniors’ access to health care.

In May, she co-sponsored legislation called the Protecting Local Access to Care for Everyone to halt a policy from the Centers for Medicare and Medicaid Services that would cut Medicare reimbursements by up to 60% for multi-campus regional hospitals.

The Improving Access to Medicare Coverage Act would amend the law to deem that someone receiving outpatient services in a hospital could be considered an inpatient to satisfy the three-day hospital-stay requirement regarding Medicare coverage of skilled nursing facilities, according to www.govtrack.us.