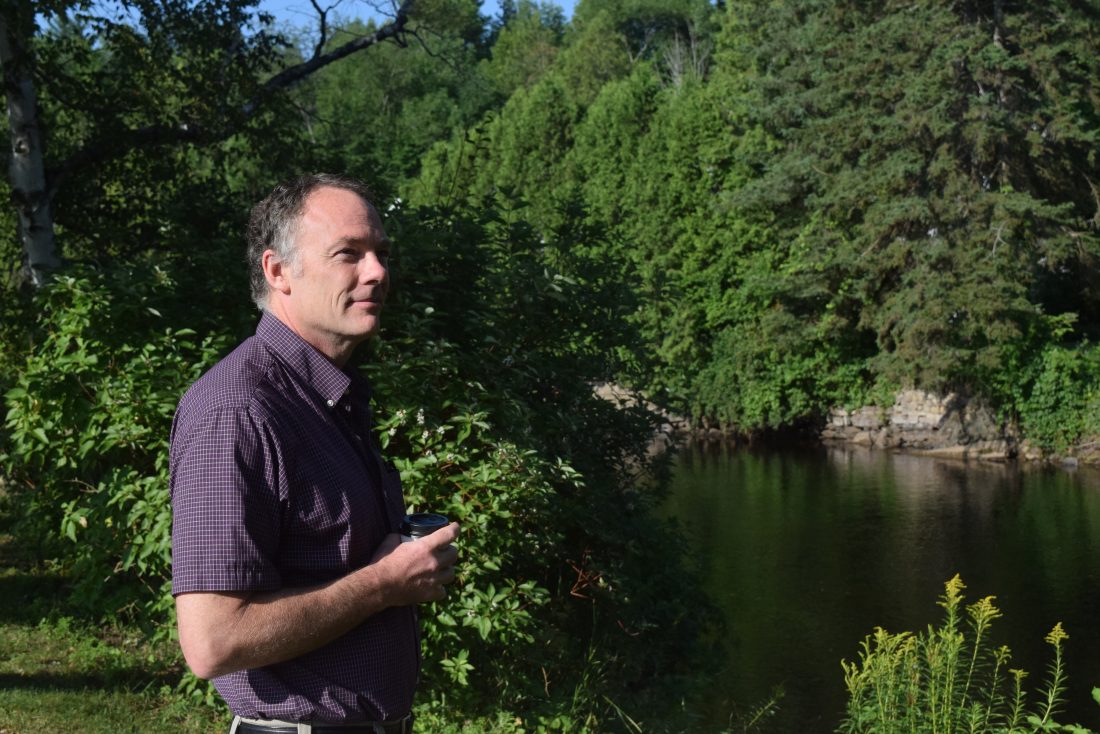 It took five months to find him and hire him, and now, Sean Connin is the new director of the Franklin and Essex chapters of Cornell Cooperative Extension.

Connin started on June 1 but said he’s still excited two months later. He is not new to the area. He grew up in the Finger Lakes and moved to Rainbow Lake with his wife in 2000.

His past has made him familiar with Franklin County and the environment. At one time he taught environmental studies at Paul Smith’s College and helped found what is now the Adirondack Watershed Institute there; he was initially brought to the college to start and direct the Adirondack Aquatic Institute.

He also helped bring in a grant from the U.S. Environmental Protection Agency that started the Adirondack Invasive Plant Program, which includes lake monitoring.

In 2007 he left for Trinity University in San Diego. There, Connin said, he was hired to start the Collab for Learning and Teaching, which was a center where teachers could collaborate. He eventually made his way back to Saranac Lake to work with Adirondack North Country Association’s Clean Energy Program before being hired two months ago by Cornell Cooperative Extension.

Connin said right now his goal is to better understand the two associations, one in Franklin County and the other in Essex. He wants to know their inner workings, tendencies and strengths of the staff before implementing any new plans.

“My attention right now is to support the staff and their efforts and learn from them,” Connin said.

He does have ideas as to what can be done in the future. He said he believes it’s important to have “pipelines for local food markets” and to focus on families and youth monitoring. He said he also wants to “build a culture around local products.

“These are the types of projects that, at this stage of my career, really attract me,” Connin said.

Connin said some of the important issues facing the counties include increasing agritourism, supporting youth development, expanding local food access and, in a broad sense, health issues — such as seeing what educational programs can do to curb the opioid epidemic.

Connin said there are a lot of similarities between the two counties but also a few differences. One difference is that Franklin County has a lot of inter-generational farms, whereas Essex County has emerging farmers who are producing goods for particular niches. He said that although they are similar, he will have to get to know both areas on a deeper level.

“What that demands of me is to get to know the people of both places at a local level,” Connin said.

Connin said what makes this job different from those he’s had in the past is the local and national aspects. On the one part, he works on a local level with individuals and with counties for programs and funding. On another level, he can gather research and funding from the Cornell University Land Institute.