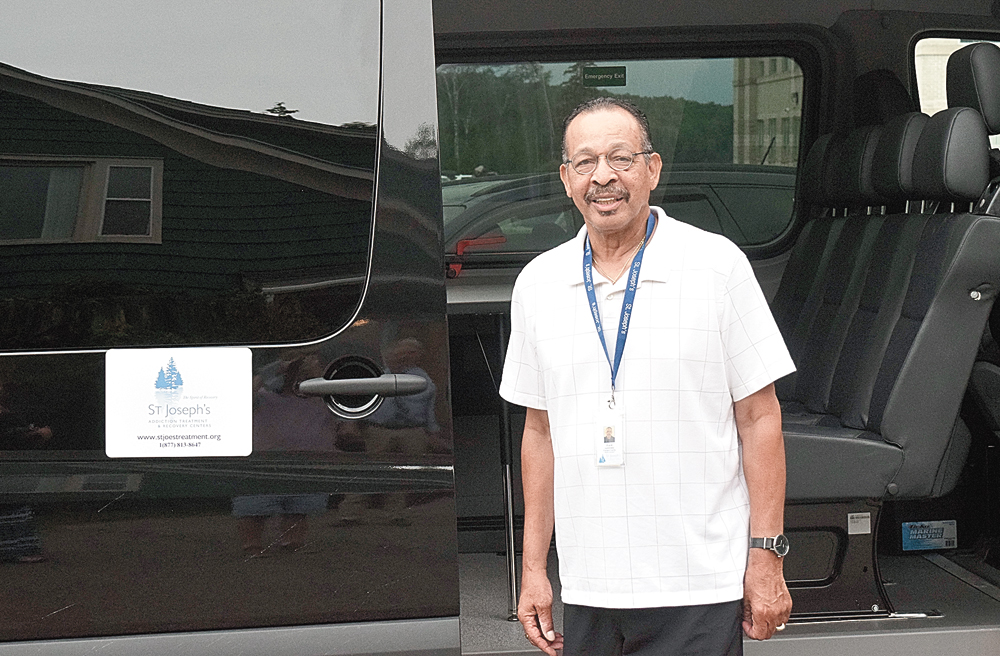 Frank Landerway, mobile counselor, will be able to pick people up and take them to the Open Access Center. He’s also trained to do what other counselors do. (Enterprise photo — Kevin Shea)

SARANAC LAKE — It often goes heroin, overdose, doctors and then recovery, but a new 24/7 Open Access Center hopes to add necessary middlemen to the process.

Across the parking lot, only a few hundred feet from the Adirondack Medical Center in Saranac Lake sits the temporary site for the Open Access Center, run by St. Joseph’s Addiction and Recovery Centers, which has other addiction recovery, in-patient and out-patient sites around the state. It will be in operation for several months until the new building, which will also have a 10-bed detox center and out-patient services upon completion. A $3.3 million grant from the state Office of Alcoholism and Substance Abuse Services will allow for the renovation of the new site.

OASAS offered grants to organizations in 10 regions in the state to open these kinds of facilities. St. Joseph’s was the recipient in the North Country and will now be able to help those in need from St. Lawrence, Franklin, Essex and Clinton counties. It’s the only one of its kind in the area.

The current site is working toward its 24/7 guarantee. Currently, it’s open five days a week and soon it will include night and weekend hours. By the time it’s ready to move, it will likely already have shifted to being open all day every day, according to Jessica Cole, clinical coordinator.

The building was offered to St. Joseph’s by AMC. It will help with one of the new building’s goals: to create a place for people to start their recovery journey. 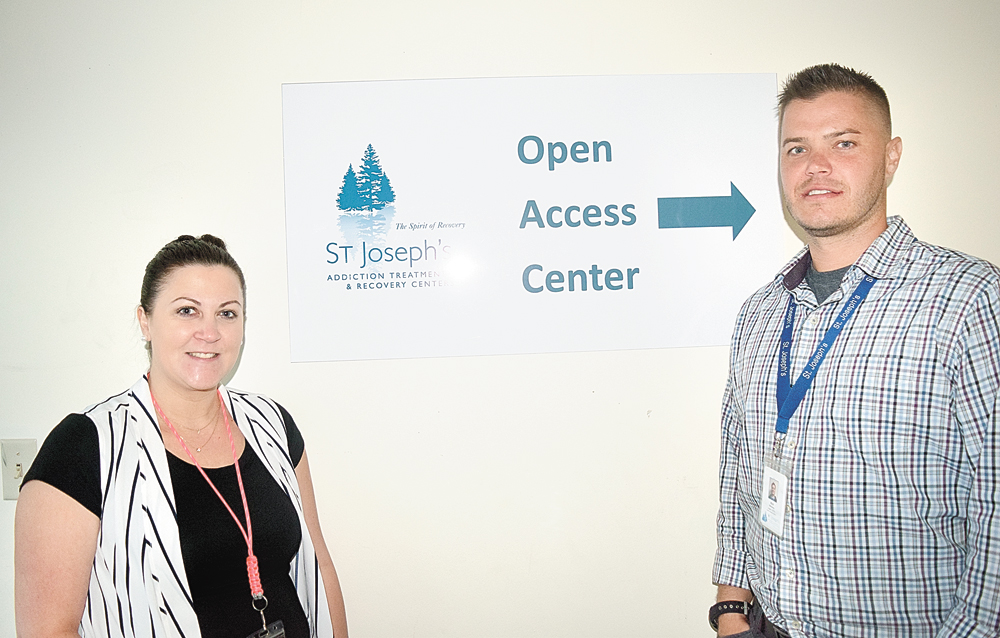 One in 10 people have an addiction problem in the United States, according to St. Joseph’s CEO Bob Ross. Ross said of that 10%, 90% do not get treatment.

“That’s not a number which anybody is comfortable with,” he said.

One barrier to getting treatment is people don’t have somewhere to start their journey. The waitlist for certain in-patient and out-patient services can be a day, and even that can take too long. Cole said they want to get people when they’re confident, and that means within a few hours.

Last week, Cole spoke to someone on the phone and within three hours they got them to the care center. One person who helped with getting that person where they needed to and with the help they needed was Frank Landerway, a mobile counselor.

Landerway has a black van he drives around. It’s outfitted with comfortable seating around a table in the back and cameras and a television screen for video conferences or calls.

“Anything them clinics can do, I can do here,” he said.

Landerway can bring pick people up at their homes and bring them to the Open Access Center and the drug court. He can also counsel them. Landerway worked with St. Joseph’s as a clinic supervisor until 2012 when he retired. He said when he was offered the position as mobile counselor he jumped on it.

The new center will also allow local police an alternative for those they find in trouble. Saranac Lake Police Chief Chuck Potthast said it would provide the police a place to bring those they can’t put in jail but don’t want to just let go.

Another key part of the new center are the certified peer recovery advocates, many of whom know the roadblocks and pathways to success. Richard Whitney, lead CRPA, is one such person. In November, he will be three years sober.

“Once you introduce yourself and you tell your story, you can see that … people really flock to you,” Whitney said. “I see it every day here.”

Whitney said retelling his story isn’t easy, but he’s proud of where he is and he wants to help people lead a happy and successful life.

“It’s not easy, but I know which avenues to go down,” he said.

CRPAs go through hours of training, tests and work experience. In June, Whitney received his certification, but he had already worked 500 hours where he had been treated, at St. Joseph’s in-patient facility in Saranac Lake. Whitney had been part of the veteran’s program.

Zachary Randolph, director of clinical services, said that there is sometimes a disconnect between doctors and people receiving treatment. CRPAs are able to connect on a personal level and help people seek treatment.

“Clinicians, are, by trade, clinical,” Randolph said. “A peer is just to engage the individual.”

Emergency department are now able to also refer those who have come in to cross the parking lot and talk to someone about their addiction. Randoplh said that in emergency rooms people get treated for the symptom, but the cause is left alone.

In the building people like Whitney will walk through with those who come for help on how to get treated, the best avenues for recovery and how to get their lives back on track.

The center can help people with mock interviews, talking through a bad day, drug court and getting more help. There is also a bedroom for people to come in and relax or spend the night if needed. Those who want can call and talk about a recent rough night. There is also a phone app called connectivity, which is free, allows people to register their moods and emotions. It will keep CRPAs in touch with how well they are doing.