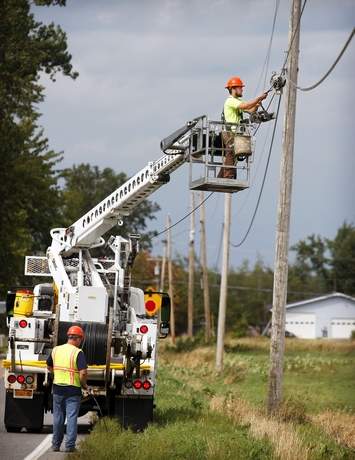 A multi-million-dollar expenditure authorized by the federal government will help provide broadband internet to almost 2,500 unserved homes and businesses in three North Country counties, as well as thousands more across the state.

The Federal Communications Commission granted two approvals for more than $55.4 million to deploy fiber-based broadband access to about 23,000 previously announced unserved areas in upstate New York through its Connect America Fund, according to a news release from Empire State Development. The commission approved one $16.2 million allocation Monday, which will support 8,088 properties across the state, and another $39.2 million allocation was certified on July 15, which will help provide another 15,442 locations with broadband access.

Eight providers will receive portions of the allocation over the next decade to expand their broadband footprints to unserved homes and businesses. According to Empire State Development, Slic Network Solutions will receive $11.3 million to expand its footprint across 4,610 unserved places, including 625 in St. Lawrence County, 499 in Franklin County, 410 in Essex County, 245 in Clinton County and many more across upstate New York. Verizon Communications will receive $18.5 million to provide broadband to 7,767 rural properties, including 1,088 in St. Lawrence County, 693 in Jefferson County, 57 in Lewis County.

“The Broadband Program Office’s partnership with the FCC for the innovative joint (Connect America Fund) auction represents a first-of-its-kind federal and state collaboration to expand broadband access. Today’s announcement is an important milestone for the effort,” Jeffrey Nordhaus, executive vice president of innovation and broadband for Empire State Development, said in a statement.

The more than $55.4 million allocation certified in the past month derives from an overall $170 million the commission approved for New York in 2017, and assists the state’s $500 million New NY Broadband Program to expand access to broadband internet in unserved and underserved areas in the state.

The Enterprise staff contributed to this report.