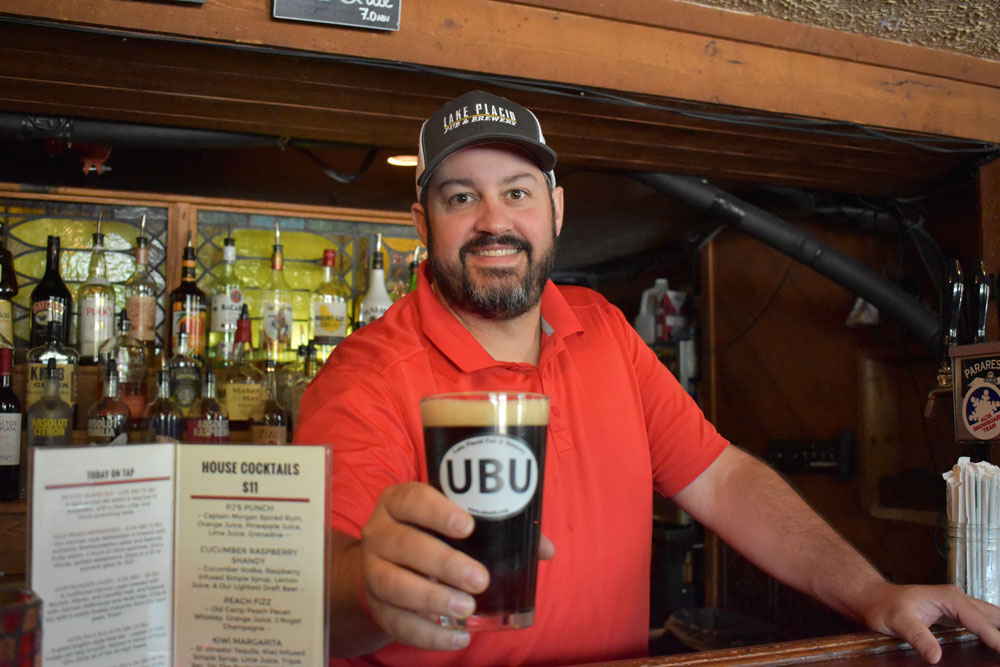 LAKE PLACID — FX Matt Brewing was awarded a silver medal in the Strong/Imperial Ale category at the 2019 U.S. Open Beer Championship last week for Lake Placid Ubu Ale, a local beer that the company is contracted to mass-brew and bottle.

Lake Placid Ubu Ale was chosen from more than 7,000 entries from breweries as far away as Russia. A panel of judges evaluated each entry, submitted across 130 categories, at the international competition in Oxford, Ohio.

Lake Placid Pub & Brewery General Manager Josh Spanburgh said the beer is unique because although it’s an English strong ale at 7% alcohol by volume — which at the time of the beer’s inception in 1996 was considered high — it’s remarkably smooth.

“It’s very smooth, and the sweetness that people get — there’s multiple types of barley, different people will pick up different tastes,” he said. “The taste is there right at the front.”

The local brewery has a small-batch, seven-barrel system. That means they can make up to 220 gallons of ale per batch, or roughly 600 pints. Spanburgh said during the summertime, the brewery churns out upward of five batches in a single week.

For those who come to the company’s Mirror Lake outpost, Lake Placid Ubu Ale purchased there is typically never older than two weeks, he said. The amount of beer sold there, paired with the process of making an ale itself, makes that possible.

“Ales ferment at warmer temperatures,” Spanburgh said. “The yeast is more active than it is in lagers. A batch of ale can be put out in 12 days, where it might take three weeks to make lager.”

The beer was named after Ubu, a 110-pound chocolate lab that was known to roam around the village of Lake Placid before a leash law was established, according to Spanburgh.

“His owner let him out, he would travel town,” he said. “He was big but gentle. He was the nicest dog.”

Spanburgh said the dog reminded Christopher Ericson, the brewery’s owner, of the strong English ale he was brewing: big but gentle.

Paradox Brewery, in Schroon Lake, won a bronze medal in the German/Pilsner Lager category for its Paradox Pilsner at the championship last week.

The Utica-based Saranac Brewery won a gold medal in the English Pale Ale category for its Saranac Pale Ale. Big Ditch Brewing, of Buffalo, won bronze for its Towpath American imperial stout and for its Excavator Brown Ale. Upstate Brewing in Elmira got silver in the New England/Juicy/Hazy DIPA for its Double. Utica’s Woodland Farm Brewery took home silver in the American Black Ale for its Busier Than Hell and bronze in the Wood/Barrel Strong Scotch Ale category for its Rye Batch 3.