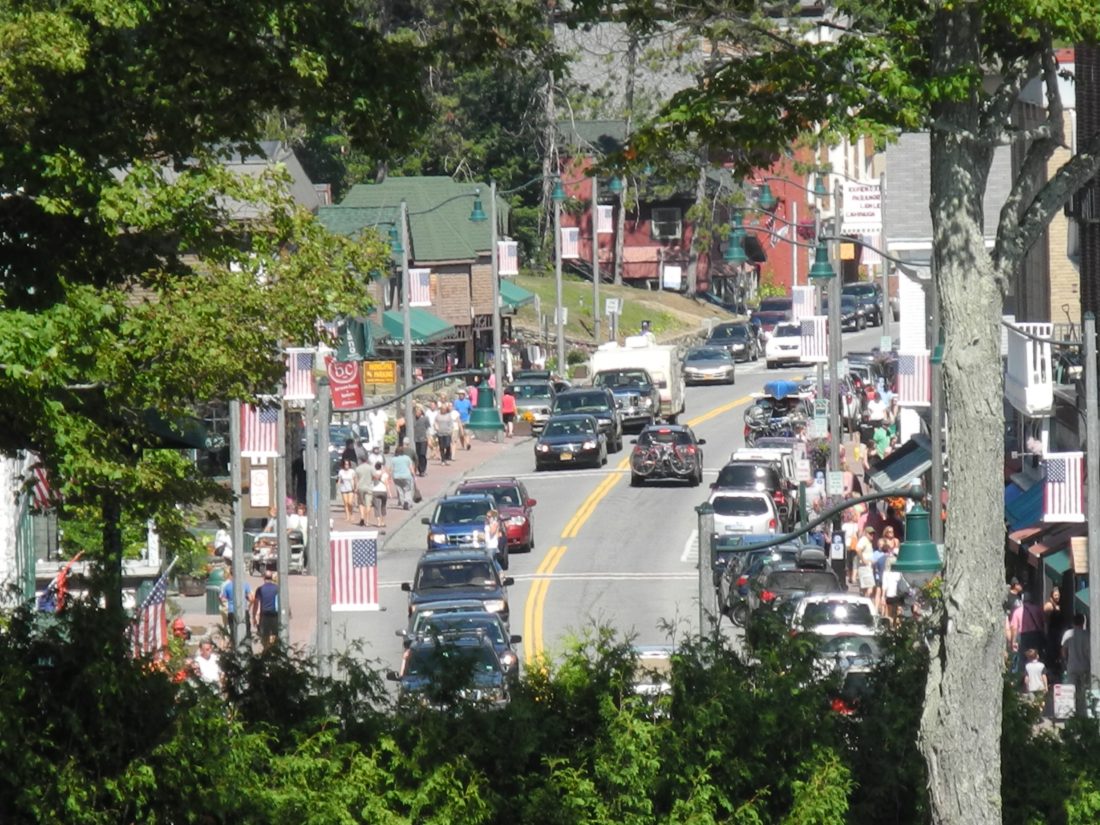 LAKE PLACID — Tourists are spending more money per day in Essex County than they did five years ago, according to a recent study. They’re also leaving sooner, and fewer people are sleeping in the woods.

The Regional Office of Sustainable Tourism’s annual Leisure Travel Study, released in May, was conducted by a third-party research firm, PlaceMaking. The company sent surveys to 63,701 potential travelers in 2018. The study results are compiled from data PlaceMaking received from a total of 3,337 survey responses.

Tourists last year spent $1,151 on average during their stay in Essex County, or $415 per day. Compared to the year prior, that represents a 17.6% increase in spending, when visitors spent around $948, or $340 per day, according to the study.

“Overall, what we’re seeing is that daily spending fluctuates but there’s a general increase,” said McKenna.

Tourists are spending more on shopping, meals and entertainment while they’re here, the study shows. But outdoor activities like hiking, canoeing and fishing remain the main attraction for visitors to the Adirondack Park — especially those who visit Essex County, where 86% of spring-summer visitors said they were coming here to hike.

The number of people who say they’re visiting for the area’s Olympic venues has decreased significantly since 2014 — from 45% then to 29% last year — but has remained steady over the last three years, according to the study. Like 2014, 2018 was a Winter Olympic year, but the survey didn’t record any rise in Olympic tourism here.

Visitors are coming to Essex County for shorter periods but more frequently, according to McKenna. That fits with the Adirondacks being a “rubber tire” destination, but the trend has accelerated in recent years.

More and more, Americans are showing a preference for short getaways of three nights or less, he said, spurring the industry term “micro-cation.”

Millennial and Gen Z travelers, who make up a significant portion of the region’s visitors, typically book accommodations at the last minute and stay two to three days max, McKenna said.

“They take a weekend trip, leave Thursday and come back Sunday,” he said. “That’s a trend we think is going to continue. We’re also seeing people take multiple trips spread out over the course of a year. (Young travelers) are less seasonal. They take trips in the summer, the fall and the winter.”

Fewer people chose to stay outdoors last year than in prior years, and more opted for hotels or short-term vacation rentals, according to the study. Hotels remain the preferred accommodation for visitors.

Last year, 55% of visitors chose to stay at a hotel, motel or resort. That’s compared to 13% who stayed at a vacation rental — whether through Airbnb, AdkByOwner or another outlet — and 11% who chose to camp.

Five years ago, 42% of visitors said they stayed in a hotel or motel, and 7% chose a rental. Roughly 33% said they camped while here, whether that be in an RV, tent or a cabin — three times more than last year.

This trend is mirrored in Hamilton County, which appears to have seen a similar decrease in campers over the years. In 2016, 53% of visitors told ROOST they chose to camp when visiting Hamilton County — last year, that number had declined to 28%.

Camping continues to be popular in Franklin County, but less than it used to be, and hotel stays are growing. Last year 36% of visitors chose to camp rather than stay in a hotel, compared to 45% in 2016.

In that same timeframe, the number of visitors who said they chose to stay in a hotel grew from 13% to 27%.

McKenna said the most significant trend ROOST is tracking is the growth of short-term vacation rentals.

“The biggest trend we see is the vacation rental trend, and that’s where there’s the least information available,” he said.

That’s where studies like this can be valuable, according to McKenna.

“We’re trying to help business folks understand that trend and react to that trend,” he said.

Tourists who visited Essex County last year were overwhelmingly white, affluent, relatively old and from other parts of New York state, according to the study.

Among those who responded to the survey, 24.5% were from the Capital Region and 18.6% from New York City. Altogether, New York residents accounted for roughly 64% of visitors to the county, compared to 8% from Quebec and Ontario collectively.

Visitors to Essex County last year were slightly younger than those who visited neighboring Franklin and Hamilton counties — 54 years old on average, compared to 56 in the other two counties.

Essex County visitors were also more affluent, with an average annual income of $107,065, 11% and 13% higher than visitors to Franklin or Hamilton, respectively.

At 10.9 million people, there were 2.87 times more white residents statewide in 2017 than any other race or ethnicity, according to Data USA, an online data platform by the Massachusetts Institute of Technology, Datawheel and Deloitte. That compares to 3.81 Hispanic or Latino residents and 2.85 million black residents.

The results of the ROOST study show little change in visitor demographics in at least the last two years. ROOST has commissioned travel leisure studies for years, but data on visitors’ ethnicities weren’t collected until 2017.

“The destinations, historically, have been that way,” McKenna said.

He said he wasn’t sure why people of color aren’t coming to the Adirondacks in larger numbers.

“We’re all trying to change that equation a little bit. Our feeling is, we have to see that change in the future,” he said.

“It’s a matter of education that we’re trying to create locally as well as outside the region. To create a sustainable tourism model, diversity is part of the successful formula.”

The Adirondack Diversity Initiative — a volunteer-run coalition of various local marketing, nonprofit and advocacy organizations — is exploring ways to make the Adirondacks more comfortable for people of different ethnicities, cultures and backgrounds to visit and live. In this year’s state budget, $250,000 was allocated to the ADI via the Environmental Protection Fund.

The money was set to be funneled through the Adirondack North Country Association, another nonprofit organization. ANCA was tasked with using the funding to hire a coordinator to expand outreach and programming. That coordinator has not yet been hired, according to Jacob Vennie-Vollrath, regional advocacy coordinator for ANCA. He said ANCA received the necessary paperwork from the Senate to move forward on Tuesday.

“We will be releasing the job posting and officially begin a national search on Thursday morning,” he said in an email. “We are aiming to have the director hired by mid to late August.”