Stefanik votes not to condemn Trump tweets as racist 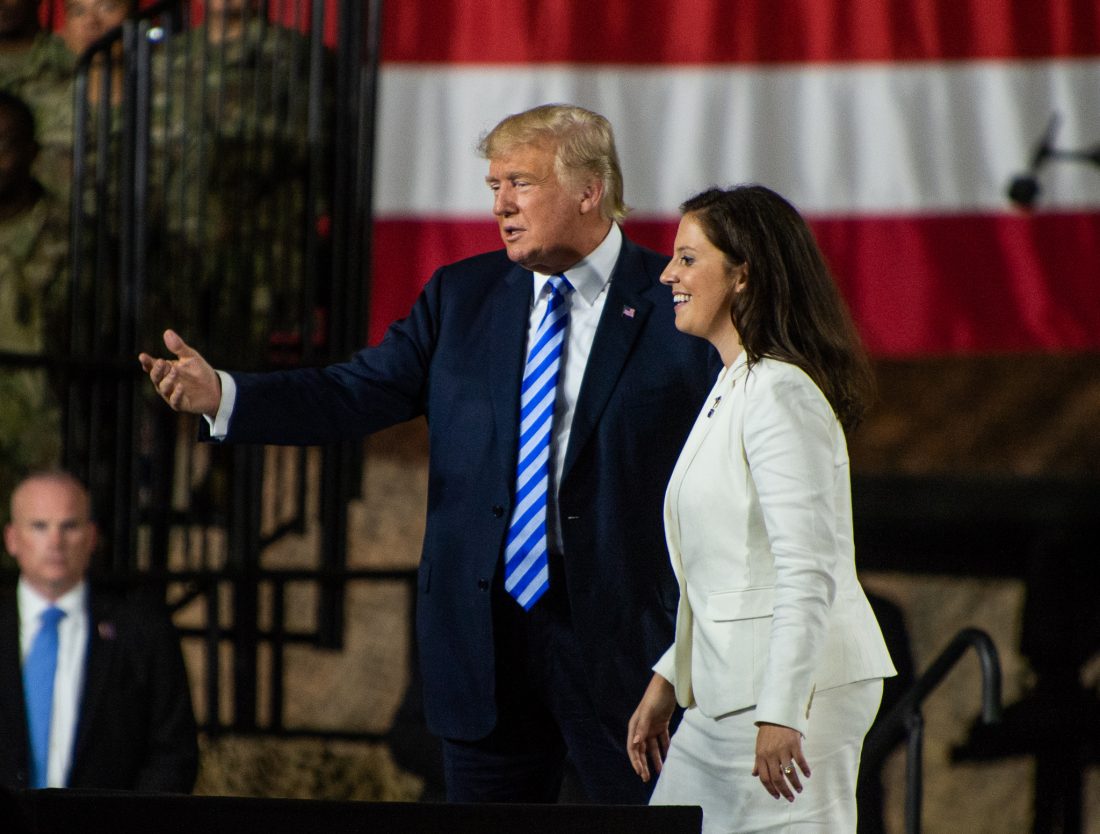 The House majority of 235 Democrats passed the resolution with 240 votes, four of which came from Republicans, and one from from an Independent.

“As I stated clearly, while I do not support the policies, rhetoric, or tactics of the far left socialist ‘squad,'” Stefanik said in a press release, using Trump’s term for the four: Alexandria Ocasio-Cortez of New York, Ilhan Omar of Minnesota, Rashida Tlaib of Michigan and Ayanna Pressley of Massachusetts, “I believe the President’s tweets were unacceptable. However, today the American people witnessed unprecedented partisanship of House Democrats as Speaker (Nancy) Pelosi’s inappropriate words against the President were stricken from the parliamentarian’s record.”

Republican representatives objected to Pelosi using the term “racist” to describe Trump’s tweets, saying they broke House rules forbidding personal attacks against the president. The Democratic House Majority Leader initially ruled that he words were “out of order.”

However, it was later overruled when the motion to strike Pelosi’s words from the Congressional Record failed 190-232, with no Democratic support and every Republican voting in favor of the motion.

“This is the first time this has happened since the 1980s,” Stefanik wrote. “The American people deserve a Congress that works on behalf of the people instead of engaging in Speaker Pelosi and far-left Democrats’ political games.”

The resolution states that the House “strongly condemns (Trump’s) racist comments that have legitimized and increased fear and hatred of new Americans and people of color.”

On Sunday Trump tweeted that these progressive Democratic congresswoman, “who originally came from countries whose governments are a complete and total catastrophe, the worst, most corrupt and inept anywhere in the world (if they even have a functioning government at all),” should “go back.”

He said he was mad that the four congresswomen were critical of the United States government and his leadership.

“Why don’t they go back and help fix the totally broken and crime infested places from which they came. Then come back and show us how it is done,” he tweeted.

All four of those congresswomen are U.S. citizens, and three of the four were born in the U.S. Omar was born in Somalia and came to the U.S. as a refugee as a child.

Trump went on to say they “hate our Country” and demanded an apology from them.

When a journalist asked Trump if it disturbed him that white nationalist groups were finding a common cause with him on that point, he responded, “It doesn’t concern me because many people agree with me.”