Stefanik: Trump isn’t racist, but she doesn’t like his tweets 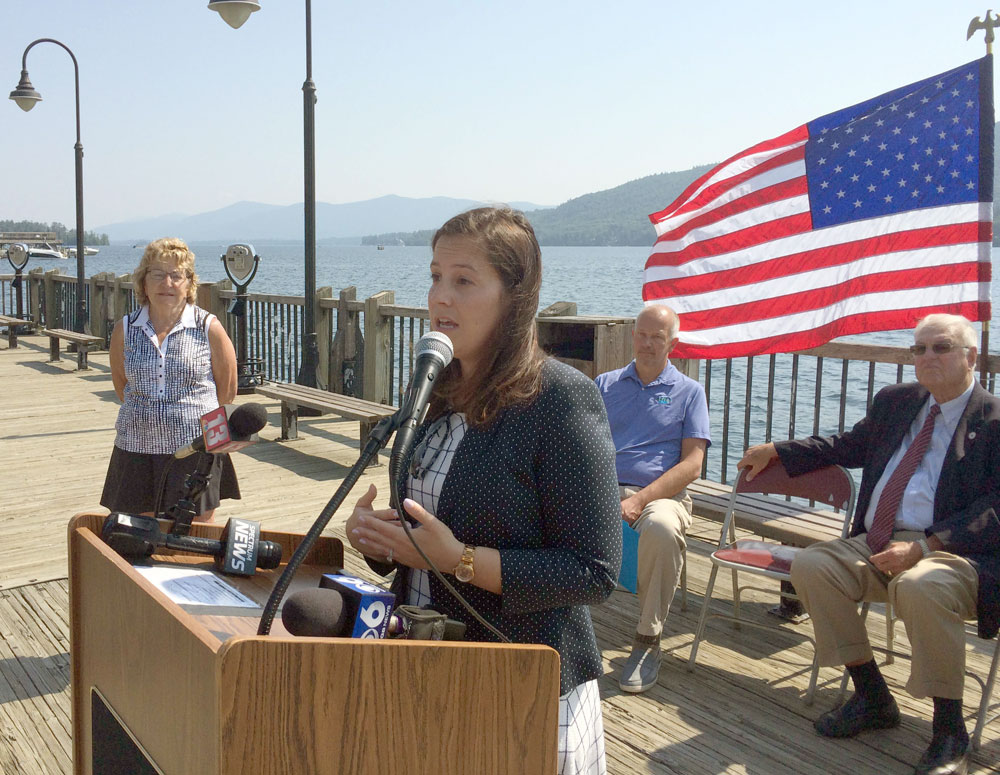 LAKE GEORGE — U.S. Rep. Elise Stefanik said Tuesday that President Donald Trump is not a racist but she wishes he would focus more on solving problems than tweeting.

Stefanik, R-Schuylerville, simply answered “no” to the question, but elaborated after being pressed by a Post-Star reporter.

“I don’t believe he’s a racist. He works very effectively with elected officials from all backgrounds. I didn’t like the tone of his tweets when he targeted what I call the Socialist Squad, the far-left members of the Democratic caucus, but I do not believe the president is a racist,” she said on Tuesday following a news conference to talk about the Lake George wastewater treatment plant project.

Trump has come under fire for tweeting that Baltimore is a “disgusting, rat and rodent infested mess,” and that U.S. Rep. Elijah Cummings, the African American congressman who represents the area, should focus more on his district instead of Trump’s handling of the situation at the southern border.

Earlier this month, Trump had tweeted that four freshmen congresswoman of color should “go back and help fix the totally broken and crime infested places from which they came.”

“I’ve served with Elijah Cummings before. I respect him. He’s well-respected by his colleagues. I certainly don’t support the president attacking on Twitter,” she said. “(Trump) uses Twitter in a very unique way. I don’t use Twitter that way, and I’ve said he should tweet less.

“I think we all need to make sure we are conscious of the language we’re using and we value individuals based upon the ideas they bring to the table — no matter what their background is, their religion is or what part of the country they come from,” Stefanik added.

If Trump is concerned about Baltimore, Stefanik said the president should work with policymakers to focus on lifting Baltimore out of poverty and some of the other challenges that the district faces.

Stefanik also said she does not believe that the nation’s intelligence officials were running a “coup” against Trump in the Russian investigation as he has claimed.

However, she said that questions do need to be asked of senior intelligence officials, including whether the counterintelligence investigation of the Trump campaign was opened based on a tip from a Russian asset.

She also called for Senate Majority Leader Mitch McConnell to bring to the floor bipartisan legislation to strengthen election security.