Wilmington supervisor remembered as tireless worker for town and region 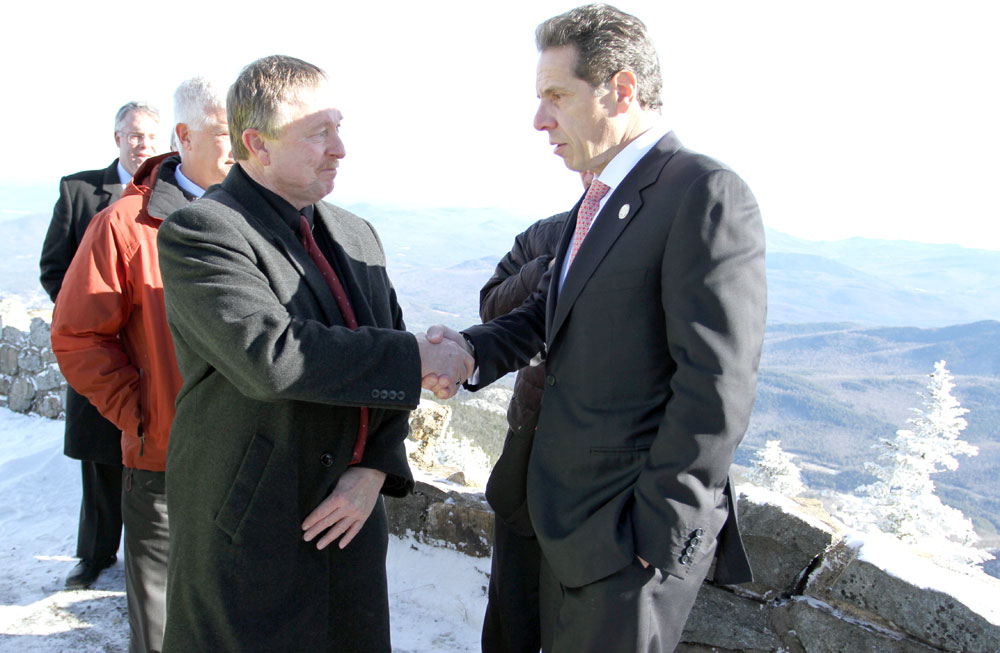 WILMINGTON — When he had a point to make, the corner of his mouth turned up.

Wilmington town Supervisor Randy Preston was known to talk out of the side of his mouth, his eyes slightly narrowed and his teeth half-clenched, when he sought to drive home an issue.

Preston was a staunch advocate for Essex County and the entire Adirondack region. He was a boisterous lawmaker whom colleagues describe as being unwaveringly “cock-sure,” tireless and relentless — a bull in a China shop for the small town of Wilmington — no matter how many surgeries he endured, no matter how difficult life became.

Preston died Thursday evening after fighting for years against an aggressive brain tumor, glioblastoma. He was 60. 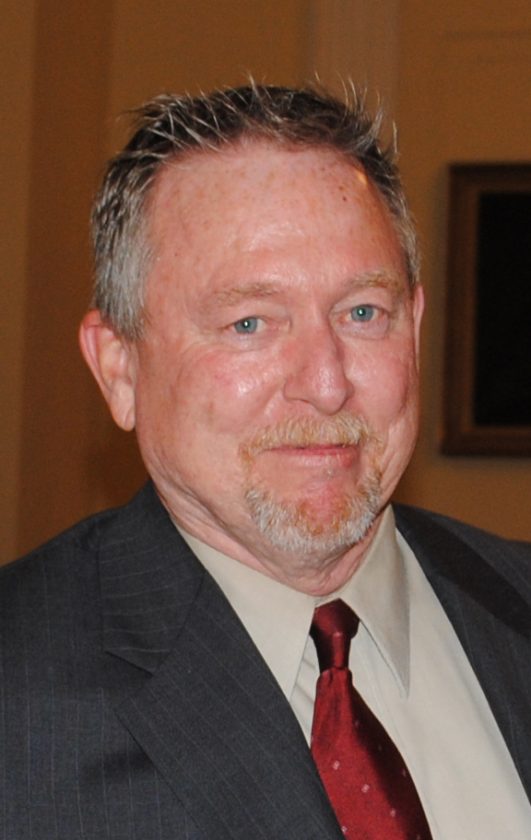 “Words cannot describe what a loving and caring man he was,” Michelle wrote. “He chose to raise five children that were not his by birth but loved them all with every ounce of his being. He loved his little town of Wilmington and was always striving to make it better. The years of dedication to the Wilmington Fire Department showed his true passion.

“Many know he was a tough and stubborn individual which allowed him to be with us the last two years as he bravely battled his horrible disease. My life was forever changed the day he came into my life. He made me into a stronger, braver and wiser woman and I will forever be grateful to him. He will live forever in my heart.” 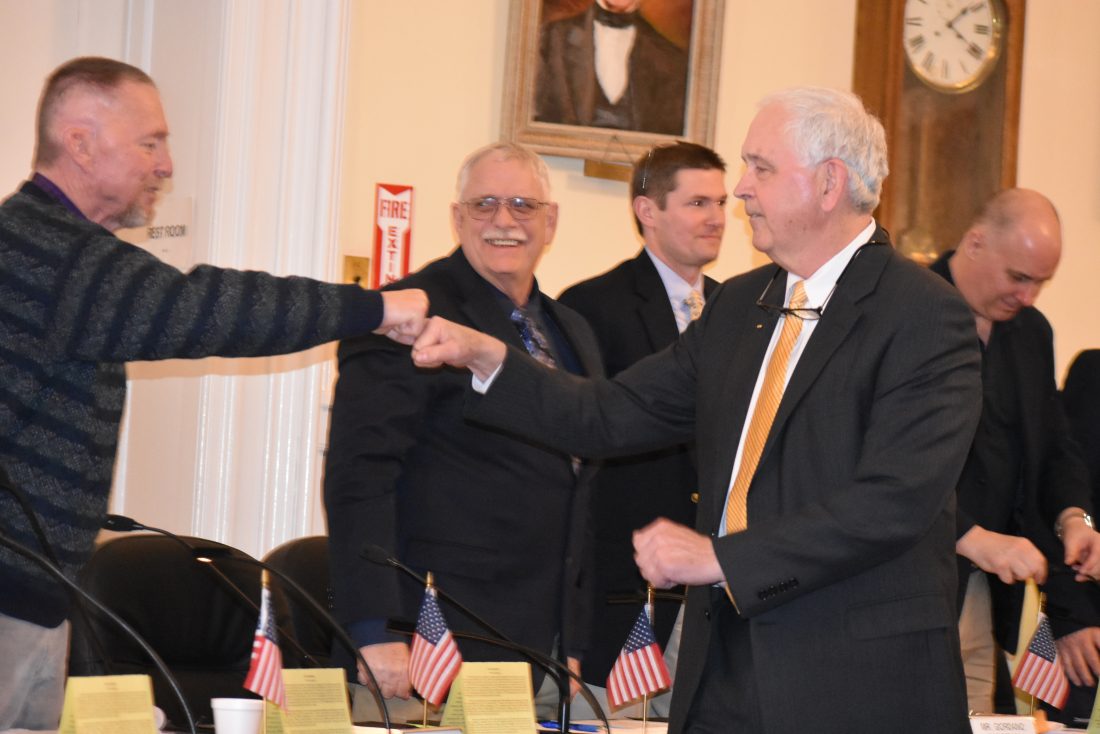 In 2014, when Essex County Board of Supervisors Chairman Shaun Gillilland was a freshman lawmaker, Preston was in the second year of his fourth term.

“He just came across as this larger-than-life kind of character,” Gillilland said. “He was very boisterous and very sure of himself.

At county meetings, Preston could be a wild card, but he was steadfast in his fiscal conservatism.

“He would vote, a lot of times, against things that everybody else had voted for because he’s always been fiscally frugal. He’s always been concerned about the tax rate and not raising taxes on people,” Gillilland said. “In the bread-and-butter issues, I always saw him as a champion for the people of Essex County, particularly when it came to emergency services and emergency medical services.” 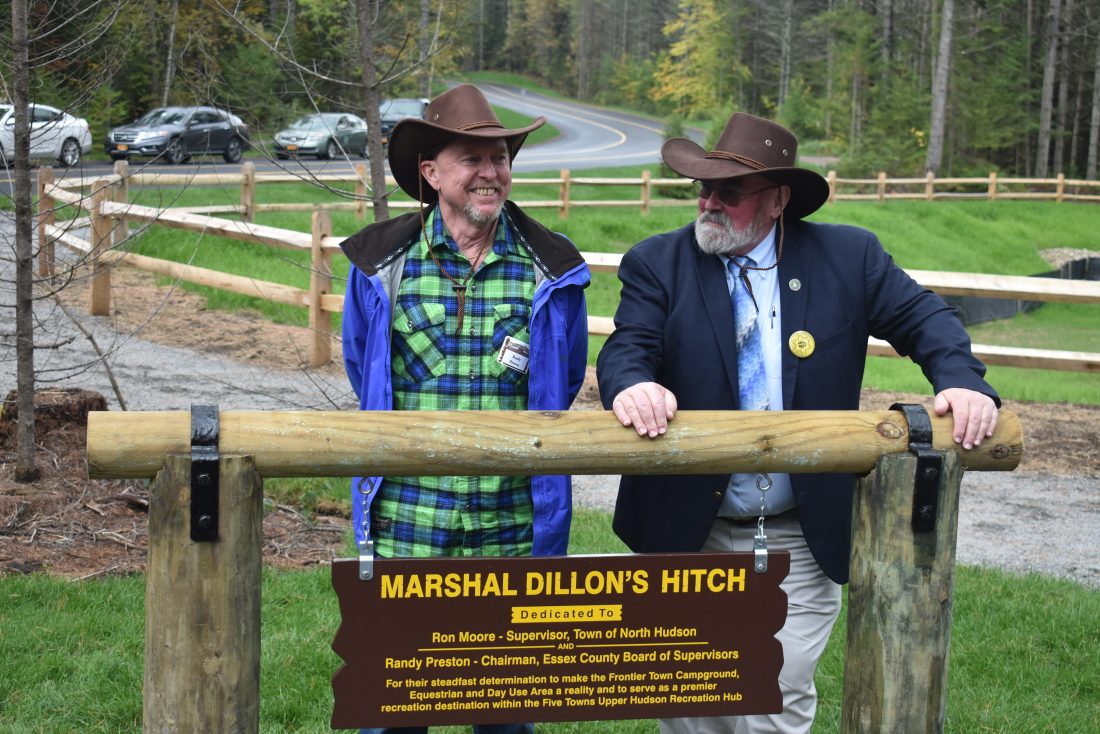 Preston served two one-year terms as chairman during his time on the county board.

Before he was supervisor, Preston spent most of his life showing up for his neighbors on days that, sometimes, were the worst of their lives.

He joined the Wilmington Volunteer Fire Department in April 1977 at the age of 18. He didn’t leave for 42 years.

He was the squad’s chief for 14 years. As such, he wrote grant applications that brought in money for new firefighting equipment. When he noticed that repair crews weren’t doing enough to keep the department’s vehicles in order, he went to the fire district’s board of commissioners and struck a deal: If they paid for his training, he’d maintain the trucks for free. They agreed.

He was chief in 2005 when the then-Wilmington Fire Department and Rescue Squad won an “EMS Agency of the Year” award from the Mountain Lakes Regional Emergency Medical Services Council.

He also served as a fire commissioner. While serving as chairman of the fire district, he set up a fire truck and ambulance replacement schedule that ensured all the emergency vehicles were kept in good condition.

Throughout his career Preston also served as a deputy fire coordinator for Essex County and a member of the Fire Advisory Board.

For him, firefighting was more than a job. It was a part of who he was, said current Wilmington Fire Chief Louis Adragna.

“It was all about helping the community and making sure everybody was taken care of,” he said. “He was an excellent fire chief.”

When Preston was elected town supervisor, Adragna took over for him as fire chief.

“Even when he was elected town supervisor, he was my assistant chief for five years,” he said. “For any emergency situation we had, whether power outages, big storms — he was always a good member, always a part of our truck committees, making sure money was being spent responsibly.”

Preston saw the overarching public safety trends in Essex County, Gillilland said. More and more, volunteer fire departments and EMS squads are having a difficult time recruiting members, and the amount of training these volunteers need to be certified continues to rise. The number of rescue calls also continues to rise, at times leading to calls for help being dropped or going unanswered.

Preston was instrumental in helping to bring in a $2.27 million state grant to help the county execute a new EMS pilot program in four towns, including Wilmington. That money will pay for full-time staff to supplement existing volunteer EMS operations. It’s a test of whether a countywide EMS system would be feasible. If the pilot helps alleviate dropped calls, the county stands to unlock an additional $4 million to expand the initiative.

“If it wasn’t for Randy and his audaciousness, for his walking straight up to the governor and handing him a paper and saying, ‘We are in a crisis and we need your support,’ and developing that relationship with the governor, we wouldn’t be where we are today,” Gillilland said. “He was like a dog with a bone when there was an issue that he thought was right.”

Preston was first elected town supervisor in 2008. Roby Politi had been first elected as supervisor of the neighboring town of North Elba a year prior. Over the years, the two developed a close relationship.

While serving as vice chairman a few years ago, Politi learned he had cancer. It was advanced: stage 4.

“I had cancer before he had cancer,” Politi said. “He used to help me all the time. I couldn’t walk; I didn’t have any hair.”

Politi often had to travel downstate for long, grueling bouts of treatment.

“When I got back (from treatment), my very first meeting back, all these board members were there and they were very sympathetic of me. I said, ‘I’m really glad to be back. As a matter of fact, one of the worst parts of chemo is you have terrible nightmares.'”

His colleagues, including Preston, listened closely.

“I said, ‘Last night I had a terrible nightmare. It was so bad, I thought I was the supervisor of Wilmington,'” Politi said. “They all broke up in laughter. Randy was laughing like crazy.”

Preston’s sense of humor never left him. Politi jokingly called Preston the “mayor of East Lake Placid,” riffing off the lawmaker’s unwavering determination to pull the identity of destinations like Whiteface Mountain from Lake Placid back to Wilmington, where the majority of the mountain actually sits.

“There was a hat by the (Olympic Regional Development Authority headquarters) that read, ‘Whiteface-Lake Placid.’ That would drive him crazy,” Politi said. “He’d say, ‘Whiteface is in Wilmington, not Lake Placid!'”

The distinction was crucial to Preston’s little town.

State Assemblyman Dan Stec, R-Queensbury, said he was standing next to Preston when he walked up to Gov. Andrew Cuomo at an event in Albany and pitched him on helping to get the Whiteface Veterans Memorial Highway repaired.

“Within days, the second floor (governor’s office) had committed to funding that highway,” Stec said. “He got results. That was a major cost to pave that highway, and it needed to be done. It took somebody like Randy that had a relationship with the governor to get himself a face-to-face moment with him on the highway.”

Politi said it was Preston’s lobbying that helped bring the new High Peaks Health Center building to Wilmington, and his concern over road salt that helped draw more attention to the issue.

“Salt was a pet peeve of his: the amount of salt that was being put down by the state of New York on the road, and how that might be affecting the wells, the vegetation, our water quality,” Politi said. “He was a driving force behind trying to get those things done.”

“In Wilmington, the parks and in particular the mountain bike system were things he poured a lot of energy into. It’s become a destination, and I give a lot of credit to Randy for that.”

Sometimes, for Preston, getting things done meant going off script.

“He was always off script,” Politi said. “You never knew what he was going to say. But you know what, he always pulled it off. Somehow, he pulled it off.”

Preston’s influence went beyond the town of Wilmington and Essex County. He was known to lobby both state and federal officials on issues that impacted the greater Adirondack region.

“Preston had always been a passionate and dedicated advocate for local government in the Adirondacks, whether to bolster state support for EMS and first responders or calling out Frontier Communications for spotty internet service,” Pete DeMola, a staff writer for the Daily Gazette in Schenectady, wrote on social media Thursday. DeMola covered Preston for four years as a reporter and editor for Sun Community News in Essex County. “Perhaps most memorably, Preston needled (the state Department of Environmental Conservation) for forest ranger challenges at a high-profile event to promote the Frontier Town reopening last fall, which is how I will always remember him: Unrepentant, fierce, honest, caring and one hell of a guy.”

State Sen. Betty Little, R-Queensbury, remembered that Preston was instrumental in helping the so-called “Gateway to the Adirondacks” get off the ground. This more than $25 million state- and privately funded project converted the former Frontier Town theme park in North Hudson into a tourist destination, replete with a state campground, pedestrian and equestrian trails, and soon a new brewery.

“North Hudson was not his district, but he knew it was helpful to the Adirondacks,” Little said. “He worked just as hard on getting that through as anything else.”

Little said the North Country has lost an “incredible advocate and such a great man.”

“We had needs, and if somebody like Randy wasn’t vocal and pushing and really relentless before the state, a lot of things wouldn’t have happened,” she said.

Moriah town Supervisor Tom Scozzafava remembered that in 2011, when the minimum-security Moriah Shock state prison was on the chopping block, Preston and then-county board Chairman Randy Douglas banded together to lobby lawmakers in Albany against shuttering the facility.

“We printed up all these brochures. We were going to storm the halls of the legislature and lobby for Moriah Shock,” Scozzafava said. “We pulled into the parking garage in Albany, and Randy Douglas popped the trunk of his car. There was a pink suitcase.

“Randy said, ‘If you think I’m going to tote a pink suitcase around Albany, you’ve got another thing coming.’ He had a great sense of humor. He could be obstinate, but so can I. At the end of the day, we were friends and we respected each other’s point of view.”

Ultimately, Moriah Shock was taken off the chopping block and remains open.

DEC Commissioner Basil Seggos said he was “going to miss Randy very much.”

“I feel lucky to have called him a friend,” Seggos wrote on social media Thursday. “This is a big loss for the Adirondacks and all of New York. My heart goes out to his wife Michelle.”

Garry Douglas, president of the North Country Chamber of Commerce in Plattsburgh, said Preston was “among the most impressive” local leaders he had worked with.