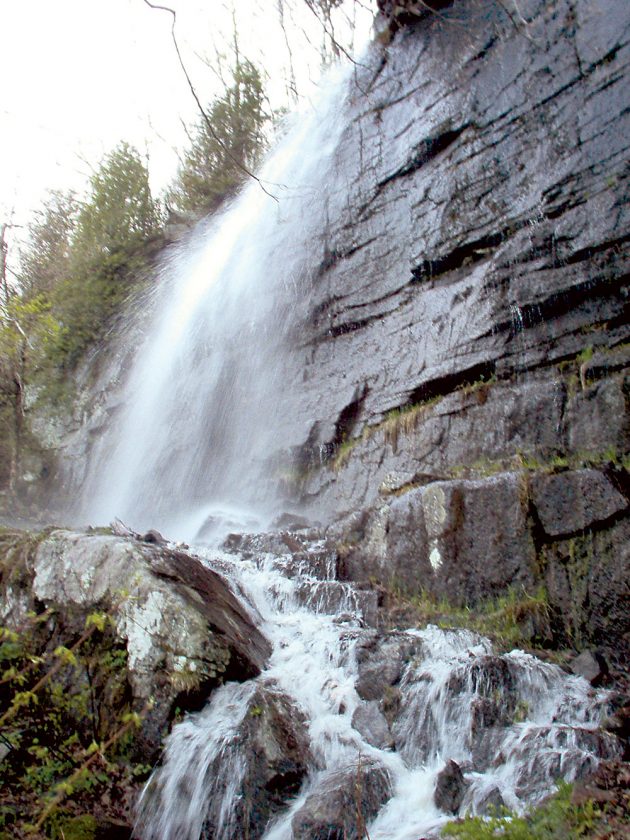 Part of a waterfall on Cascade Mountain is seen in May 2009. This is not necessarily the spot at the waterfall series where a hiker was found dead Wednesday evening. (Enterprise photo — Don Hare)

KEENE — A 23-year-old man died Wednesday after a fall from Cascade Falls in the town of Keene.

Garsevan Bekauri, of Lake Placid and formerly of Geneva, was found dead Wednesday evening by a passing hiker, according to Essex County Coroner Frank Whitelaw.

Whitelaw said it appears Bekauri fell from the falls and that he was found dressed for hiking. New York State Police and state Department of Environmental Conservation police are still investigating, and an autopsy is scheduled for Friday at Champlain Valley Physicians Hospital in Plattsburgh.

Police were notified of the death sometime after 7 p.m. State Police public information officers did not immediately respond to requests for more information Thursday.

“At this point, there’s no suspicion of foul play,” he said.

Whitelaw said Bekauri’s family members have been notified of his death. An official cause and time of death has not yet been determined.

(Correction: An earlier version of this article said Bekauri was from Geneva, based on information from Whitelaw, but the Enterprise has since learned Bekauri had moved to Lake Placid.)