Community within a community 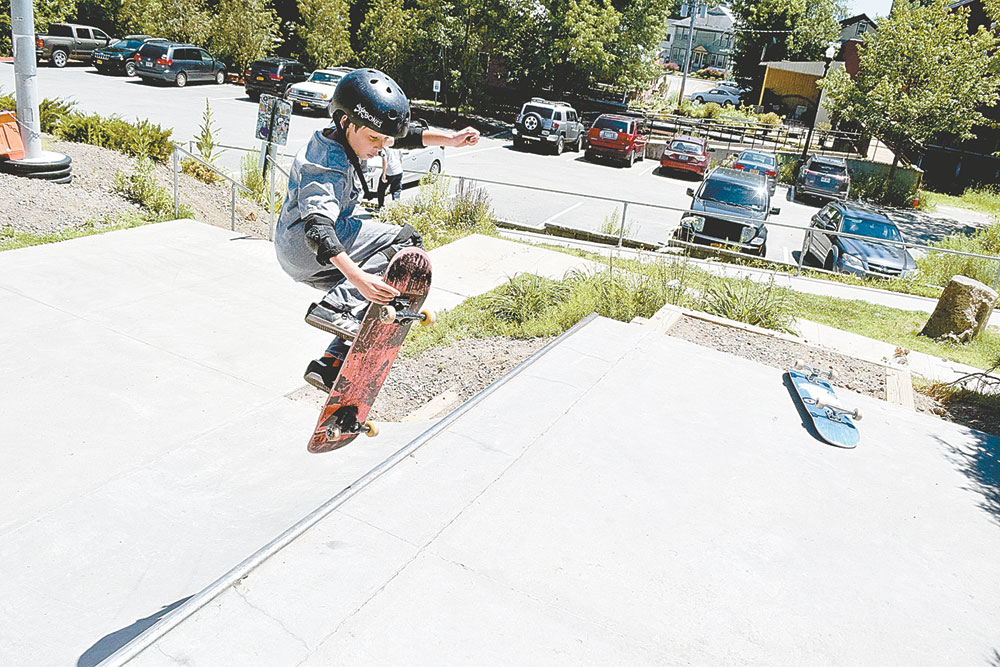 SARANAC LAKE — In two weeks, it will be the third anniversary for the Saranac Lake SkatePark, a haven for those on one board and four wheels.

The SkatePark was proposed 23 years ago when skaters attended local government meetings, demanding for a place to skate legally, according to village of Saranac Lake Deputy Mayor Rich Shapiro. The response to the skaters was simple: Get the money, and we’ll build the park.

The challenge was accepted.

Around 300 skaters participated in fundraising events, such as hot dog sales and car washes, according to Shapiro. In all, 110 businesses donated to the cause, but it wasn’t until a Tony Hawk grant of $25,000 that the plan to build became legitimate.

Shapiro, his wife Lindy Ellis and about 10 others joined the Saranac Lake SkatePark Committee, which was led by Peggy Wiltberger. Committee members figured out what the park should look like, they and proposed locations, finally settling on a sheet of asphalt parking lot between Church Street and Broadway, a stone’s throw away from the Saranac River. Almost three years after the park opened, the community effort is now a place for people of all ages — locals and visitors –to visit, play and relax. 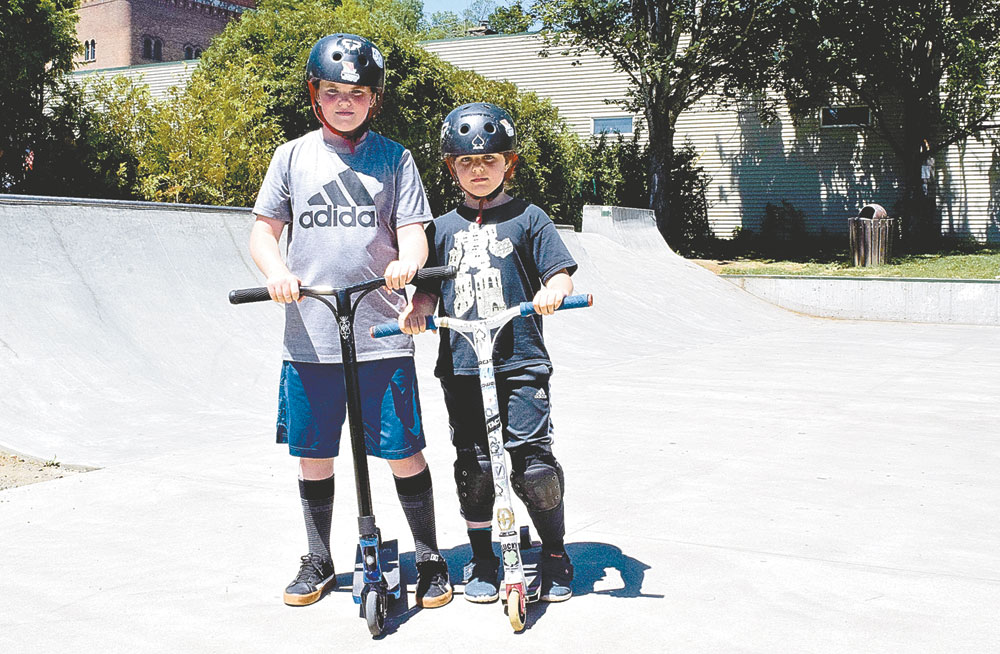 Levi, left, and Cody Lambert came from Brooklyn with their father, and all three used the Saranac Lake SkatePark while on vacation. (Enterprise photo — Kevin Shea)

The largest piece of the population pie consists of older skaters in their 20s and early 30s, contrary to what was expected, according to Shapiro. There are at least 20 people assumed to be a part of this group.

Skating hours vary depending on the age. Those in their teens or younger tend to use the park in the early afternoon. Peak usage is around 4 p.m. when work starts to let off and the sun begins to drop in the sky, several skaters said.

Older skaters tend to use the park at night — from dusk, approximately when the lights kick on, to 9:30 p.m. Sunday through Friday, or until 11:30 p.m., when the lights shut off.

Skaters also vary in their residences. Many are locals, but several come from Tupper Lake, Lake George and Plattsburgh. The Plattsburgh crew is particularly well liked.

Many tourists also use the park, according to Paul Smith’s College student James Rounds. Brian Ward, who lives in Brooklyn but visited the past few weeks, brought his two kids to skate in the park.

“It’s a great community of people,” Ward said. “Everyone’s helping each other out. For me it’s a great place to hang out and feel young again.”

Rounds and fellow Paul Smith’s College student Nick Brewer have used the SkatePark for several years. Both say it was one of the reasons they chose to attend Paul Smith’s.

The diversity among park users allows for greater inclusion. There is no one outfit all must wear, no drink that all must consume — skaters hit up either Nori’s, Stewart’s or Rite Aid for food and drinks.

Everyone abides by the same etiquette. The main rule is to be courteous.

“Everyone kinda takes their turn because it’s a small park,” said skater Aiden Crandall, who was visiting his friends Rounds and Brewer.

There are other rules set by the village, such as no loud music and no smoking. Strong said the music rule was something local businesses, such as the Left Bank Cafe, had and issues with. At first, the music was too loud. In the past year, however, he said there have been fewer noise complaints.

Jorie Favreau, who visits with her 10-year-old son Ivan, said that at times there is obscene language in the music played, and occasionally someone can be found smoking. She added, however, that any issues are always taken care of by the skaters.

As she was saying this, one of the skaters picked up his board and was starting to draw a cigarette while walking toward the road, away from the park, so as to respect the rules. Favreau smiled and acknowledged the gesture.

Those involved with the SkatePark, even those who don’t skate, appreciate the camaraderie and respect among the skaters.

“The skating community is one of tolerance and inclusion,” Ellis said.

Favreau’s son first learned how to skate when the park opened. He bought a skateboard at a garage sale — a rinky-dink board, according to Ivan. Yet the older skateboarders taught Ivan for free, and they helped him tweak his board so it functioned as best as it could.

“A lot of them are just great people,” Ivan said.

The feeling of positivity and encouragement can be felt almost every day, most say.

“It’s always a good vibe down here,” Johnson said. “Everybody’s positive down here and killing it.”

Several skaters said that one skater in particular, Johnson, adds to the warmth in the community and brings a hyped, positive vibe. When asked if this was true, Johnson said, “I don’t know about that, but I do bring the music.”

On Sunday, under a bright sun but a cool day, he played from a large speaker the classic “September” by Earth, Wind & Fire. The rest of the afternoon featured kid-friendly hits such as “Tiny Dancer” by Elton John.

There are aspects of the park that some skaters say could be improved. For example, it could use a water fountain, more basic features for beginners, more advanced features for advanced skaters and more overall space to skate.

Competitions would also be a welcome return, according to some skaters. Competitions used to be a big thing, but none have been held since the skate shop down the street, Crooked Hills, closed two years ago. The store used to donate gear to winners of the competitions.

“It’s harder to have competitions without a sponsor,” Rounds said.

But many said the current setup is sufficient. It’s already one of the best parks for skateboarding in the Adirondacks, according to a few skaters.

“The SkatePark itself is just really well built,” Rounds said.

Without the park, skaters would have to take to Saranac Lake’s streets and sidewalks again, something that is illegal. Strong said that before, kids would get nabbed for skating in the streets. Now, at least, they have a common place to meet up, hang out and kill it on one board and four wheels.

(Correction: An earlier version of this article incorrectly said Shapiro, Ellis and about 10 others formed the Saranac Lake SkatePark Committee. Shapiro and Ellis joined the committee, which had existed previously. Also, the earlier version got Tim Johnson’s last name wrong in some instances.)