‘Bigger, better’ Woodsmen’s on tap for this weekend in Tupper Lake 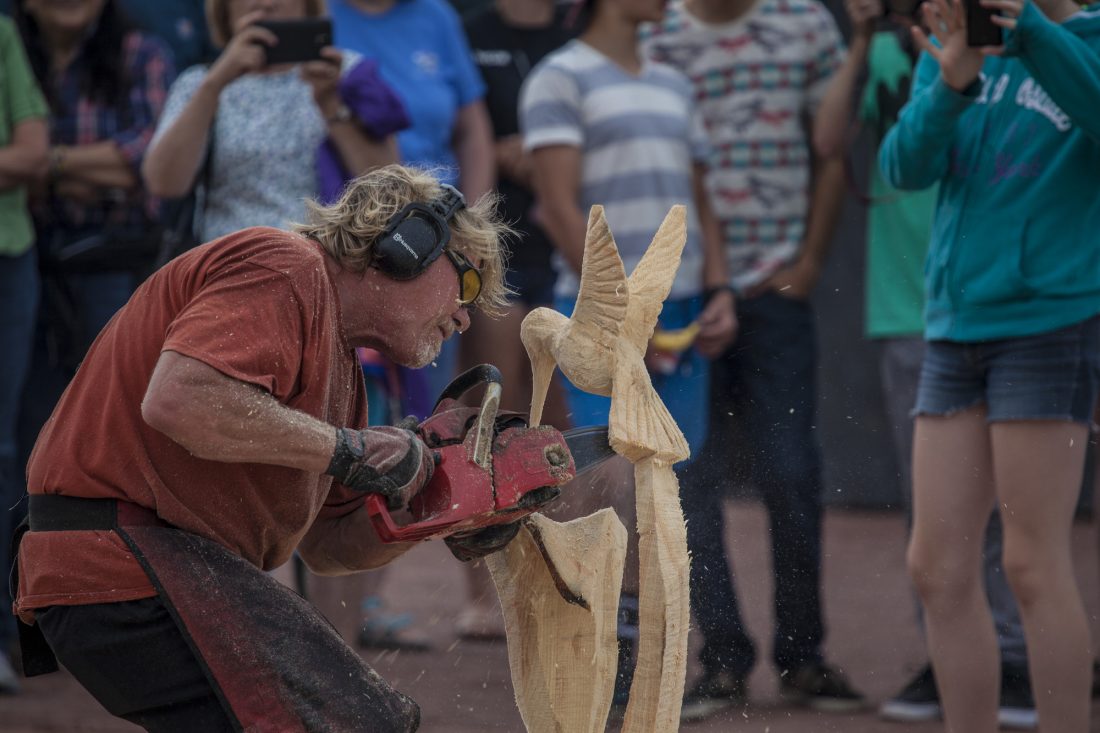 Woodsmen’s Days will return to the Tupper Lake Municipal Park this weekend. (Photo provided by ROOST)

TUPPER LAKE — Woodsmen’s Days is this weekend and organizers of the event say it is bigger and better this year, with new attractions, returning events and a “Woodsman’s Revival” parade taking place on the old parade route uptown on Park Street.

The event has been a staple of Tupper Lake summers since 1983, celebrating a history rooted in the 1930s, and though it has not been as large as it had been in the past, there is a growing group of volunteers, led by four dedicated organizers who are intent on growing the festival.

Earlier this spring, the Enterprise reported on the volunteering struggles the four main organizers — Amanda Lizotte, Nielson Snye, Buck North and Denise Villeneuve-Roberts — said they have had in recent years. Since then, Lizotte said six to eight new volunteers have joined, bringing the total volunteering group to around a dozen pairs of hands.

“Everybody has gone above and beyond to make this bigger and better,” Lizotte said. “I just hope that people notice a difference.”

Lizotte is in charge of organizing the parade, which will return to its original route down Park Street this year. In recent years, the parade has run up Demars Boulevard to the Municipal Park.

Lizotte said she has around two dozen floats, big machinery vehicles and marching bands signed up for the parade but she is still taking last minute applicants through the end of Friday. Floats in the parade are eligible to win prizes.

After the opening parade Friday at 10 a.m., log cutting and axe-throwing will return to the festival at the park after several years of absence, run for the first time by the New York State Lumberjacks Association.

The day will be filled with heavy machinery competitions, kids games, chainsaw carving and auctions, a Log a Load for Kids raffle for the Children’s Miracle Network Hospitals and a dunk tank, which Lizotte said she hopes to stock with local politicians and other well-known faces.

Also returning this year, Lizotte said, is a wine slushie booth, which she said was very popular several years ago.

Kids can run through a huge bounce-house obstacle course, get a team together to try conquering the kid’s greased pole, or compete in a watermelon toss.

At night, the popular tug-of-war and greased pole competitions start, where competitors, drenched in sweat, mud and grease will put their strength and agility to the test.

Friday night’s activity is a dinner at Raquette River Brewing with live music by Bittersweet. Sunday will bring more carving and skidding competitions and equipment demonstrations.

Lizotte said she is praying for nice weather and that anyone looking to register a float in the parade can call her at 518-578-6889.

All day — Chainsaw Carving Contest (in the grandstand)

Throughout the day — Equipment demonstrations