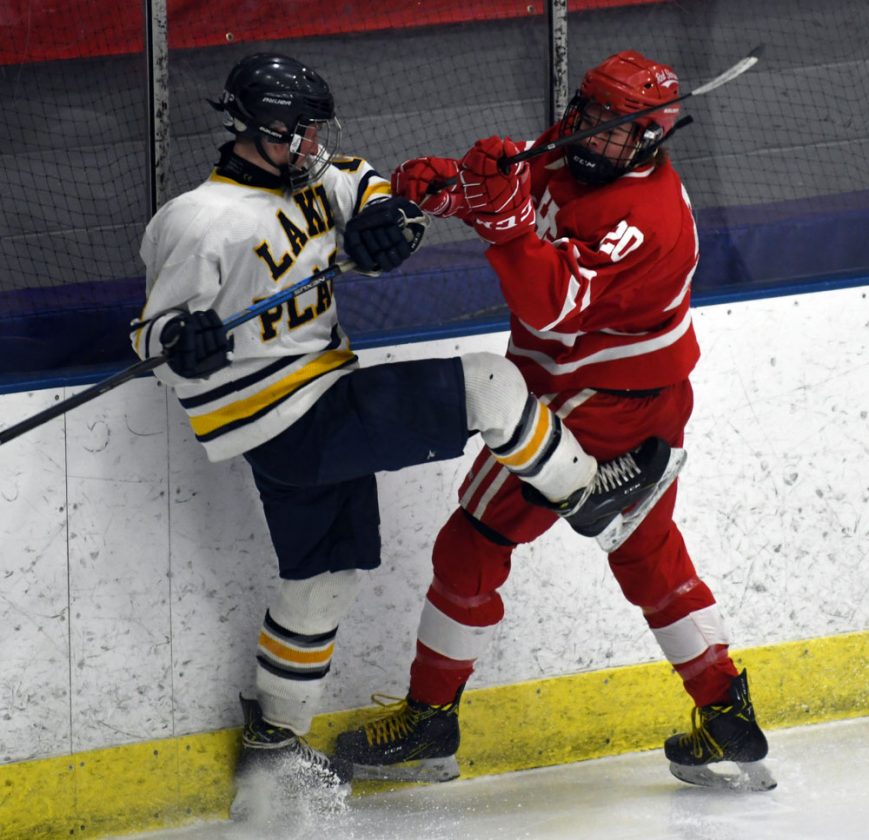 The combining of the Saranac Lake and Lake Placid’s high school boys’ hockey teams could be finalized by both school boards by the beginning of July.

The need for a Saranac Lake-Lake Placid team has arisen this year due to dwindling numbers, especially in Lake Placid. The two schools’ girls hockey teams merged in 2017.

A merger of the schools’ Alpine ski teams was also proposed this year, but that has been moved to next year. Some parents raised concerns about merging the Alpine ski teams because that would eliminate both teams’ only competition in Section VII.

The Saranac Lake Board of Education has a resolution to approve combining the boys hockey teams on the agenda for its June 19 meeting, but it could be pushed back to July 3 depending on community output, according to district Superintendent Diane Fox.

Lake Placid school officials plan to have a discussion of the merger on June 18 and then vote on it July 2.

If both school boards approve it, then the New York State Public High School Athletic Association Section VII would have to approve it.

Parents shared fears, hopes and questions about the possible hockey and ski team mergers at a discussion held May 28 at the Saranac Lake Golf Club in Ray Brook. At a Saranac Lake Board of Education meeting last week, Athletic Director Eric Bennett shared some of his thoughts from the meeting and what else he’s seen.

One fear, if the teams are not merged, was the possibility of adding freshmen or bringing up players from middle school to the varsity roster. One parent said he was worried that having those kids play against bigger and stronger seniors could be dangerous. Bennett said he had seen that this was a big worry for many parents and that a second practice team would allow those kids to keep playing and practicing without the danger of league play. This would also allow players on the team who might get cut to continue playing.

The Lake Placid team is expected to have 10 to 12 players and one goalkeeper. Saranac Lake expects 16 returning players and perhaps some new freshmen.

Saranac Lake’s higher numbers for this year have led some to ask whether its team needs to give up its identity when it could just absorb the Lake Placid players. Other parents have said the girls are embracing this new identity of Saranac Lake Placid.

Some parents suggested not merging the teams, as the Saranac Lake team has enough players to keep playing, but other parents have said that if the schools ignores this now, it would be inevitable they would face this issue in the future.

Bennett said the worry of identity is not prevalent among kids and parents, that many just want to keep playing, and that won’t be possible without a merged team because there won’t be enough players to stay separate.

Bennett said he hopes the merger happens soon as other teams need to build their schedules for the hockey season now, and waiting much longer would cause issues for teams trying to book hotels and transportation.

The combined Saranac Lake Placid girls hockey team started with 26 players in 2017. This year there are expected to be around 15. A parent at the May meeting said her daughter has enjoyed being part of the merged team.